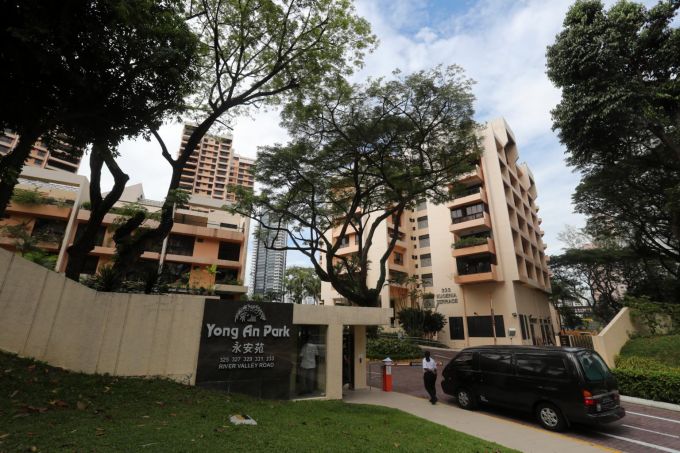 A 6,577 square foot (sq ft) unit at freehold Yong An Park along River Valley Road was transacted for S$12.5 million (S$1,901 per square foot) in September, earning the seller a handsome windfall of S$8.7 million – and making it the most profitable transaction by quantum in the third quarter of this year.

The 25th floor unit at the project in prime district 9 was purchased for a fraction of that price at S$3.8 million (S$578 psf) back in 2000. The seller held the unit for nearly 211/2 years, translating to an annualised profit of 5.7 per cent.

This is according to data from real estate consultancy Edmund Tie Research, which studied caveats for private homes with a prior purchase history that were transacted in Q3 2021, and then ranked them as the top 5 profit- and loss-making deals, both by percentage and by quantum.

At S$862 psf for the unit, it was a historical high, noted Edmund Tie’s senior director (research and consulting), Lam Chern Woon.

Based on the holding period of a little over 151/2 years, the annualised profit worked out to a shade under 10 per cent. The seller’s original address was listed as a HDB at the point of purchase in 2005, which suggests a HDB upgrader. 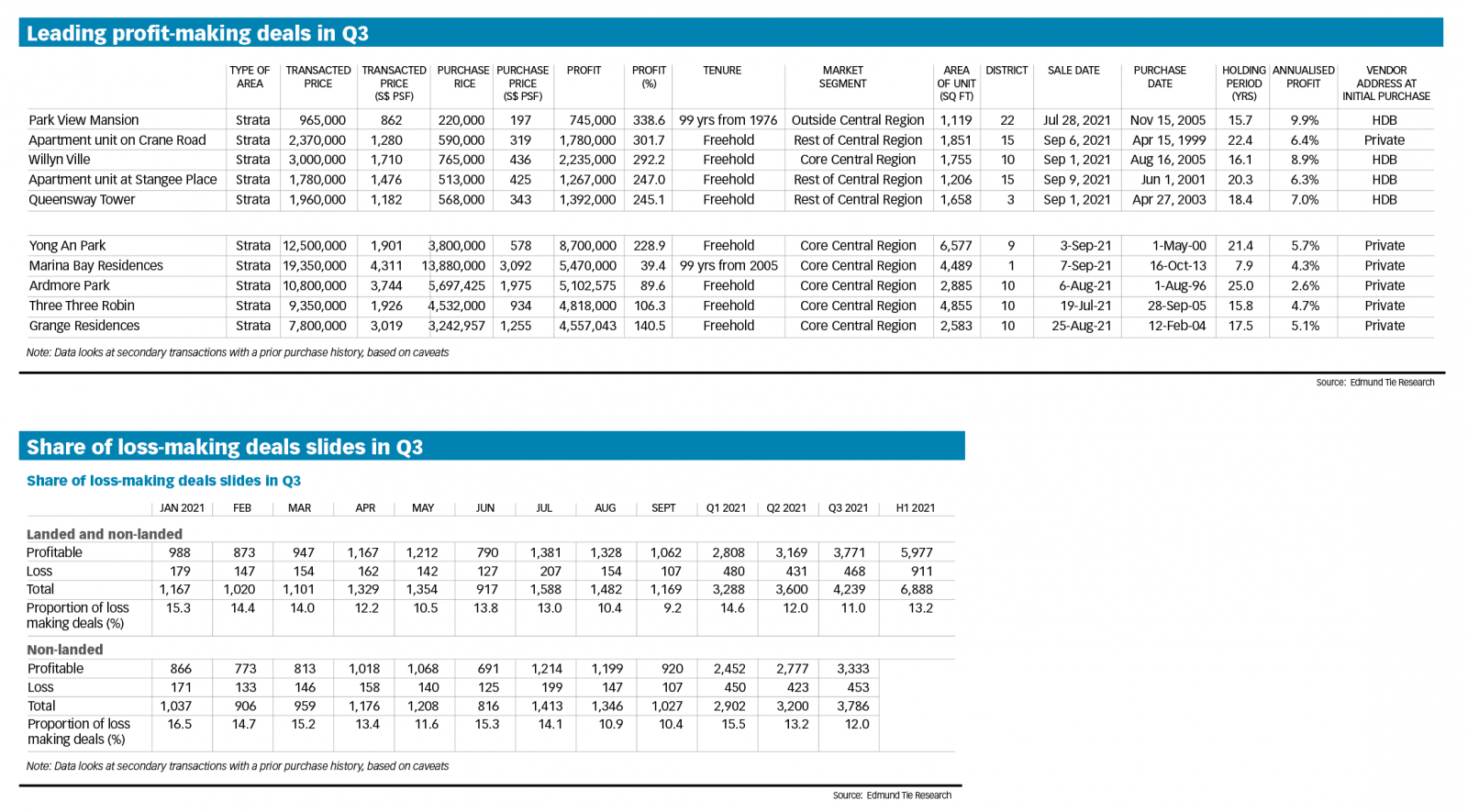 Looking at the 5 most profitable transactions by percentage, they shared some common characteristics: all 5 were held for at least 15 years or more, which reaped the sellers annualised gains of between 6 and 10 per cent, while 4 of the 5 were freehold properties. Profits ranged from about 245 per cent to nearly 340 per cent for these 5 deals.

Where the top 5 most profitable deals by quantum were concerned, 4 of the 5 were freehold, and all were located in the Core Central Region (CCR).

Meanwhile, the top 5-loss making deals by quantum racked up losses of between S$2.9 million and about S$7 million – despite the fact that 4 of the 5 properties were held by the sellers for between 10 and 14 years. Four of the 5 were freehold projects and 4 of them were also located in the CCR.

In this instance, it appeared that time in the market did not, in fact, beat timing the market. “Most transactions were purchased unfavourably from a timing point of view in 2007 at the property cycle peak,” added Lam.

Lam went on to note that there was only 1 transaction in the CCR for the top 5 profitable deals by percentage, which he attributed to a slower run-up in prime residential prices in the current cycle. He added: “Unsurprisingly, there were a number of CCR deals that made the loss-making list by per cent too.”

Edmund Tie Research also studied the proportion of loss-making transactions (landed and non-landed) in the resale market this year, which retreated from 13.8 per cent in June to 9.2 per cent in September even as safe-distancing measures that were implemented to curb the pandemic resulted in tighter home viewing restrictions.

This is supported by rising property prices, as seen by the URA property price index, Lam highlighted. Non-landed property prices are on an upward trend and have clocked an 8 per cent gain since the first quarter of 2020.

In fact, the combined percentage of loss-making deals for the overall market (landed and non-landed) worked out to 12 per cent for the first 3 quarters of this year – below the 14 per cent seen in 2019 before the pandemic erupted, according to the consultancy’s calculations.

“The buoyant housing market remains driven by abundant liquidity and delays in housing construction, which is resulting in a domino effect across the public resale and also private resale housing markets,” Lam said. “We believe that the resale momentum will continue amid an improving economic climate and expect a greater incidence of resale profitability in the fourth quarter of the year.”

And there’s one bright spot for sellers in the resale market.

As Singapore continues to add more nations to its vaccinated travel lane scheme, the market – in particular, in the prime districts – could ultimately benefit from the return of foreign buyers, who have largely been kept at bay by travel curbs.