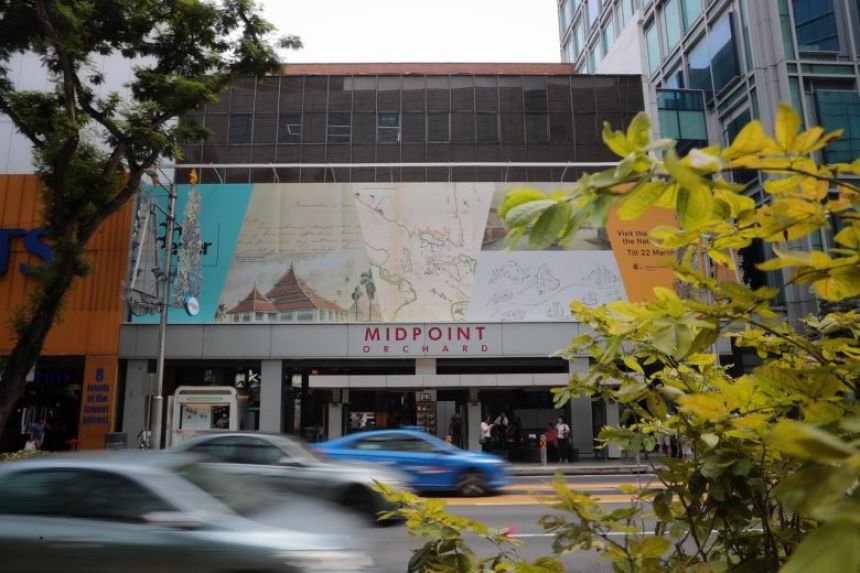 The Urban Redevelopment Authority (URA) is offering the owners of Midpoint Orchard, Orchard OG and Faber House sweeteners to spur them to redevelop as part of Singapore’s plan to rejuvenate its most famous shopping belt.

Observers said that this could be a way to negotiate the tricky situation surrounding Midpoint Orchard – a strata-titled building which, The Straits Times understands, has about 60 owners.

Developer and hotel operator UOL owns most of Faber House while OG owns Orchard OG at 228 Orchard Road. Faber House’s first storey has been sold to United Overseas Bank, according to a UOL report last year.

All three properties are on freehold land.

To encourage them to join its rejuvenation drive, the authority is allowing the building owners to convert their commercial properties to a hotel or serviced apartments, according to a letter sent to Midpoint Orchard owners, seen by The Straits Times.

It is also allowing a higher gross plot ratio – to develop the land parcel more intensively – if building owners can work together to redevelop the land. 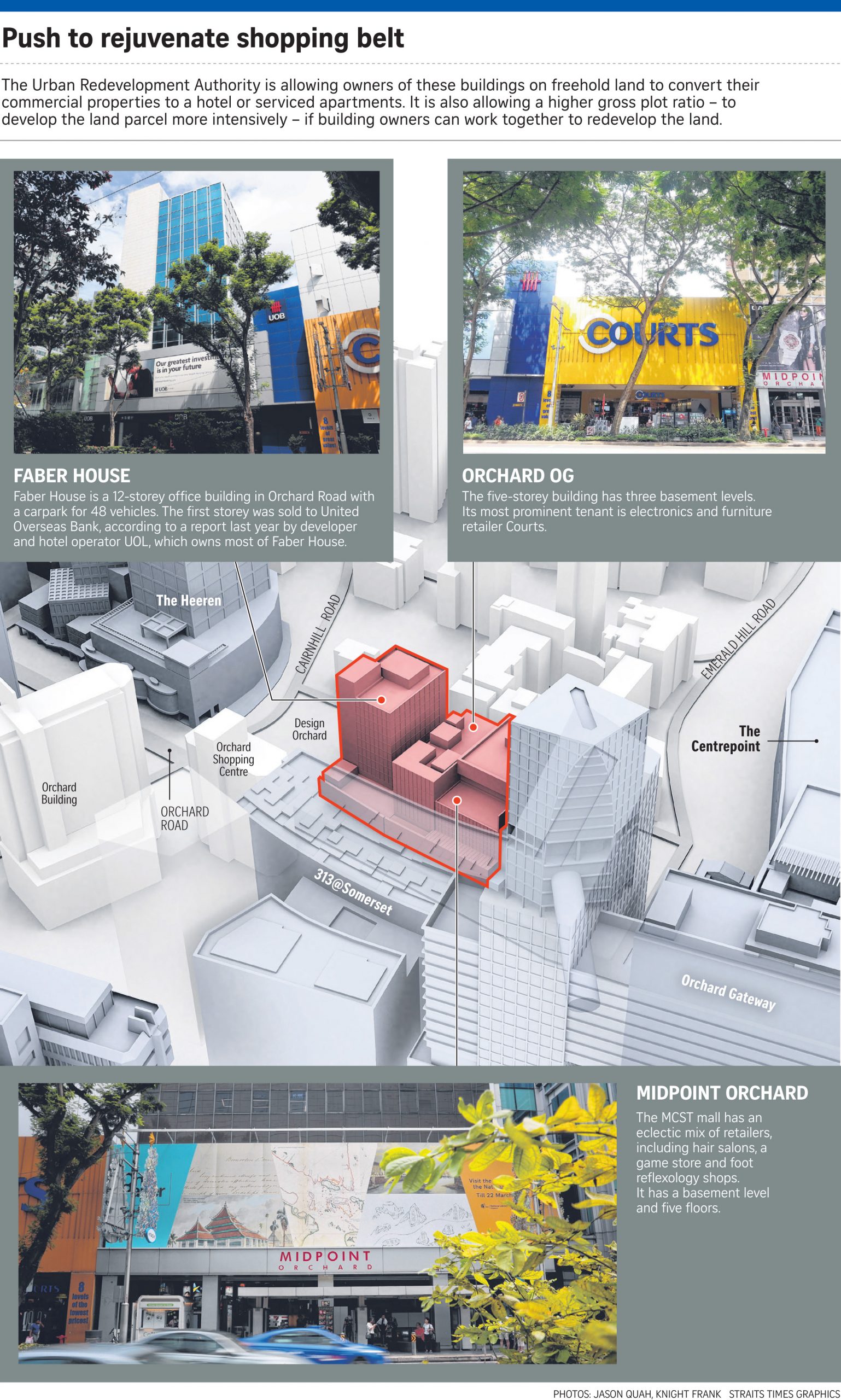 This offer is being made as part of the Strategic Development Incentive (SDI) Scheme that encourages the rejuvenation of older buildings in strategic areas like Orchard Road, noted the URA letter which was sent in May this year.

The redevelopment proposal should generally include a minimum of two adjacent sites as the scheme is intended for plans that will have a bigger impact on transforming the area, it added.

“There is opportunity to explore ideas with your neighbouring developments to jointly transform this unique part of Orchard Road,” the URA told subsidiary proprietors at Midpoint Orchard.

A URA spokesman said in a media reply that there are opportunities to improve the pedestrian connectivity and inject new uses along where Faber House, Orchard OG and Midpoint Orchard are located.

The maximum allowable gross plot ratio for each of the buildings is up to 5.6, and URA is offering to raise this to 6.0 if Midpoint Orchard and Orchard OG decide to redevelop together, and up to 8.4 if all three buildings are willing to join hands in the project.

The ratio is subject to further planning evaluation and approval, the letter said.

Property analysts told The Straits Times that the higher gross plot ratio is a way to increase the land’s attractiveness to developers. But it may be difficult to get a buy-in from Midpoint Orchard, because of its multiple owners, they added.

Ms Christine Li, head of research for Singapore and South-east Asia at Cushman & Wakefield, said that a higher ratio increases the price that the land can fetch.

“It will make sense for Midpoint Orchard to work with neighbours to tap the SDI Scheme by URA for any redevelopment, so as to have a sizeable retail mall in order to curate the experience and drive shopper footfall,” she said.

The freehold status of the three properties adds to their attractiveness.

Ms Li said: “Typically, freehold assets such as Midpoint Orchard will be expensive, given the rarity of the tenure and location.”

Midpoint Orchard has been eyeing a collective sale, but Ms Li said the reserve price may be set very high to win the approval of 80 per cent of the owners to achieve this. This could limit the pool of buyers.

Dr Lee Nai Jia, senior director and head of research at Knight Frank Singapore, said the Midpoint Orchard sale is made more complex because owners have to get together and decide how to share the profits.

“Unlike condominiums where owners have defined share value, Midpoint Orchard owners have to agree on how much each owner will get from the sale,” he added.

This is because the area on the building’s first floor and the basement can charge higher rent compared with the higher floors.

“It is another factor that owners have to consider, on top of the square feet they hold,” Dr Lee said.

One of the owners at Midpoint Orchard told ST earlier this week that he is not very keen to sell his unit. “It’s a guarantee for the future,” he said.