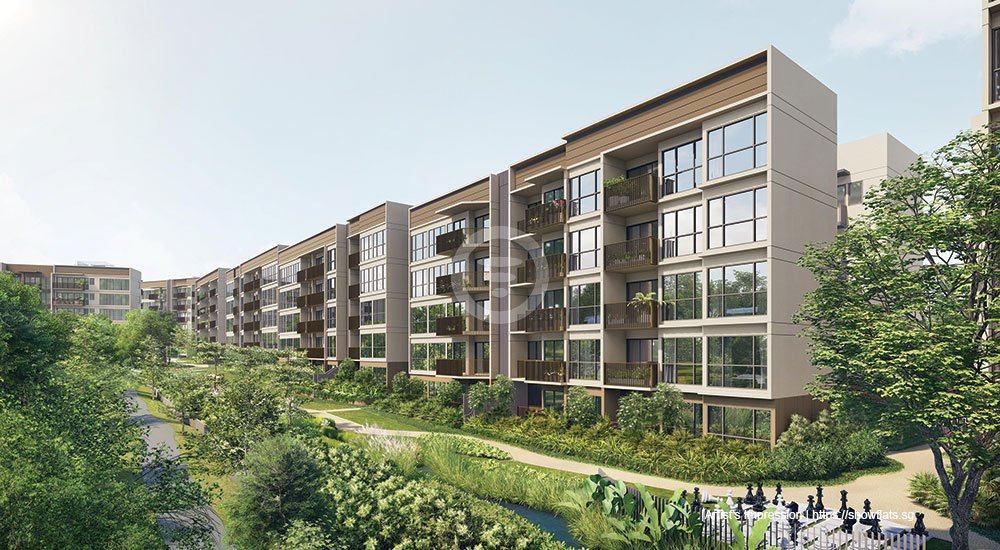 UOL Group is banking on pent up demand for its upcoming project in Canberra Drive, 448 unit The Watergardens at Canberra, with prices to start from $1,380 per square foot (psf).

The 99-year leasehold project will launch for preview on July 17 while balloting for units will take place on July 31.

UOL chief investment and asset officer Jesline Goh said: “We expect robust demand given that The Watergardens at Canberrais the first private development to launch in Sembawang after the opening of Canberra MRT station in November 2019.”

Pointing to its location near the future North Coast Innovation Corridor – which stretches from Woodlands to Punggol – she added that The Watergardens at Canberra is in a region with “strong growth potential’,

The low-rise project, which comprises 16 five-storey buildings, offers a mix of two to four-bedroom units, ranging in size from 646 square feet (sq ft) to 1,528 sq ft.

‘The Watergardens at Canberra is a joint venture between UOL, Singapore Land Group and Kheng Leong Company.

‘The suburban location is likely to draw owner occupiers, and some buyers may opt for bigger units owing to the attractive price per square foot vis-é-vis other locales, said UOL group chief executive Liam Wee Sin.

“There is a bit of changing priorities and lifestyle choices that has come with Covid,” he added.

While there will be competition from another project at a smaller, adjacent site, Mr Liam expects there will be sufficient overall demand from the catchment area.

UOL was awarded the site under a state tender which closed in March last year for $270.2 million, or about $650 per square foot per plot ratio (psf ppr). In the same tender, an adjacent 99-year leasehold parcel which could yield up to some 220 units, was bought for nearly $129.2 million or about $644 psf ppr by Oasis Development, controlled by boutique developer JBE Holdings Group.

Nicholas Mak, head of research and consultancy at ERA, said there is pent-up demand among HDB upgraders for affordable private housing.

He said: “Some potential demand for the condominium projects in the Canberra area could originate from the residents in the Sembawang housing estate. However, a larger number of buyers would be from the HDB estates in the north region, such as Woodlands and Yishun.’

A five minute walk from Canberra MRT station, The Watergardens at Canberra features a nature-inspired landscape and is close to the Sembawang Hot Spring Park and Sungei Khatib Bongsu, as well as in the vicinity of Canberra Plaza and Sembawang Shopping Centre.

It is accessible via Seletar Expressway and the future North-South corridor, which will cut travel time to the Central Business District to 20 to 25 minutes come 2026.

The Watergardens at Canberra is slated for completion in the second quarter of 2026.

This launch follows that of the group’s Clavon at Clementi Avenue 1, which debuted in December last year and has sold about 540 of its 640 units to date, according to data from the Urban Redevelopment Authority.

UOL, Singapore Land Group and Kheng Leong were also recently awarded a 99-year leasehold residential site at Ang Mo Kio Avenue 1 in a state tender after they put in the top bid of $381.38 million or nearly  $1,118 psf ppr.