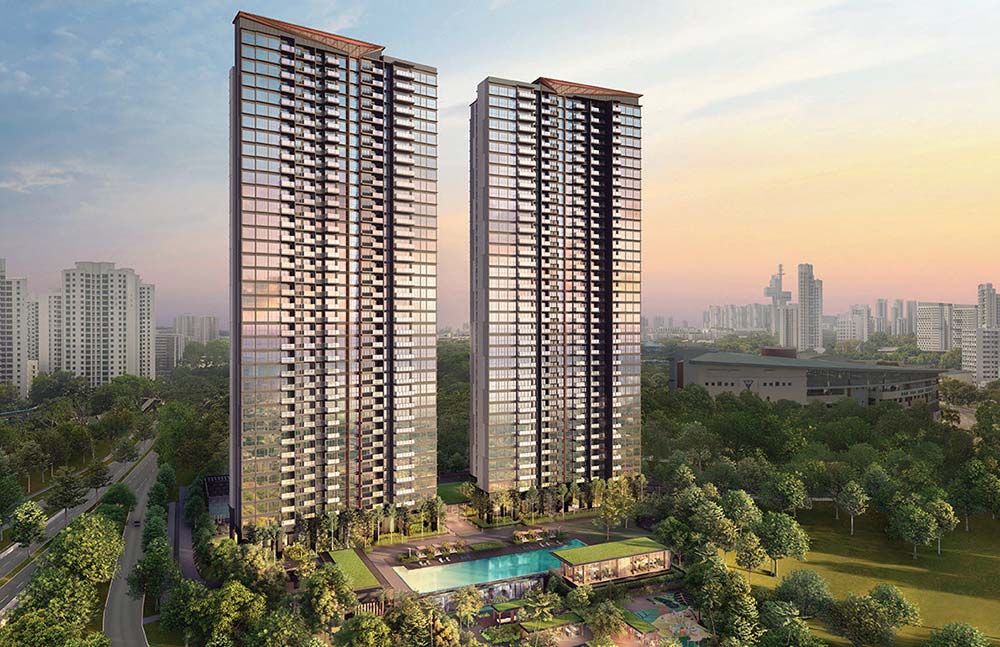 UOL Group’s launch of Clavon along Clementi Avenue 1 at an attractive price resulted in the best launch-day sales volume this year.

It moved 442 units at an average price of $1,640 per square foot during its first weekend launch, UOL said on Sunday.

Ismail Gafoor, CEO of PropNex, one of the three appointed marketing agents for the 99-year leasehold project, said the 442-unit sales result was achieved by the end of the first day of the public launch, on Saturday.

“No private housing project launch so far this year has seen more than 400 units being sold on the first day,” added Mr Ismail.

The 442 units sold make up about 70 per cent of the total 640 units in the project, which is being developed by a 80:20 joint venture between UOL and its subsidiary United Industrial Corporation. Clavon will have two 37-storey towers.

Market watchers note that the pricing for Clavon is similar to that of Parc Clematis, whose developer has sold 524 units from Jan 1 to Dec 6 this year at a median price of $1,635 psf, according to data from URA Realis.

Besides PropNex, the other two marketing agents for Clavon are ERA and Huttons.

Huttons Asia research director Lee Sze Teck said that besides the attractive pricing, buyers were drawn to Clavon by the UOL brand name based on its strong track record .

Agreeing, Savills Singapore executive director Alan Cheong noted that UOL’s management is well known for its emphasis on design and quality of workmanship. Its group chief executive, Liam Wee Sin, is an architect by training.

“The pricing for Clavon is within expectations. The sales result is beyond expectations,” said Mr Cheong.

UOL, inits statement on Sunday afternoon, said that units sold were across all types including the large format ones like the three, four and five-bedroom apartments.

Mr Ismail noted that the larger units of three bedrooms and above on the lower floors were attractively priced from around $1,500 psf and upwards.

Clavon offers units of between one and five bedrooms, the sizes of which range from 527 square feet (sqft) to 1,690 sq ft.

Mr Ismail said that besides the sensitive pricing, buyers were drawn by the project’s strong locational attributes. These include its proximity to Clementi MRT station and the surrounding amenities. Moreover those shopping for an investment property would find a good candidate in Clavon given its proximity to the high-skills employment cluster at one-north.

House at centre of Yang Yin saga on sale again, for $25m