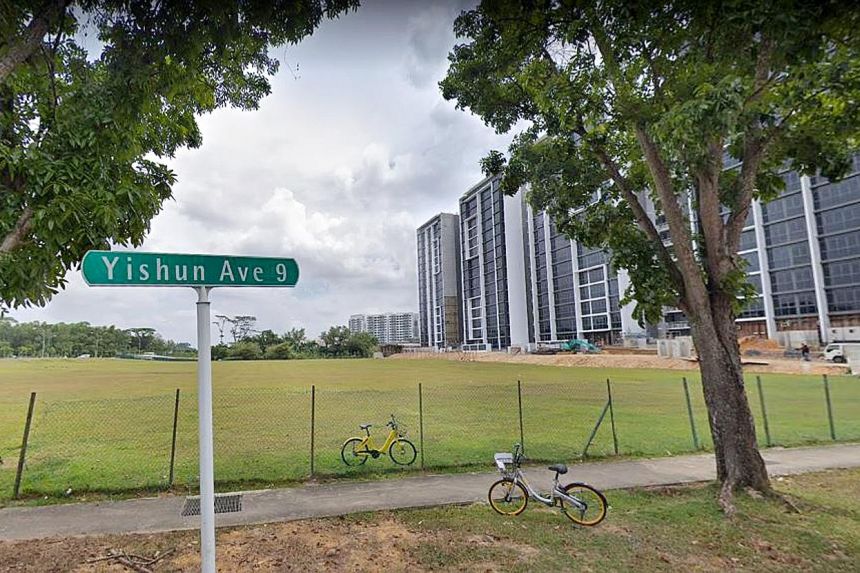 The tenders for two confirmed-list residential sites under the government land sales (GLS) programme for the first half of the year closed yesterday.

The two 99-year leasehold land parcels – in Tanah Merah Kechil Link and Yishun Avenue 9 – offered for sale by the Urban Redevelopment Authority and the Housing Board (HDB), respectively, are the first GLS tenders to close since the pandemic began.

A decision on the award of the tenders will be made after the bids for both sites have been evaluated.

Amid the recession, the bids were generally above expectations, analysts say.

The 8,880 sq m site in Tanah Merah Kechil Link, next to Tanah Merah MRT station, attracted 15 bids, with the highest by MCC Land (Singapore) at $248.99 million. This translates to a land rate of about $930 per sq ft per plot ratio (psf ppr), analysts said.

This represents the highest number of bids since the Holland Road commercial and residential site tender in May 2018, which drew 15 bids from 10 consortiums, Colliers International’s head of research for Singapore Tricia Song noted.

It is also much higher than the four to nine bids seen for private residential government land sale sites over the past 18 months, she said.

Mr Karamjit Singh, chief executive of Showsuite Consultancy, noted that both sites are targeted at the mass market, where the demand for homes remains the strongest.

“The residential development at Tanah Merah Kechil Link is likely to be launched in late 2021 when buying demand could improve alongside an expected economic recovery,” he added.

The Tanah Merah Kechil Link site, which is slated for residential with commercial use on the first storey, can potentially yield about 265 units and 2,000 sq m of commercial space.

The provision for commercial space is attractive as nearby amenities are limited, said Ms Wong Siew Ying, PropNex head of research and content.

The Yishun EC site was given an extended public tender period of six months due to the pandemic. Tender durations for residential sites under the GLS programme are typically six to eight weeks.

The EC site could yield about 600 homes, and is near Junction 9, a new mall.

ERA Realty’s head of research and consultancy Nicholas Mak noted that the top bid for the Yishun EC site “shows that the developer is quite confident as the land rate is higher than the two EC sites launched for sale in 2019”.

Confidence could also have been boosted by steady sales at the Piermont Grand executive condominium – which is 76 per cent sold at median prices of over $1,100 psf – as well as a lack of ECs in the locality over the past six years, Ms Song noted.

The Yishun Avenue 9 site is located at the edge of Yishun town, some 2km from Yishun MRT station.

“It is the newest EC site in the locality to be offered on the GLS programme since 2014… so there could be some pent-up demand,” Ms Song said.