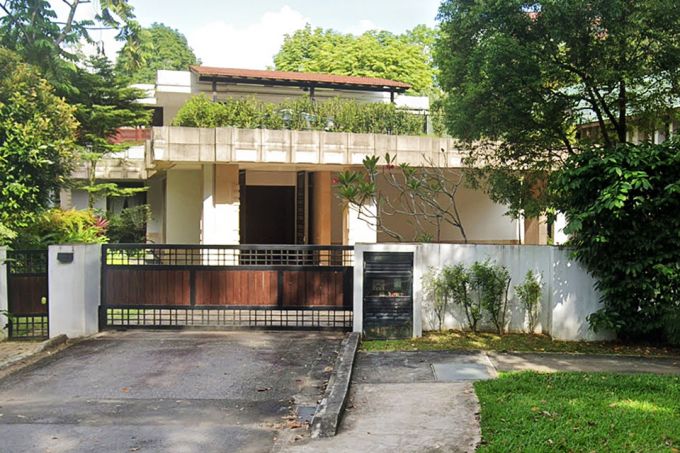 The buzz in the Good Class Bungalow market continues. The Business Times understands that recent deals include two adjacent old freehold bungalows on Cluny Road opposite the Singapore Botanic Gardens for which options to purchase have been granted by their respective owners at about $3,000 per square foot on land area totalling about $91 million.

One bungalow, on land area of nearly 15,430 sq ft, is owned by lawyer Laurence Wee.

Ronald Ooi of Kim Eng Securities is the owner of the other bungalow, on 15,075 sq ft of land.

Located in the Cluny Park Good Class Bungalow (GCB) Area, both houses are ripe for redevelopment.

Options for both the properties are said to have long exercise periods till early next year.

Word on the grapevine is that both bungalows are being bought by a family of Indonesian Chinese origin. One generally has to be a Singapore citizen to be allowed to buy a landed property in a GCB Area.

All eyes are now on whether the next-door property, which is owned by plastic surgeon Woffles Wu, will also be transacted. It has a land area of nearly 15,500 sq ft .

Meanwhile, BT understands that another GCB for which an option was granted recently is along Second Avenue, a stone’s throw from the Sixth Avenue MRT station on the Downtown Line.

On the site is an old bungalow that is expected to be torn down for redevelopment. The price of S$30 million reflects $2,045 psf on land area of 14,667 sq ft. This is a record psf price for GCB redevelopment land in the locale, BT understands.

Word in the market is that Realstar Premier is acting for the seller in the deal. The property is closer to the MRT station than the Third Avenue bungalow that gaming company Razer co-founder and chief executive Tan Min-Liang was recently granted an option to buy at $52.8 million, as reported by BT last week.

The house could either be refurbished or redeveloped, say observers.

In Chatsworth Park, an old house on 22,462 sq ft of freehold land is changing hands for $30 million. Th price reflects $1,336 psf, which is deemed lower than the current price levels.

That may be due to the deal being negotiated some time ago. The option was granted in November last year but exercised last month. Another factor contributing to the low psf price would be the long driveway, said a property agent.

List Sotheby’s International Realty’s (List SIR) analysis of URA Realis caveats data shows that year to date (with the latest transaction dated July 1), there have been 55 deals in GCB Areas totalling $1.6 billion. This is higher than the total for the whole of last year — 46 deals amounting to $1.1 billion.

However, the actual size of the GCB market is larger, as the lodging of caveats is not compulsory.

Steve Tay, senior associate vice-president at List SIR, said that he is confident that the full year 2021 tally will cross the record $2.2 billion of deals in GCB Areas done in 2010.

“GCB prices have appreciated significantly in the past decade. The appetite for bigger bungalows with land areas exceeding 30,000 sq ft has also grown among those buying for own occupation.

“Buyers are prepared to pay top-dollar for a GCB with a big plot size and with good attributes in prime locations close to the Botanic Gardens and Orchard Road.”

The buying momentum for GCBs is being fuelled by locals and new citizens – including those who have sold their businesses or benefited from an initial public offering.

Besides entrepreneurs who have been riding the digital economy boom, wealthy families have also been acquiring bungalows in GCB Areas for the next generation.

Realstar Premier founder William Wong said: “We used to be concerned about running out of good GCB listings as some owners had withdrawn their properties from the market.

“But now, the listings are back in the market – at higher prices. In addition, we have new listings.

“So far, things have not come to a point where local Singaporeans have pulled back and stopped looking for a GCB. What we are finding is that if a particular owner keeps changing his asking price, buyers may start looking at another owner’s property — because they would still like to own a GCB.”

Maxwell House up for collective sale with reserve price of $295m