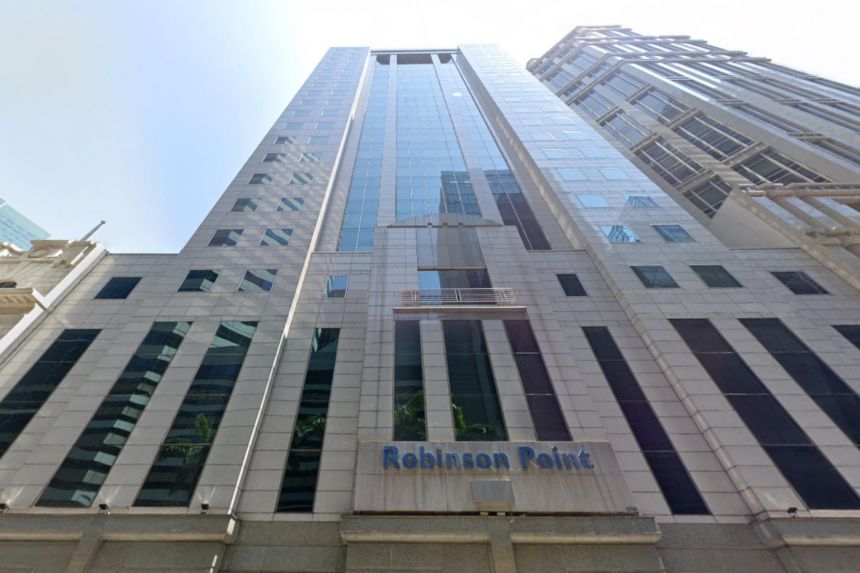 Tuan Sing expects to realise a gain of about $128.3 million on the sale. The proceeds may be recycled to fund committed investments, retire existing debts and fund general corporate and working capital needs.

The buyer is One South Bay Group, a British Virgin Islands-incorporated entity that is not related to Tuan Sing, its directors or controlling shareholders.

Robinson Point has been held by Tuan Sing since the firm acquired it in October 2013 for $348.9 million, according to past media reports.The 21-storey freehold office building is located at 39 Robinson Road. As at end-2019, it was valued at $374.4 million by Colliers International, Tuan Sing said.

The property has a gross floor area of approximately 15,700 sq m, with retail units on the ground floor, car park bays on levels three to five, and the remaining floors comprising office units. Asset enhancement works to the main lobby, carpark lobby and loading bay were completed in 2015.

William Liem, Tuan Sing’s chief executive, said that the divestment is in line with the company’s capital recycling strategy to optimise shareholder returns, and highlights strong demand for commercial spaces.

“With this divestment, the group will be well positioned to make new strategic acquisitions in Singapore and across the region whenever opportunities arise. This will allow the group to continue pushing ahead in its transformation journey into a regional real estate player,” he said.

Shares of Tuan Sing last traded at $0.275 before a trading halt was called last Thursday.

Correction note: An earlier version of this article incorrectly stated that Tuan Sing did not disclose the buyer’s identity in the Aug 7 filing. Tuan Sing in fact stated that the buyer is One South Bay Group.