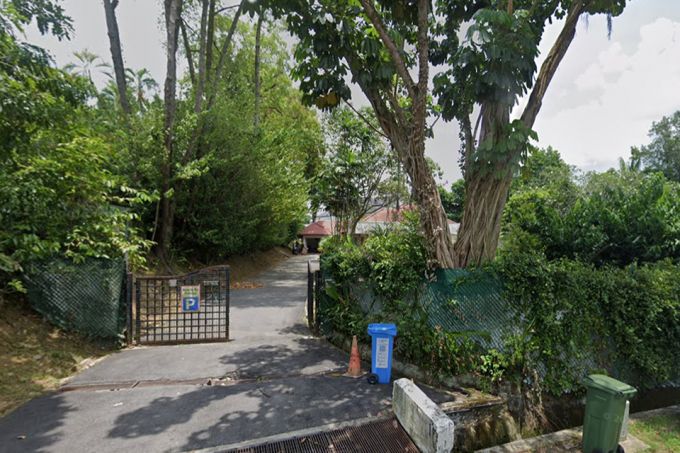 The price works out to about $2,700 per square foot on the land area of slightly over 31,800 sq ft. The property has 999-year leasehold tenure, On site is an old bungalow.

Mr Chew, who is also the chief financial officer of TikTok’s parent, ByteDance, is expected to eventually redevelop the existing bungalow on the site.

The Hwa Chong alumnus and Harvard Business School Master of Business Administration graduate is in his late 30s. He was formerly with Xiaomi.

It is not known who brokered the sale of the Queen Astrid Park bungalow.

Realstar Premier founder William Wong said the fair price of such a property, on redevelopment land basis, in the Queen Astrid Park area, would be about $2,000-2,100 psf.

“The transacted price of $2,700 psf is on the high side. That said, the property has many attractive attributes ~ including a fairly regular-shaped plot with a wide road frontage of about 52 metres. Moreover, the property is on a site with flat gradient and there is no long driveway ~ which means the site’s redevelopment potential can be optimised.”

Market watchers also noted the backdrop of an ongoing escalation in GCB prices amid strong demand from. both new citizens and local buyers.

Wealthy families are acquiring bungalows for the next generation. There are also the new rich GCB buyers who are flush with cash from selling their business or listing it on the stock market.

Jacqueline Wong, executive director and head of The Private Office at Savills Singapore, noted that “GCBs have always been considered as prized possessions; however, more notably, GCBs with desired addresses will continue to break record prices’.

Bungalows in the 39 gazetted GCB Areas are the most prestigious form of landed housing in Singapore, with strict planning conditions stipulated by the Urban Redevelopment Authority (URA) to preserve their exclusivity and low-rise character. One generally has to be a Singapore citizen to be allowed to acquire a landed property in a GCB Area.

Said Ms Wong: “The demand for GCBs will remain strong in the next couple of years as we witness a steady stream of ultra-rich foreigners making their debut in Singapore and setting up family offices via the Global Investor Programme, which provides for such individuals, if eligible, to apply for permanent residence and eventually citizenship,” she added.

Another recent sizeable GCB deal, for which the option to purchase has been granted, is a $65 million transaction in Bishopsgate. The price works out to $2,208 psf on freehold land area of 29,435 sq ft. On site is a conserved bungalow. The buyer is understood to be a former China citizen turned Singaporean and who is a lawyer by training. Word in the market is that Realstar is brokering the deal.

Mr Chew’s appointment as ByteDance’s CFO in March this year was widely viewed as a sign of the company’s plans for an initial public offering. On April 30, he was also appointed as TikTok’s CEO.

Prior to ByteDance, Mr Chew already had an extensive career in China’s tech scene, both as a C-suite executive and an investor.

He helmed the international business of Chinese smartphone maker Xiaomi, as its international president and executive director up to March this year. He also served as CFO of the company from 2015 to 2020, playing a key role in its Hong Kong IPO in 2018.

Mr Chew made his name in China’s tech scene as a partner at technology investment firm DST, working there from 2011 to 2015. He is said to have been actively involved in the firm’s Chinese tech investments, such as Xiaomi, JD.com and Alibaba.

It was also during his time at DST that Mr Chew got to know ByteDance, Reuters reported in March, citing an internal memo by ByteDance’s human resources chief.

Mr Chew had also worked at Goldman Sachs International from 2006 to 2008. He graduated from University College London in 2006 with a Bachelor of Science in Economics.

Mr Chew is the latest tech head honcho to be buying a GCB. Others include gaming company Razer cofounder and chief executive Tan Min Liang, who is buying a property along Third Avenue for $52.8 million, and technopreneur Tommy Ong, who is acquiring a bungalow under construction in Cluny Hill for $63.7 million. Mr Ong sold his e-commerce marketing platform Stamped.io in April for up to US$110 million.

The buzz in the GCB market increased when in March, Jin Xiao Qun, the wife of Nanofilm Technologies International founder and executive chairman Shi Xu, was in the headlines for buying an old bungalow in Nassim Road at $128.8 million. The price worked out to $4,005 psf – a record price for bungalow redevelopment land in a GCB Area.

En bloc buzz is back; but some projects have cut asking prices