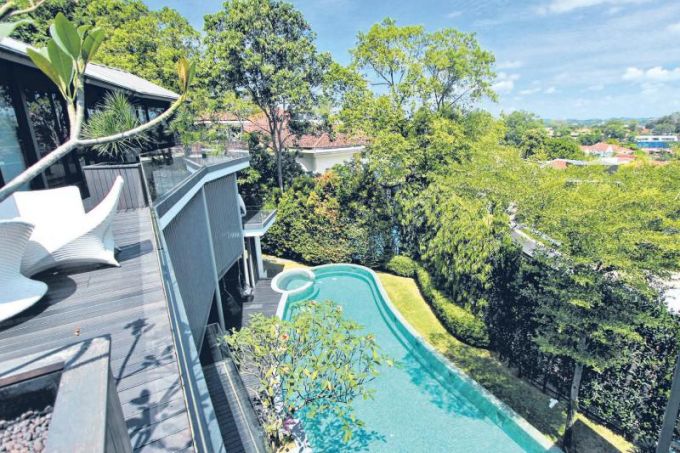 The market for Good Class Bungalows (GCBs) has been on a roll this year, with a surge in transactions and record prices being set. Over the decades, the profiles of buyers have changed in tandem with the transformation in Singapore’s economy. The preferences of these buyers have also changed. This year, Singaporean digital economy entrepreneurs and head honchos made headlines for their purchases of bungalows in GCB Areas (GCBAs). Among them were Razer co-founder and chief executive Tan Min-Liang, TikTok chief executive Chew Shou Zi, gaming chair maker Secretlab co-founder Ian Ang, and Tommy Ong, who sold his Singapore-based e-commerce marketing platform Stamped.io to Canada-listed WeCommerce in April for up to US$110 million.

But back in the 1980s to the early 2000s, the main buyers of GCBs were developers and well-heeled Singaporean families, as well as successful traders and businessmen, corporate honchos and professionals such as doctors, lawyers, architects and engineers, recall property industry veterans.

This changing profile of GCB buyers is a reflection of how the sources of wealth generation have changed over the decades in Singapore.

What some may find ironical, though, is that while some of the latest generation of ultra high net worth (UHNW) folks have made their fortunes in technology and other new economy sectors, they are putting a chunk of their wealth in an old-economy asset, property.

This underlines the continued prestige of owning bungalows in the 39 gazetted GCBAs, which form the pinnacle of the Singapore housing landscape. In a bustling metropolis, bungalows in GCBAs stand out with their large plot sizes and location in lush, green surroundings. And there is rarity value in owning one of these homes; there are only 2,700-plus of them in Singapore, estimates List Sotheby’s International Realty (List SIR).

The added appeal of this property class is that the Urban Redevelopment Authority has stipulated strict planning conditions to preserve the exclusive and low-rise character of GCBAs. Among other things, a minimum plot size of 1,400 square metres (about 15,070 sq ft) is stipulated as the planning norm for newly-created bungalows in GCBAs. Another restriction is that of a two-storey height limit (though an attic and basements are allowed). Stipulations on site-coverage control (total covered area as a percentage of the net site area) and setback from the sides and rear for a bungalow in a GCBA are also stricter than those for a bungalow outside a GCBA. In July 2019, URA increased the site-coverage control for bungalows in GCBAs to 40 per cent from 35 per cent previously.

Knight Frank Singapore executive director of capital markets Mary Sai says: “In every era, the top echelon go for the best. Owning a GCB allows those who are successful in their business or careers to enjoy the fruits of their labour. This property asset class holds a certain prestige value; moreover investing in a GCB can also help with wealth preservation and capital appreciation.

The Business Times reported in May this year that the family of Stamford Land executive chairman Ow Chio Kiat sold two adjoining freehold vacant sites along Chatsworth Road for a total of S$78.06 million or S$2,600 per square foot (psf) on land area. This is five times the S$15.5 million that the Ow family had paid for the 30,017 sq ft freehold land in 2000.

One generally has to be Singapore citizen to be allowed to acquire a landed property in a GCBA. William Wong, founder of boutique property agency Realstar Premier, says that as much as 25 per cent of buyers in deals brokered by Realstar since the start of last year have been newly-minted/naturalised Singapore citizens, with “local-born Singaporeans” making up the rest.

In March, Jin Xiao Qun, the wife of Nanofilm Technologies International founder and executive chairman Shi Xu, was in the news with her purchase of an old bungalow in Nassim Road for S$128.8 million; this set a record price of S$4,005 psf for bungalow redevelopment land in a GCBA. The couple are both naturalised Singapore citizens.

Veteran GCB agent KH Tan, managing director of Newsman Realty, says the strong demand for GCBs has been emanating since fourth-quarter last year from both new citizens and local buyers, including wealthy families buying for the next generation. Some buyers, especially those in the new economy sector, have sold their business or benefitted from an initial public offering, he noted.

Karamjit Singh, chief executive of property investment sales specialist Delasa (formerly Showsuite Consultancy), notes that the additional buyer’s stamp duty (ABSD) has reshaped buyers’ mindset in favour of GCBs. “Every Singaporean has one ‘free-pass’, which is the ability to buy one home without needing to pay ABSD. So it make sense to use this free-pass for the largest-value home within a buyer’s means and intent.”

Bruce Lye, co-founder of Singapore Realtors Inc (SRI), notes that amid the surge in new wealth, buyers are on the prowl for GCBs with bigger plot sizes of at least 20,000 sq ft. “Previously, smaller plots of around 15,000 sq ft providing an ‘entry-level’ offering were more popular,” he added.

Realstar’s Mr Wong also highlights that prime locations such as those near Orchard Road/Tanglin Road are very much sought after by newly-minted citizens. Mr Singh of Delasa said: “For UHNW buyers with immense liquidity at their disposal, paying several million dollars more for a highly desirable plot for long-term hold seems secondary, which has been driving prices up this year.”

List SIR’s analysis of URA Realis caveats data downloaded on Sept 7 showed 68 transactions in GCBAs totalling S$2.05 billion since the start of this year (with the latest deal dated Aug 20). This has surpassed the 46 deals totalling S$1.09 billion for the whole of last year. The property agency’s executive director, Lewis Cha, says that the last record high was 120 bungalows sold in 2010 for a total of S$2.24 billion.

“Although the total number of deals in 2021 might not be as high as 2010’s, the total value is very likely to exceed the 2010 level, as the ticket price per bungalow is much higher now.
“This shows the strength of the GCB market in 2021 and it also reflects the wealth of the UHNW individuals & families who are willing to pay more to acquire a property of their choice for legacy planning and wealth preservation.”

As prices rise, GCB buyers are seeking more built-up space. Ben Teng, a director at K2LD Architects, who has been designing GCBs for 20 years, says that compared with 10-12 years ago, clients who buy land to develop their own GCB these days or who are redeveloping their old GCB are commissioning designs with much more built-up space, to accommodate up to four generations. Previously it would be just two generations.

“It used to be that people did not want the built-up space to be too big; they valued the outdoors, gardens and landscaping… Nowadays, with the increase in land price, owners tend to maximise the usable space.”

He recalls that people hardly developed their GCBs beyond two storeys. Attics were rare. It was also uncommon to have usable space in the basement, as the air quality was not deemed to be good. But with the improvement in ventilation and air-cooling technology over the years, people have been building a wine cellar, an entertainment room, along with wellness elements such as a gym and a spa – all in the basement.

This also reflects a change in lifestyle with owners seeking greater privacy. “In the past, they would go to their country clubs to enjoy these facilities,” says Mr Teng, who noticed the change even before the Covid-19 outbreak.

These days, even for a small GCB (with the minimum plot size of 15,070 sq ft), it is a common request from owners to cater for five to six cars in the basement. In the past, it would be for just two to three cars on the ground level.

Mr Teng notes that it is not uncommon these days to develop, on a site of around 15,070 sq ft in a GCBA, some 15,000-18,000 sq ft built-up space spanning two levels plus an attic and a basement level. If the house has more basement levels, it would be possible to increase the built-up to around 25,000 sq ft or more. About 10-12 years ago, the built-up would have been just 10,000 sq ft for a two-storey house without an attic or basement, he added.

Mr Wong of Realstar says that new citizens hailing from China, for instance, have a predilection for huge basement areas to house at least eight cars, an exhibition hall to display their collection of artwork, a majestic wine cellar and even a family office.

Mr Singh of Delasa says that with the limited supply of GCBs and wealth on the rise, the uptrend in GCB prices will continue in the long run. In similar vein, SRI’s Mr Lye says: “The outlook for the GCB market is positive as long as liquidity remains strong and there is no change in the government policy towards UHNWIs.”

There has been discussion about the likelihood of the Singapore government introducing some form of wealth tax to address the issue of inequality here. If that materialises, it could result in the well-heeled reducing their exposure to luxury property, including GCBs, say observers.

Newsman’s Mr Tan predicts that the volume of deals in GCBAs over the next six months will be lower than in the past six months. “A lot of properties have already been sold, leaving less choice for potential buyers. Quite a number of owners’ asking prices are too high.”

Mr Wong of Realstar expects the GCB market to continue to be vibrant till the first half of next year, after which he sees the price gap widening. “New GCB listings on the market will continue to see higher price tags. “Those who have been eyeing a GCB may revert to buying a smaller bungalow or a penthouse if GCB prices rise beyond their reach. We are already seeing some clients making the switch.”

What is a GCB? See video bt.sg/gcb