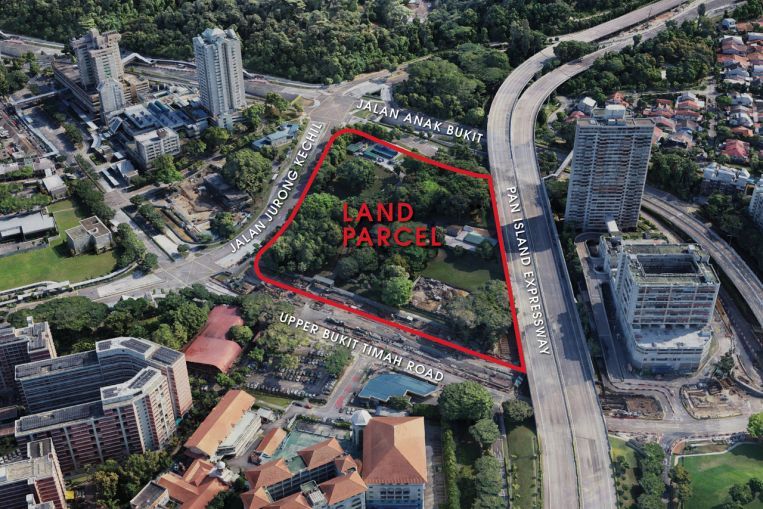 The 3.22ha land parcel is located at the junction of Upper Bukit Timah Road and Jalan Jurong Kechil, next to Beauty World MRT Station.

They are the only ones who submitted multiple bids. All three bids were a 50-50 joint venture between Far East Organization and Sino Group, said EdgeProp.

The blended land cost including residential, commercial and community use is $989 per square foot, which is inline with the market after accounting for location and market sentiments, said Mr Mark Yip, chief executive of Huttons Asia.

The tender was launched on June 30 last year and closed on June 29 this year.

A concept and price revenue tender approach was adopted to shortlist “quality development concepts that are attractive and respond well to the surrounding context”, URA said.

Such concepts involve the integration of amenities that connect to pedestrian-friendly streets and well-designed public spaces, it added.

A total of five concept proposals from three tenderers were received for the site.

The land parcel is envisaged as a mixed-use development with an integrated transport hub that “enhances the identity of Beauty World as an urban green village with excellent public transport connectivity”, said URA.

It added that the winning proposal “is compelling in its well-considered site planning, design response to tropical climate and integration of the various uses and public spaces”.

The proposed mixed-use development will have an integrated transport hub with a bus interchange on the second storey, and civic and commercial spaces that span the first three storeys along Upper Bukit Timah Road and Jalan Jurong Kechil.

Commercial two-storey shophouse at Serangoon Garden Way up for sale