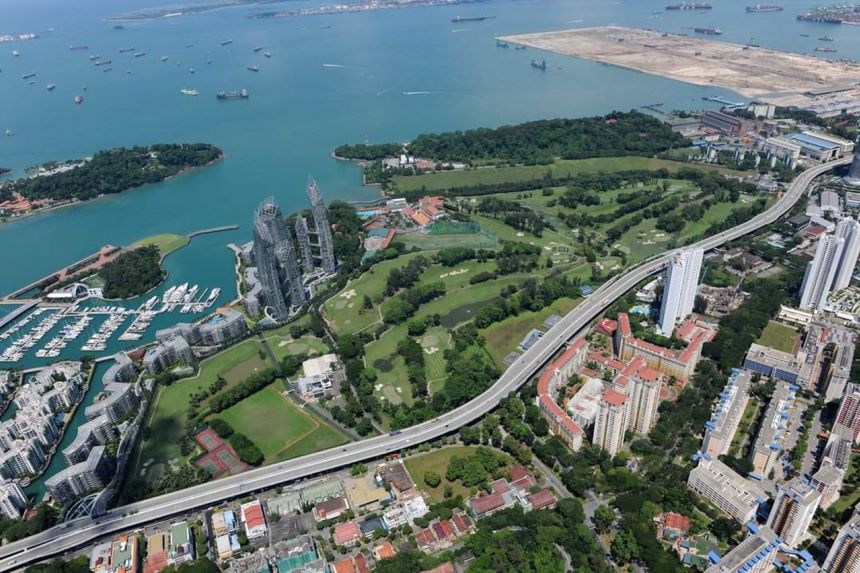 “This is home, truly” – the lyrics of the National Day song Home are familiar to all. For Singaporeans, home is the place which anchors our emotional sense of belonging.

This includes the homes we live in and own, where we have raised families and built strong communities. Home ownership has always been a key national policy and foundation for Singapore.

Our public housing programme is underpinned by the values of accessibility, inclusivity and diversity. Singapore’s home ownership rate is around 90 per cent, which is remarkable by any standard.

Perhaps more remarkable, 85 per cent of our low-income households own their homes.

This did not happen by chance. It happened because of our clear conviction that home ownership should be within reach of all working Singaporeans. We designed our policies to achieve this, including:

• Pricing new flats at a generous discount to market; and

• A progressive subsidies and grants structure heavily tilted towards the lower- and middle-income.

We made key interventions to enable inclusivity and diversity of home ownership:

• The Ethnic Integration Policy ensures a balanced mix of ethnic groups in all Housing Board neighbourhoods;

• We build different flat types in every Build-To-Order (BTO) project so that Singaporeans of different income levels and backgrounds can live together as a community; and

• We build public rental flats and BTO flats in the same precincts, and have started integrating them in the same blocks for the same reason.

These policies have strengthened our social cohesion and community bonds. In so doing, we have largely avoided the racially and socio-economically segregated neighbourhoods seen in so many other countries.

As we continue our journey as a nation, land constraint is a challenge.

In the past, we could build new homes on swathes of undeveloped open land. Now, after 55 years of building and development, there are far fewer of these, and it has become more challenging to balance competing uses for land.

In order to continue providing good homes for Singaporeans, we will have to recycle previously developed land. Some of this is in prime locations, like the city centre and the Greater Southern Waterfront.

But here’s the rub. Housing in prime locations will be significantly more expensive.

So what approach should we take?

One way would be to simply maximise the economic value of land and tender all prime location sites to private developers. However, that would mean only those who can afford expensive private housing will be able to live there. Such homes would be beyond the reach of most Singaporeans.

But, as seen above, for this Government, it has never been only about economics. It is our values that drive our policies. In the housing context, these are accessibility, inclusivity and diversity.

Thus, we believe that housing in prime locations should not be restricted only to the rich and affluent. Singaporeans from all walks of life should have the chance to live there too. To achieve this, we will have to inject public housing into these locations.

This, however, presents dilemmas.

First, how to make it affordable?

We already provide generous subsidies to keep HDB flats affordable. But HDB flats in prime locations will likely have much higher market values than those in non-prime locations. If we give the same subsidies as for non-prime areas, chances are, the prime area housing would be unaffordable for many.

• They will enjoy the benefits of living in a prime location; and

• They will likely get much higher windfall gains if they sell the flat after the minimum occupation period (MOP).

Second, how to avoid the lottery effect or speculative buying?

The prospect of higher windfall gains may attract buyers who purchase these flats with the sole intent of selling after the MOP or renting them out for investment income, rather than as a home.

Third, how to keep such resale flats affordable for subsequent buyers?

The resale value of prime location flats will also likely be higher than other resale flats. Without intervention, only wealthier buyers will be able to afford them. If so, over time, the essential characteristics of public housing will be eroded, and the objective of this endeavour defeated.

Need for a different model

Clearly, a different public housing model will be needed for new HDB flats injected in prime locations in future.

Exactly what form this model will take is still under consideration. We are consulting Singaporeans widely on this. We are encouraged by our early engagements, which indicate that Singaporeans support our fundamental objective of keeping HDB estates accessible, inclusive and diverse.

• Giving additional subsidies for the initial direct purchase from HDB but balancing this with a subsidy recovery regime upon resale;

These are useful suggestions and we will consider them carefully.

Those making these suggestions recognised there are no easy answers and that trade-offs will have to be made. For example, restricting resale buyers to those who meet prevailing eligibility conditions for a new flat will dampen demand and rein in resale prices, but would exclude certain groups from purchasing such flats.

The implementation of a new public housing model in prime locations is an important evolution in our public housing journey. We are deliberating this carefully, to strike the right balance.

We remain committed to ensuring that our future generations can continue to access affordable housing, and that our public housing remains inclusive and diverse. The Ministry of National Development looks forward to working with fellow Singaporeans to achieve this.

• Share your ideas on public housing in prime locations by completing a survey at this website or writing in to the Ministry of National Development’s feedback mailbox: feedback@mnd.gov.sg

• Indranee Rajah is the Second Minister for National Development.