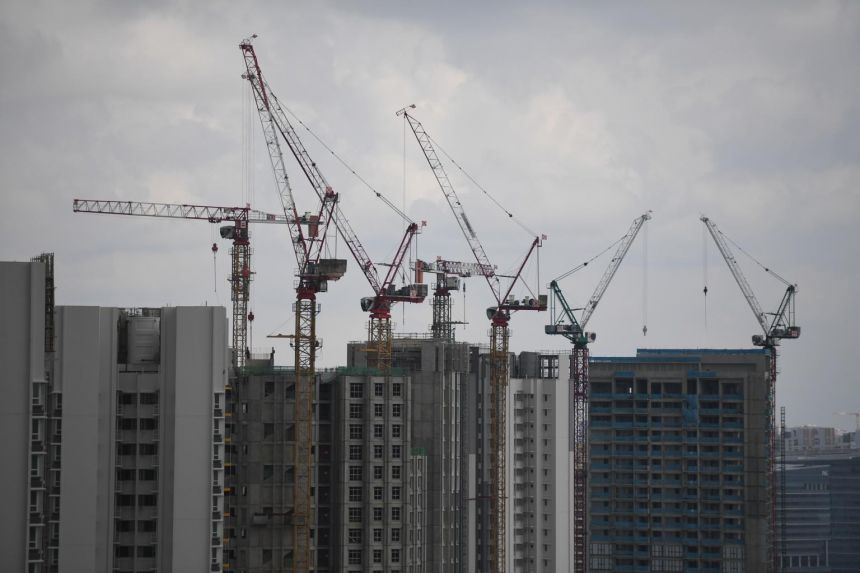 A six-month extension in May for the completion of residential, commercial and industrial projects and for developers to sell off housing units was “quite generous”, said Education Minister Lawrence Wong.

It had taken into account the fact that the construction sector would still take some time to resume its activities and provided “some buffer” for that, he added yesterday.

Mr Wong, who was previously National Development Minister, was responding to a question on whether the Government would consider further extending the six-month reprieve that it had given to developers and contractors.

The Government will continue to monitor the situation, and continue to discuss with stakeholders in the built environment sector to see what measures “might be necessary to help the industry progress along and overcome this particularly difficult period”, Mr Wong said at a virtual press conference.

He added that relevant agencies like the Building and Construction Authority are mindful of the difficulties faced by developers and contractors.

Mr Wong noted that almost all construction projects should be able to resume by next month, as the vast majority of foreign workers living in dormitories are expected to be cleared to return to work by the end of this month.

The extension of the project completion period was among a slew of temporary relief measures for eligible property developers and individuals affected by the Covid-19 pandemic.

The circuit breaker from April 7 to June 1 ground construction work to a standstill, disrupting project timelines and the sale of residential housing units.

The six-month extension announced in May meant a project that was originally required to be completed on Feb 1 must now be completed by Aug 1.

Another issue the Government will need to address is that of helping contractors get used to the new normal in construction when activities pick up, he said.

This is because there will be additional safety measures like regular Covid-19 testing.

“We are quite mindful that it really goes beyond just the resumption of activity,” said Mr Wong, who co-chairs the multi-ministry task force on Covid-19.

“The entire sector has to transform itself, restructure… be more productive,” he added. “I think it’s a long journey and the government agencies are… committed to working closely with the private sector to bring this about.”

Perfect Ten in Bukit Timah to launch for sale at prices starting from S$2.5m