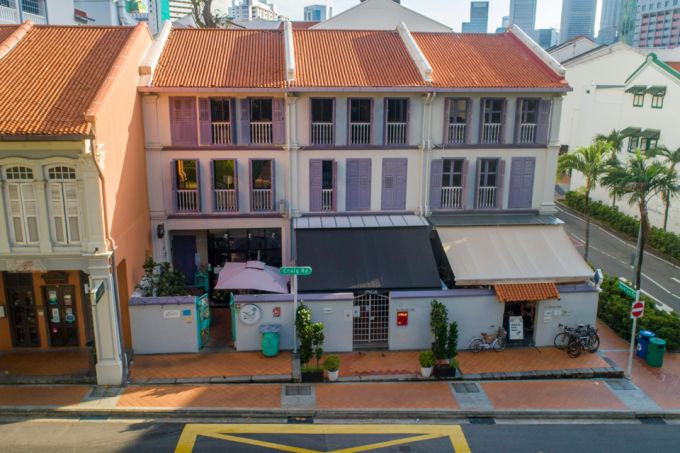 THE buzz in the Singapore shophouse market continues, with the sector attracting high-net worth individuals (HNWIs) and families here and from abroad, in addition to property investment groups.

The shophouses are on three separate land lots, with balance lease terms of about 67 years. The ground floor is fully leased to three restaurants. On the upper levels, four of the six office units are leased.

8MRE is expected to find tenants for the remaining two units and do a minor renovation.

Savills Singapore brokered the deal via an expression of interest exercise that closed in October, drawing a handful of offers from private-equity funds, HNWIs and families from Singapore and overseas – mainly China and India, said Savills Singapore director of investment sales Yap Hui Yee.

Savills also acted for Breadtalk Group in the $17.2 million private treaty sale of a two-storey freehold corner shophouse at 22/22A Lorong Mambong in Holland Village with Harry’s Bar as the ground-floor tenant. The upper level is leased to F45 gym. The gross yield on the transacted price is about 2.5 per cent.

Ms Yap declined to comment on the identity of the buyer, but The Business Times (BT) understands that it is an entity owned by Singaporean Cheong Sim Lam; Cushman & Wakefield acted for him.

Both properties were transacted last month.

Another affiliate of Clifton also sold 89 Amoy Street for $29.8 million in November. Both shophouses  have three storeys and an attic, are on 999-year leasehold sites, and were picked up by mainland China parties. BT understands that the buyer of 89 Amoy Street is a Singapore-incorporated company owned by a Chinese citizen from Xiamen City, Fujian Province. Xu Haika, a Vanuatu citizen, is buying the South Bridge Road property.

Savills’s analysis of URA Realis caveats data downloaded on Jan 6 shows that nearly $862 million worth of shophouse deals transacted in 2020 – not a bad showing for the pandemic-struck year.

With the strong recovery in the second half of the year, the full-year figure was just 6 per cent shy of the $916 million total reached in 2019.

Said Ms Yap: “In the the first half of 2020, during the ‘circuit breaker’ partial lockdown, we saw some shophouse owners withdrawing their properties from the market, which shows

the resilience of sellers, Since then, they have started exploring and putting their properties for sale at the right price.”

Simon Monteiro of List Sotheby’s International Realty said: “The shophouse market is heating up again as more family offices are set up here by overseas HNWIs.”

Ms Yap of Savills expects shophouses to remain an attractive segment of the property market due to their rarity and strong capital-value preservation, amid a strong liquidity and low interest rate environment.

“I envisage that these will continue to result in positive carry and drive deals in 2021,” she said.