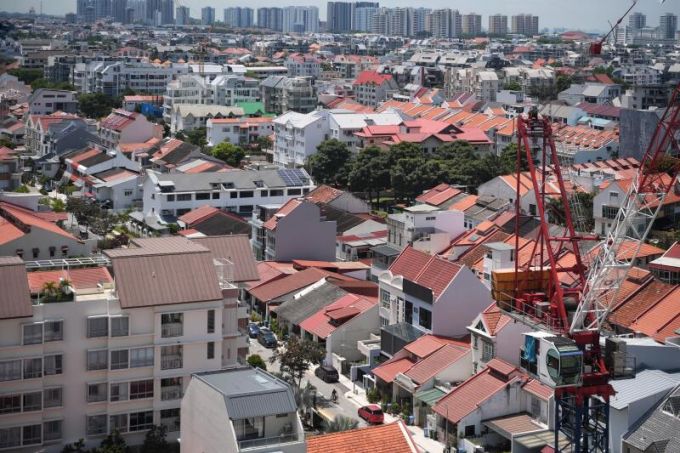 THERE is some anxiety over rising private home prices here, which are up by almost 8 per cent in the third quarter of 2021 compared with the fourth quarter of 2019, prior to the outbreak of the Covid-19 pandemic, data by the Urban Redevelopment Authority (URA) showed.

So as a matter of important perspective, data suggests that some worries of private homes becoming unaffordable may be unfounded.

Since the start of this century, household income grew faster than home prices. Median monthly household income from work of resident employed households more than doubled from S$4,398 in 2000 to S$9,189 in 2020.

Over 2000 to 2020, average monthly household income from work of the third, second and first highest deciles of resident employed households grew 114 per cent, 111 per cent and 95 per cent to S$16,247, S$19,976 and S$31,037 respectively. Private home buyers are likely to be concentrated among these groups.

Even with a dip in household income in 2020 due to the pandemic, household income has risen faster than the URA’s price index of private residential properties, which rose 67 per cent between Q1 2000 and Q3 2021.

The growth in household income for the second and third highest deciles of resident employed households over 2010 to 2020 has also outpaced the rise in URA’s private home price index between the first quarter of 2010 and Q3 2021.

Take the purchase of a S$2 million home, which is funded by a 25-year loan of S$1.4 million or 70 per cent of the property’s value. Using an annual interest rate of 1.7 per cent to provide some buffer, monthly instalment is just under 29 per cent of the average monthly household income of the second highest decile of resident employed households.

Assuming the same tenure and monthly instalment, the loan amount shrinks by over 22 per cent if the annual interest rate is 4 per cent, which may be a reasonable assumption for buyers earlier this century.

Growth in income combined with low borrowing costs suggest there is no froth in private home prices for now.

Other subjective yardsticks also help to paint a benign picture on the affordability of private homes today.

If this is true, the pace of increase in absolute sums being spent on new homes can be contained at a much lower rate than the increase in price per square foot.

Furthermore, households are getting smaller, which can lead to greater acceptance of smaller-sized homes. Average household size of residents living in condos and other apartments fell over 10 per cent from 3.67 in 2000 to 3.29 in 2020.

Developers have also been adding to the range and quality of common facilities and amenities of new condo projects. Amber Park has a 600 metre sky jogging track that has been touted by the developer as the first for a condominium in Singapore. Midtown Modern in the central business district offers full condo facilities set in over a hectare of green spaces. Some developers offer hot-desking options in the communal areas to cater to the rise in remote working.

Over time, there has been substantial improvement in Singapore’s public transport. The MRT network is expanding and will get even denser such that about 8 in 10 households will be within a 10-minute walk of a train station by 2030. As such, many households may see less need to own a car, thereby saving on one big ticket item and leaving more funds available to purchase a home.

Additionally, those upgrading from HDB flats to private homes are buoyed by a strong HDB resale market. Between Q4 2019 and Q3 2021, the HDB resale price index rose more than the URA private home price index, up nearly 15 per cent.

Based on the data on stamp duty assessed for private homes for 2020 by the Inland Revenue Authority of Singapore (Iras), 5,770 transactions attracted ABSD, with an average ABSD per transaction of around S$167,000.

Also, the top rate of Buyer’s Stamp Duty (BSD) for homes, which applies to the remaining amount of transaction value exceeding S$1 million, rose from 3 per cent to 4 per cent for homes bought on or after Feb 20, 2018. Based on data for 2020, 24,860 transactions attracted BSD with an average BSD per transaction of around S$53,000.

A citizen buying a second home at S$1.67 million would incur S$1.9218 million for purchase price plus stamp duties. In this example, the buyer’s cost rose 88 per cent, which is closer to the rate of increase in household income for the 3 highest deciles over 2000 to 2020.

It can also be noted that buyers looking for homes outside the prime central areas are facing steeper price escalation.

Thus, the affordability picture for condo buyers in OCR and RCR may not be that benign – giving the analysis over the true affordability of private homes today a fuller picture.

What that means is that for a local looking to buy his first private home, in particular one who is working in a sector that is thriving or is recycling proceeds from selling a HDB unit, affordability may look fine despite home prices rising for 6 consecutive quarters.

So there are risks on the horizon. Interest rates may spike up, economic recovery may be uneven and jobs may continue to be disrupted. As buying a home is a big commitment, buyers need to exercise caution.

But for now, house hunters can draw some comfort that from a historical perspective, affordability of private homes looks relatively manageable.