Comparing year on year, the estimates are 38.1 per cent lower than the 1,329 new private homes sold in September 2020.

Analysts said the decline was within expectations, with developers holding off major launches last month.

Including executive condominiums (ECs), which are public-private housing hybrids, the tally reached 1,285 units. This is down 2.8 per cent from sales in the previous month and 7.2 per cent from that of September last year. 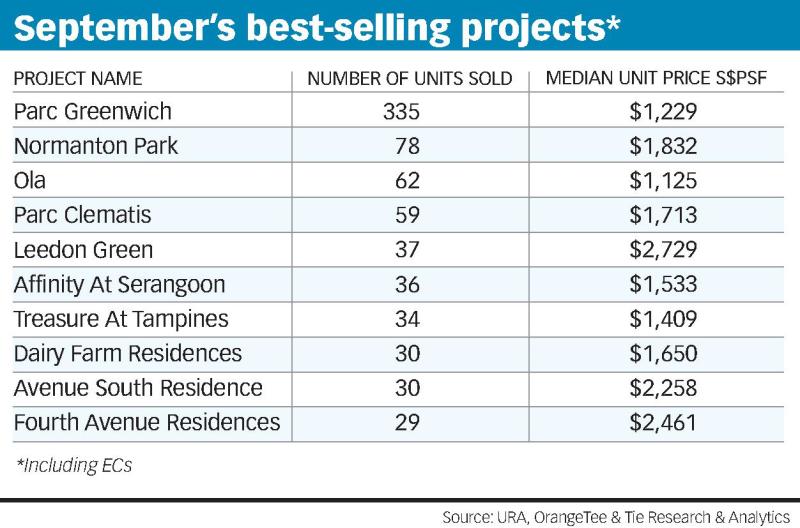 Marina View site released for launch with bid of $1.508 billion