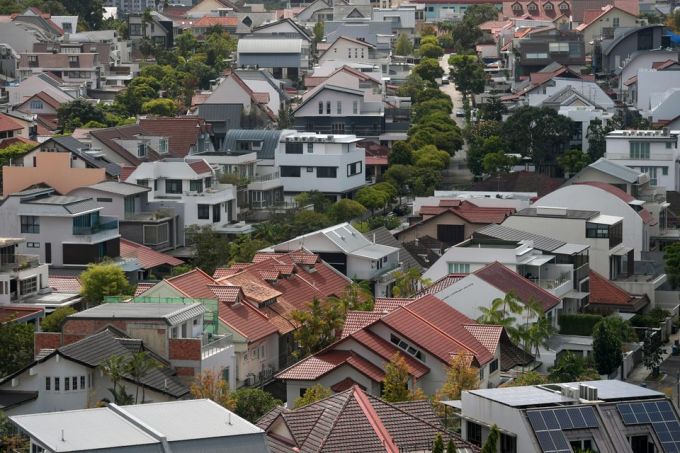 SALES in the luxury sector are on a roll as Singapore reopens progressively. In particular, deal volumes of high-end housing have climbed to a fresh record.

Activity in the posh residential market – specifically, residential units priced above S$10 million – has stayed buoyant this year and even outperformed sales of watches and jewellery, said the Institute of Real Estate and Urban Studies (IREUS) at the National University of Singapore.

In its analysis, the institute considered only transactions of single units each fetching more than S$10 million. It omitted collective sales and transactions of multiple units.

IREUS also tracked the trajectory of luxury consumption, using the Retail Sales Index for the watches and jewellery industry.

The index had begun sliding from 91.1 in January 2020, when the first case of Covid-19 was reported in Singapore, before bottoming out at 3.2 in May 2020, according to data from the Singapore Department of Statistics (SingStat).

When the circuit-breaker measures were relaxed, sales of watches and jewellery turned the corner; the index sustained an uptrend starting June 2020 to approach 90 in March 2021, though it did not exceed 2019’s pre-pandemic levels.

Meanwhile, sales volumes of high-end homes in the first 9 months of 2021 have already outdone historic yearly highs, based on IREUS’ analysis of caveats data from the Realis platform. 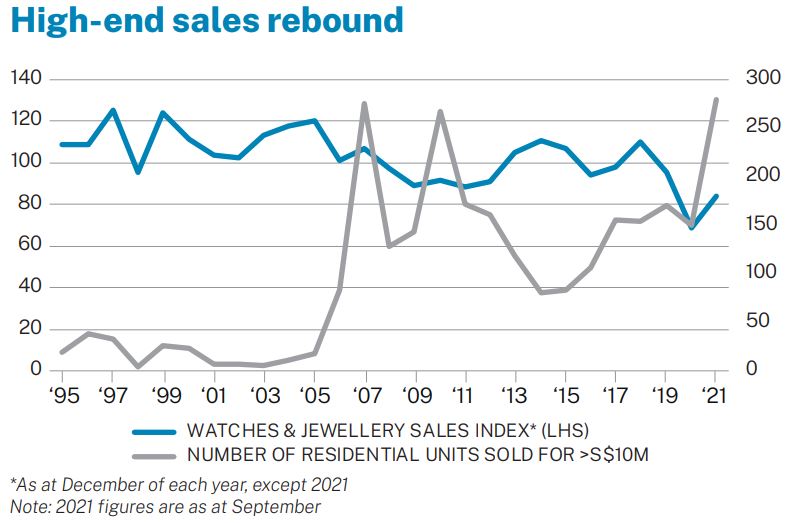 Lee Nai Jia, IREUS deputy director, said purchases of luxury housing grew more quickly than other discretionary spending because the former may be better able to “preserve value in the face of uncertainty and rising inflation”.

This pick-up in luxury home sales followed last year’s dip in activity at the height of the pandemic amid the circuit-breaker measures, similar to the watches and jewellery sales index. In 2020, there were 150 residential units purchased at more than S$10 million, 20 units fewer than in 2019, Realis data showed.

Most of the high-end residences – 246 units or 88.2 per cent – were purchased through the resale market in January to September 2021, while only 33 were new sales.

Detached houses made up the bulk of luxury home transactions in the first 9 months this year, accounting for 176 units or 63.1 per cent of total deals. Of these, 76 homes were located in the Bukit Timah planning area, and 21 were in the Tanglin planning area.

As for non-landed units priced above S$10 million, the Orchard Road area topped the list with 19 units there changing hands. 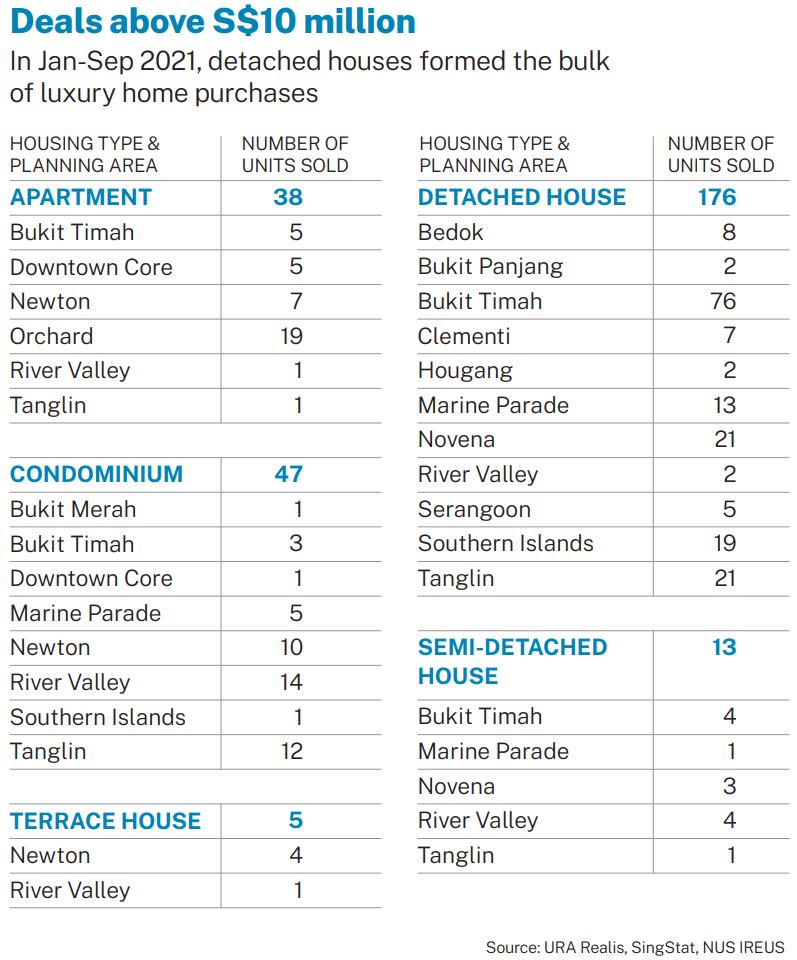 While the initial spike in sales was likely due to pent-up demand after Covid-19 restrictions were lifted, the sustained growth in sales volumes suggests other drivers are also at play.

One factor was the creation of new wealth during the pandemic. “Individuals who benefitted from the sharp increase in stock prices and alternative assets, such as cryptocurrencies, spent more,” Dr Lee pointed out.

“The non-landed luxury market has been boosted by locals as well as some foreigners who see Singapore as a safe haven to deploy ample liquidity amid low interest rates,” she added.

Dr Lee also said that part of the old wealth accumulated by the baby-boomer generation could be transferred to millennials, enabling the latter to make pricier purchases.

He expects buyer interest in posh homes to grow, although there may be fewer such properties on the market. “Hence, sales volumes will likely decline in 2022, but prices could increase due to scarcity,” he added.

CBRE’s Song foresees activity in the landed market slowing down into 2022, “as available stock dwindles and prices hit resistance”. On the other hand, the non-landed market could benefit from the reopening of borders and the return of foreign demand, leading to more buoyant volumes. “Overall, we expect further price appreciation in the luxury segment next year,” she said.

Meanwhile, Han expects “a gradual rise in foreign investors who value Singapore’s way of handling the pandemic, as well as the high-quality healthcare system”.