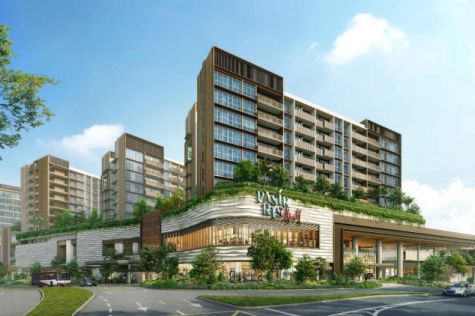 REAL estate developers in Singapore moved 1,589 private homes in July this year, an 82.2 per cent surge from the 872 units sold in the previous month.

These figures – which exclude executive condominium (EC) units – were released by the Urban Redevelopment Authority (URA) on Monday, based on its survey of licensed housing developers.

By region, the lion’s share of the sales volume last month came from the suburbs or Outside Central Region (OCR), where 1,012 units or nearly two-thirds of the total volume were sold, according to the URA data.

Huttons Asia chief executive officer (CEO) Mark Yip noted that seven of the 10 best-selling projects in July were in the OCR. In particular, Pasir Ris 8 (PR8), which launched on July 24 and 25, saw “overwhelming demand” and sold more than 85 per cent of its units, given that it was the first OCR launch of the year, he added.

New sales also ticked up in late July at other projects, before the developers implemented their planned price hikes, The Business Times (BT) earlier reported.

OrangeTee & Tie senior vice-president of research and analytics, Christine Sun, observed buyers returning to the private residential market “in droves”, with some rushing to purchase for fear of being priced out of the market.