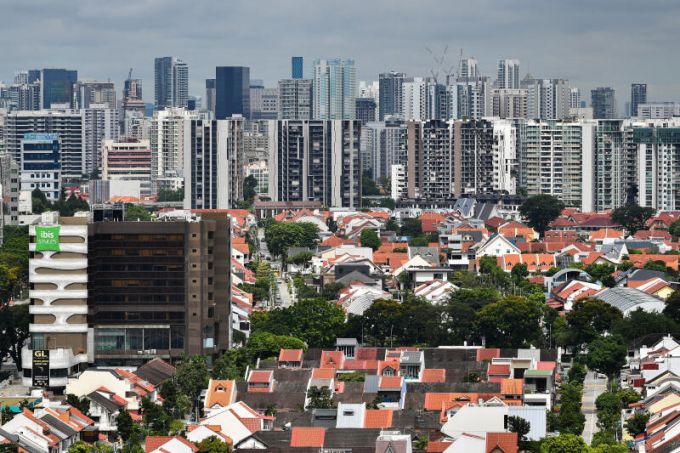 SINGAPORE on Wednesday moved to cool its housing market amid rising concerns that the property boom might tip the market into bubble territory.

The current ABSD rates for Singapore citizens and permanent residents buying their first residential property will remain at 0 per cent and 5 per cent respectively. But the ABSD rates for all other individuals and entities will be raised by 5 to 15 percentage points.

The TDSR threshold will be tightened from 60 per cent to 55 per cent. It will apply to loans for the purchase of properties where the option to purchase (OTP) is granted on or after Dec 16, and for mortgage equity withdrawal loan applications made on or after Dec 16.

The loan-to-value (LTV) limit for loans from HDB will be tightened from 90 per cent to 85 per cent. Public housing and private housing supply will also be increased to cater to demand, the Ministry of Finance, Ministry of National Development and Monetary Authority of Singapore said in a joint statement on Wednesday night.

This comes in the wake of strong sales just announced in the Urban Redevelopment Authority’s latest data on sales of new units. In November this year, developers sold 1,547 new private homes, up 70 per cent month on month as more homes were released for sale vis-a-vis October.

Private residential and HDB resale prices have gained ground on the back of a low-interest rate environment despite the economic impact of the pandemic.

While house price-to-income ratios remain below their historical averages, there is “clear upward momentum”, the joint statement noted.

Transaction volumes in the private housing market and HDB resale market have been high despite the Covid-19 situation.

“If left unchecked, prices could run ahead of economic fundamentals, and raise the risk of a destabilising correction later on. Borrowers would also be vulnerable to a possible rise in interest rates in the coming years,” the statement said. 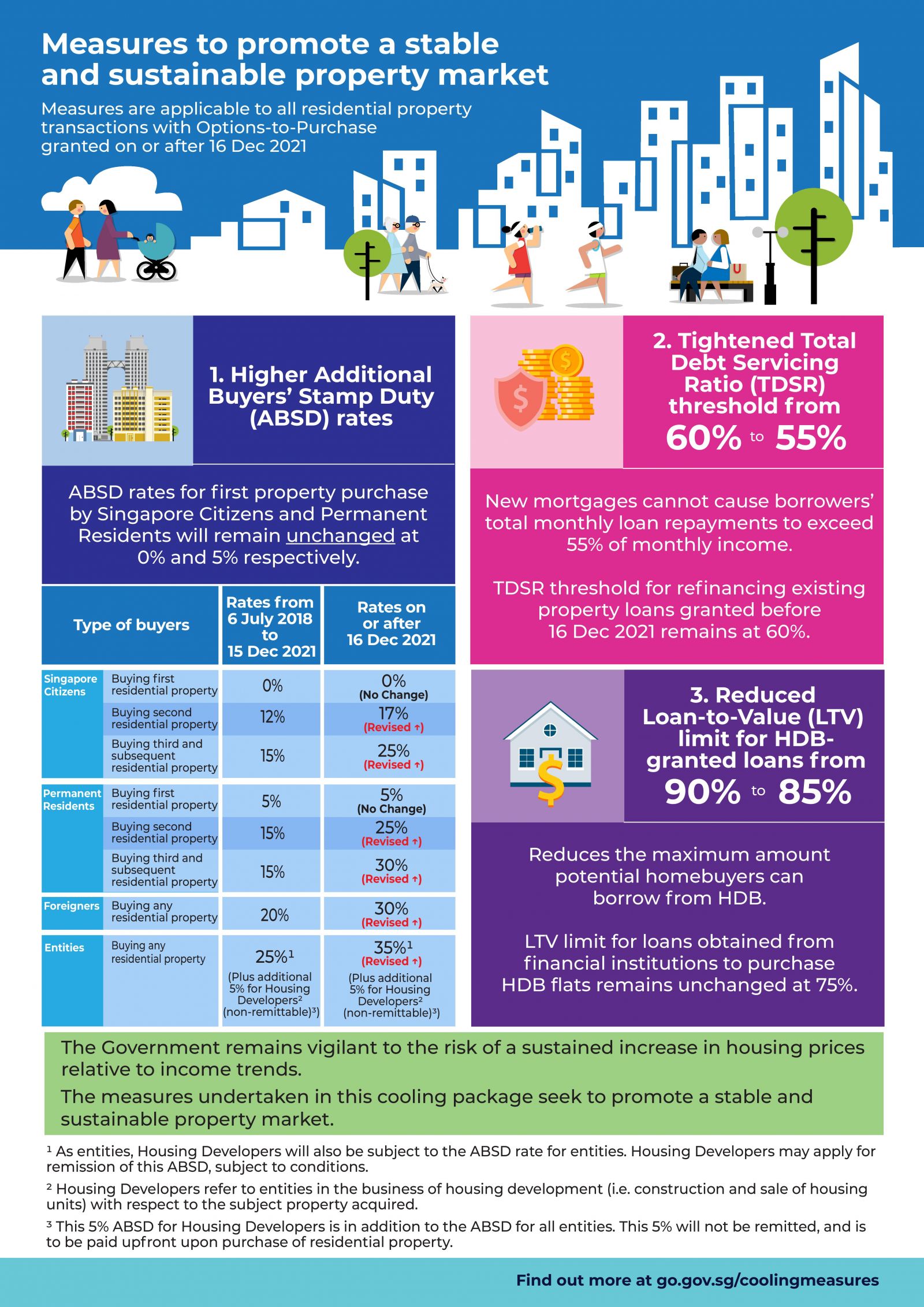 The measures were implemented to promote “continued housing flexibility”, albeit in a bid to dampen broad-based demand especially from those purchasing property for investment rather than owner-occupation, the agencies noted.

The revised ABSD rates will apply to cases where the OTP is granted on or after Dec 16.

There will however be a transitional provision where ABSD rates before that date will still apply. In these cases, the OTP is granted by sellers to potential buyers on or before Dec 15, is exercised on or before Jan 5, 2022 or within the OTP validity period, whichever is earlier, and has not been varied on or after Dec 16.

The additional conveyance duties for buyers of equity interest property-holding entities will be raised from up to 34 per cent to up to 44 per cent.

As for the LTV limit of 85 per cent, it will apply to new flat applications for sales exercises launched after Dec 16, and complete resale applications which are received by HDB from Dec 16 onwards.

Details of measures to increase the supply of public and private housing will be announced by the government on Thursday.