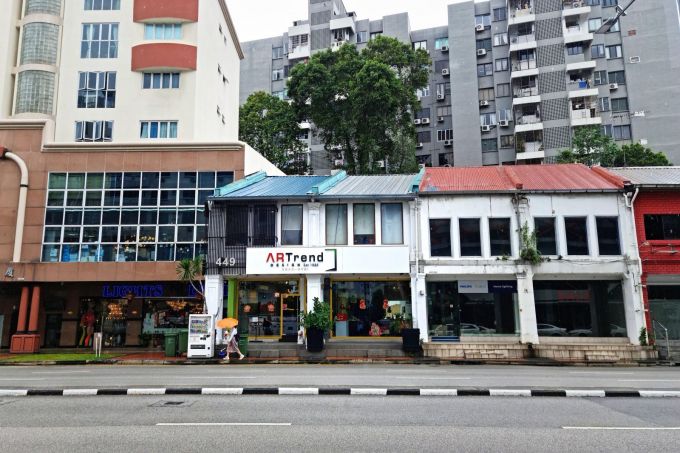 THREE shophouses, one on Amoy Street and two on Balestier Road have been put up for sale, sole marketing agent PropNex Realty announced on Monday.

The guide price for the three-storey shophouse at 97 Amoy Street stands at nearly S$26 million, while the two-storey shophouses at 449, 451 Balestier Road have an indicative price of S$6.8 million.

All three properties are available via an expression of interest (EOI) exercise, which will close at 3pm on April 8.

Standing on a 999-year tenure, it is occupied by Michelin-starred Spanish restaurant Basque Kitchen by Aitor on the first storey and a portion of the second storey.

The shophouse has a land area of 2,035 square feet (sq ft), with a total floor area of about 5,900 sq ft, including an attic and an open terrace.

The shophouse has been zoned as fully “commercial” under the Urban Redevelopment Authority’s (URA) Master Plan 2019 and would be well suited for own usage or investment, said PropNex.

Meanwhile, the adjacent unit at 96 Amoy Street was put up for sale with a guide price of S$18 million last year via an EOI exercise. According to PropNex senior associate division director Loyalle Chin, the property has not been sold as offers made via the EOI, which ended Oct 29, were not accepted by the owner.  Till now, a sale has yet to be made.

The highest recorded transaction at 1 Teck Lim Road was sold at nearly S$22.3 million, an approximate S$4,263 per square foot (psf) based on built-up area.

Situated near Novena and Toa Payoh MRT stations, its indicative price tag of S$6.8 million works out to about S$1,090 per square foot per plot ratio.

The freehold property has a land area of 2,079 sq ft and a gross plot ratio of 3.0, which will allow property owners to increase the floor area up to 6,236 sq ft. This means that owners will have the option to rebuild the current two-storey property into six storeys with an attic.

According to URA permissible uses, the upper storeys can be converted as residential co-living or student’s accommodation.

Both storeys are rented out to an interior design firm Artrend.

Zoned as “commercial and residential”, the shophouses are situated near employment clusters such as Tan Tock Seng Hospital, Thomson Medical Centre and Health City Novena as well as several educational facilities like Curtin Singapore, East Asia Institute of Management and SJI International.

PropNex recommended the property for use as a rental investment or redevelopment.