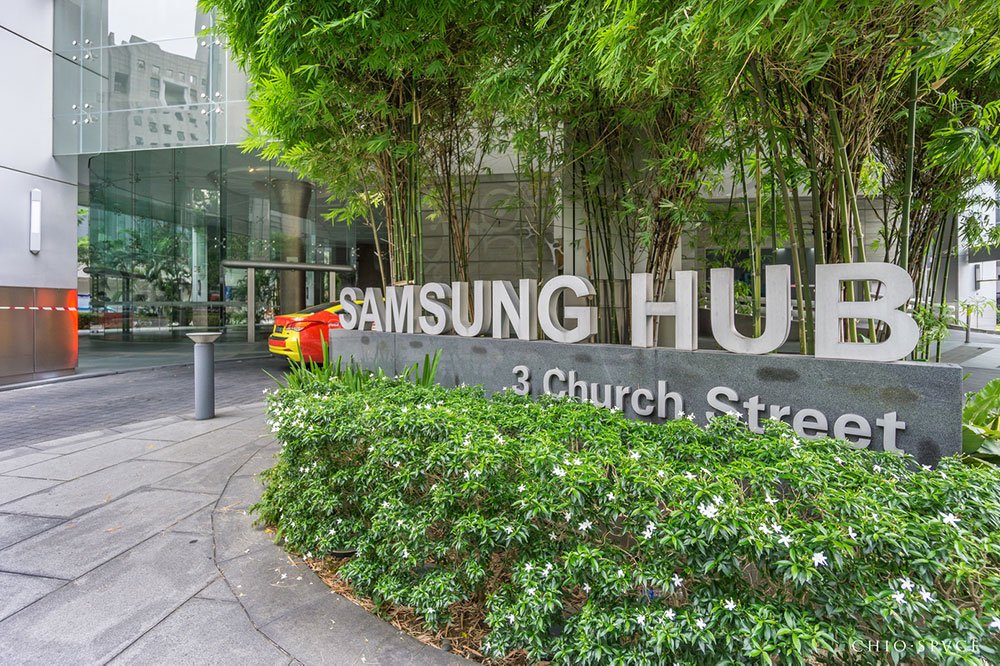 This is a record psf price for an office floor in the 999-year leasehold building in the Raffles Place financial district, surpassing the previous record of S$3,800 psf in February last year for the 11th floor.

Both floors were sold by property investment group Sun Venture. In the latest deal, the buyer is property and construction group Lee Kim Tah.

Samsung Hub is one of the very few 999-year leasehold buildings in Singapore’s Central Business District (CBD) offering strata office play to investors. The 30-storey development in Church Street, which received Temporary Occupation Permit in November 2005, has offices from level 8 to the top floor.

BT understands that the ninth floor, which Lee Kim Tah is buying, is leased to three tenants (one of which is Cushman & Wakefield); their leases expire between this year and 2023.

Lee Kim Tah is expected to occupy at least part of the floor eventually. The group operates  n leased premises within the Certis Cisco Centre in Paya Lebar which is expected to be redeveloped.

CBRE brokered the recent sale of Samsung Hub’s ninth floor as well as that of the 11th floor last year. The net yield on the earlier transaction was 2.5 per cent.

The net yield on the ninth floor deal – based on the current rental income and the $$4,050 psf price -is in the low-2 per cent range.

When contacted, CBRE’s head of capital markets for Singapore, Michael Tay, said that notwithstanding the lower yield, investors can take a position on office assets in Singapore because of the tight supply in terms of new completion as well as high occupancy for existing office stock despite the Covid-19 outbreak.

Data from CBRE Research show that so far this year, some S$1.34 billion of Singapore office assets have been sold.

Mr Tay said: “In 2020, the key challenge to transacting office assets was the lack of clarity on office leasing demand and rentals as corporates held back on major decisions at the start of the pandemic.

“While the future of long-term office demand is still unclear amid evolving hybrid work models, we have seen healthy leasing activity for new office developments such as 79 Robinson Road and CapitaSpring since the third quarter of last year.

“In addition, we are seeing encouraging absorption of secondary stock – or space vacated in older buildings by tenants relocating to new developments – as some occupiers are expanding their business, such as thosein tech and wealth management.”