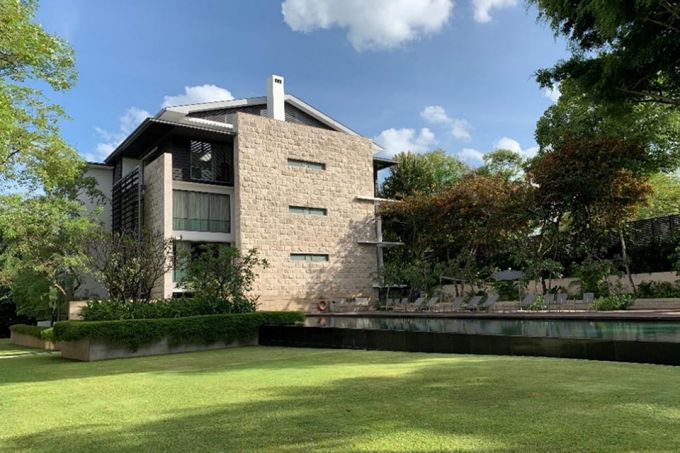 SALES of distressed residential properties may be moving at glacial speed but some are getting sold as buyers pay near the opening prices, either at auction, or by negotiation after the auction.

A mortgagee property at The Ladyhill was sold above the opening price of $$7.055 million after the Jan 7 auction, said Sharon Lee, Knight Frank’s head of auction & sales.

It was transacted at S$7.1 million, The Business Times understands.

The 4,499 sq ft unit is the largest penthouse facing greenery at The Ladyhill, an upscale 55 unit freehold condo near the Shangri-La Hotel, The Ladyhill condo was the maiden project of luxury developer SC Global.

It was scheduled for auction in June last year with an asking price of $$8.3 million, according to an Edge Prop article in May 2020.

For much of 2020, restrictions on gatherings meant auctions were on hold. Auctions resumed in October last year when a maximum of 50 people were allowed at events.

Banks which hold the mortgagee properties will start at the valuation price – and continue to try to sell at lower prices if there are no offers.

Properties can also be sold before auction as was the case in a Jan 21 auction where two homes got offers which were accepted, she said. The offers came in following the pre-auction publicity.

A landed home in Lorong Pisang Raja was sold at $3.018 million, above its $2.62 million guide price while a Parc Olympia condo received an offer of $635,000, same as the guide price.

“Sometimes the offer is very good, (and the bank) doesn’t want to waste it; in some cases the offer could be above valuation,” said Ms Lee.

At the Jan 21 auction, the opening bids for two mortgagee properties both shop units at Golden Mile Complex – were the same as their opening prices, and accepted.

But at a February auction, action was seen with lively bidding for a 3-bedroom apartment in City Square Residences which went under the hammer finally at $1.86 million, up from its opening price of $1.55 million, said Ms Lee.

There were altogether 17 bids for the City Square Residences unit, she said.

Potential buyers continue making their rounds at property auctions hoping to pick up bargains but auctioneers say fire sales are not typical. Some of these buyers then try their luck after the auction and make their offers to the auction houses.

For instance some 50 people turned up last month at an Edmund Tie auction but no properties were sold as the bids did not match the reserve prices.

In the Feb 24 auction, 14 mortgagee properties were put up with prices ranging from $200,000 to $8.5 million, said Joy Tan, senior director, and head of auction and sales at Edmund Tie.

Private treaty is the normal mode of sale, where the buyers and sellers agree on the pricing and the terms of the contract are subject to negotiation. “Most bidders want the ‘lowest

price’ if possible and hopefully they can have some bargains via private treaty sale,” said Ms Tan.

“They have the mindset that if no one starts the bid, they hope to bar- gain down after the property is withdrawn and the deposit will then be only 1 per cent option money and they have two weeks to exercise the option,” she said.

In an auction sale, successful bidders will have to put down a five or 10 per cent deposit of the successful bid price and execute the contract immediately; plus the terms in the conditions of sales cannot be altered, she said.

In January, Ms Tan managed to sell three mortgagee homes after the auction, for prices near to guide prices.

One was a landed home, a 3.5-storey corner terrace in Andrews Terrace which went for $3.5 million, similar to the guide price.

The Andrews Terrace house buyer “initially offered a lower price and during the negotiations, another two interested buyers came in to counter with a higher offer and so it resulted in the property sold at our guide price,” she said,

Ms Tan said: “They are selling close to the guide price because the residential market is resilient.”

Ms Lee said: “The residential market is strong, more people are home, as there’s no travelling and so they have time to look at properties.”

Private home prices rose 2.1 per cent quarter on quarter in the last three months of 2020 – a jump from 0.8 per cent in the quarter prior.