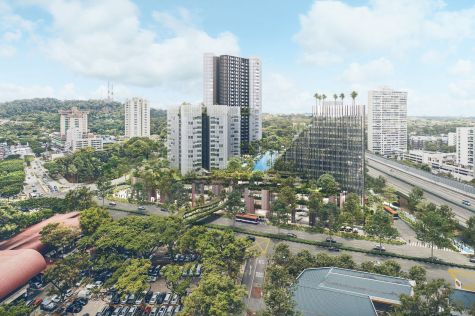 THE Urban Redevelopment Authority (URA) has awarded a state tender for the 99-year leasehold commercial and residential site at Jalan Anak Bukit to Far East Organization and Sino Group, who jointly submitted the highest bid of around S$1.028 billion among the three shortlisted tenderers.

Based on the maximum gross floor area, this works out to about S$989.4 per square foot (psf).

“Overall, the concept proposal is compelling in its well-considered site planning, design response to tropical climate and integration of the various uses and public spaces,” the URA said of the winning bid.

Located at the junction of Upper Bukit Timah Road and Jalan Jurong Kechil, the 3.22 ha site next to Beauty World MRT station can be developed up to a maximum gross floor area (GFA) of 96,555 square metres (sq m).

The URA said in the release that the proposed mixed-use development will have an integrated transport hub with a bus interchange on the second storey, with civic and commercial spaces across the first three storeys.

Aside from the new Beauty World bus interchange, there will an underground pedestrian link that will connect to Beauty World MRT Station on the Downtown Line.