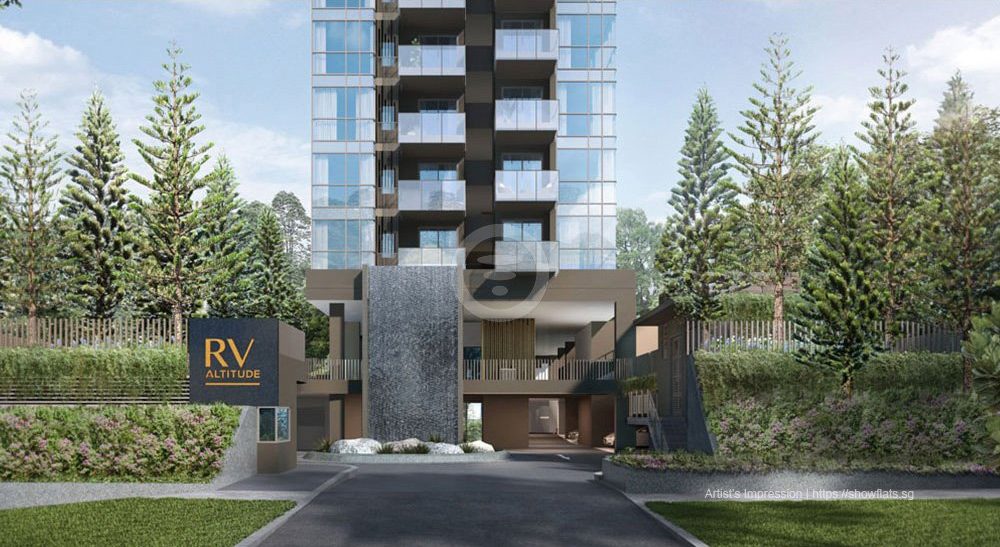 Conceptually designed along with the metaphor of rivers and valleys, RV Altitude nestles amidst an alpine-inspired landscape. Be welcomed home by lush landscapes made up of carefully selected pines and the sensual sound of moving and cascading water. Own a rare haven of magnificence and restfulness forever.

Roxy Pacific Holdings Ltd
Established in May 1967, Roxy-Pacific Holdings Limited, an established property and hospitality group with an Asia-Pacific focus, was listed on the SGX Mainboard on 12 March 2008. The Group is principally engaged in the development and sale of residential and commercial properties (“Property Development”). The Group’s recurring income streams are strengthened through its flagship hotel in the heart of historical Katong, Grand Mercure Singapore Roxy hotel, self-managed upscale boutique hotel, Noku Kyoto and Noku Osaka, Japan, and other investment properties in Asia-Pacific (“Hotel Ownership and Property Investment”).

Grand Mercure Singapore Roxy hotel, a major asset of the Group, is self-managed under franchise agreement with international hotel operator, Accor Group. Beyond Singapore, the Group has opened its upscale boutique hotels under the Noku hotels brand name in Kyoto, Japan, followed by Osaka, Japan, and Maldives. The Group has other land parcels intended for development into hotels in Phuket, Thailand.

For Property Investment, the Group owns 52 retail shops at the Roxy Square Shopping Centre in Singapore. In Australia, Roxy-Pacific owns a 45% interest in a freehold six-storey commercial building at 312 St Kilda Road in Melbourne’s CBD. The Group also owns a 40% interest in a centrally-located, 10-storey commercial building at 33 Argyle Street, Parramatta, New South Wales. In Auckland, the Group owns NZI Centre and has a 50% interest in the office building at 205 Queen Street, marking Roxy-Pacific’s maiden foray into New Zealand.

Ronny Chin Architecture
Being a dynamic and knowledgeable practice, RCA has worked on a wide range of projects. The firm accepted and completed many challenging projects of various types and scales. Without a doubt, our forte and niche is in multi-unit apartments. Our ranks of commission and portfolio also include high rise condominium, strata housing, bungalows, light industrial facilities.

We are also capable of offering a comprehensive list of related professional services in;

RCA is an architectural firm with a group of dedicated and proficient professionals. The primary emphasis of this practice is to communicate and achieve Design Excellence. We believe in creating innovative, yet sensible architecture. We believe in enhancing the quality and functionality of the built environment, and to safeguard the natural environment via well-conceived design and construction methods.

RCA is also dedicated to produce creative and sustainable architecture design with schedule using state of the art technology that shall result in better customer satisfaction.

Holland Hill Lodge up for collective sale at S$25.8m