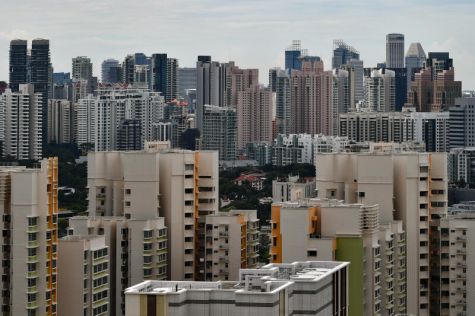 If such a wealth tax must be implemented, some cooling measures may have to be rolled back too

THE chatter on wealth taxes has been increasing in intensity over the past year. The reason propounded for an implementation is to promote an inclusive society by finding additional sources of government revenue to fund various altruistic schemes. The shift away from taxing income to that of wealth is perhaps a way, but not the only means to achieve that objective.

From public forums, the form that the wealth taxes being considered here appears to be focused on the taxation of property gains and/or inheritance.

The analysis will look back 20 years in time to the periods H1/2001, H1/2011 and H1/2021. To begin, we studied how the Lorenz curve for private residential transaction values had evolved over time. (The Lorenz curve is a graphical representation of income or wealth inequality.) From this, we can calculate the Gini coefficient for the transaction market.

The interpretation of this Gini coefficient is slightly different from that used to describe household income. Here, the seller of the property receives cash in the form of equity and/or any profit from the transaction. The larger the Gini coefficient, the bigger the disparity in sales proceeds – and the buyer’s corresponding buying power – in the transaction value curve vis-à-vis a uniformly priced private housing market.

Optically, the Lorenz curves for the three periods do not appear to have varied too much.

The data hints that our private house values are closer to the ideal uniformity when compared against income levels.

Looking at the average household income levels for those who lived in non-landed and landed private residential homes, we find that the upper income groups have seen their numbers increase at the three periods.

Private residential prices have been increasing at a very modest compounded growth rate for the past 10 years.

For non-landed prices in the luxury segment, they have instead fallen. From 2010 to 2020, median household income rose at a compound annual growth rate (CAGR) of 3.8 per cent, while nominal gross domestic product (GDP) grew at a CAGR of 3.7 per cent. That has outpaced private property price increases at a CAGR of 1.2 per cent.

We now turn to those in the top income bracket. Using the land price for Good Class Bungalows (GCBs) as a proxy for their housing choice, we find that it is negatively correlated to the national income Gini Coefficient.

A negative correlation is good because it means that although the rich are reaping capital gains – as GCB land prices rose at a CAGR of 3.8 per cent from 2010 to 2020 – income disparity in general has also been narrowing.

While there may be many ways to interpret this, including one that simply says that this is a spurious correlation, we believe it gives some hint that the ultra-high net worth class here has generally been contributing to the welfare of society while not being penalised – as reflected by the value of their GCBs – for doing that.

The slower price increase for island-wide private properties and a negative growth rate for the luxury segment is likely attributed to the slew of cooling measures that were implemented in the last decade.

This then poses the question of whether a wealth tax on real estate is justified. We list down some of our thoughts.

Intuitively, wealth taxes on private residential properties look like a form of low-hanging fruit that can add more sources to government revenue. It is attractive because prima facie, it appears to achieve the objective of transferring wealth from the upper spectrum of society to help those at the lower end.

However, when given a more complete picture of the private housing market, the idea of imposing a tax in a direct form needs to be much more seriously discussed.

Analysts have often cited one downside of technology as accelerating job redundancies. For those in the middle to upper middle-income classes whose careers may be torpedoed by technology or crises, their best help is a housing downgrade.

If the finality is such that a wealth tax must be implemented, then some of the slew of cooling measures may have to be rolled back to give the market slack to return to an even keel.