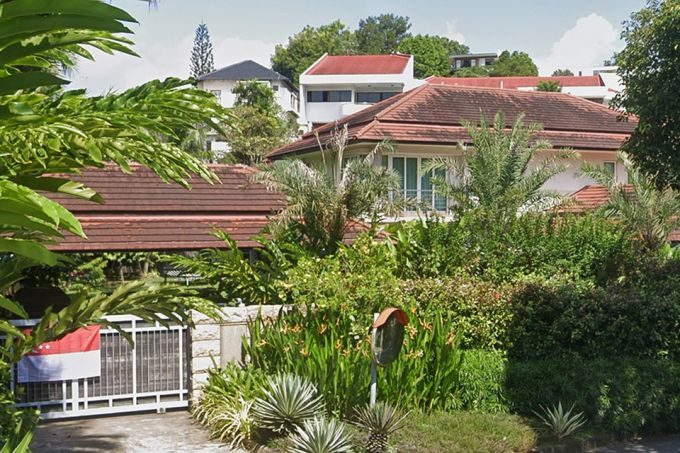 The price works out to $1,706 per square foot on the freehold land area of 30,954 sq ft. The property is a short distance from the Sixth Avenue MRT station on the Downtown Line.

The transaction is understood to be at the option-grant stage. The property is being sold by three members of the Pang family behind Catalist-listed offshore marine services group Pacific Radiance, which is undergoing restructuring. The family’s two-storey Third Avenue bungalow is said to have five bedrooms, a pool and a large car park space.

Realstar Premier founder William Wong described the psf price as fair, and reflecting the steady price appreciation in GCB Areas in the past year. “The land price in this locale is about $1,600-1,800 psf currently, as compared with $1,300-1,500 psf a year ago.”

Realstar did not broker the transaction.

Mr Wong said: “This is a corner property offering privacy and on a slightly elevated site. Although the house on site is not new and its design dated, it is structurally sound and quite liveable.

“The property could do with refurbishment, but it need not be torn down for redevelopment.”

Mr Tan, 43, made his fortune through Razer which he co-founded in 2005 with fellow gamer Robert Krakoff, after giving up a legal career. The company, headquartered in Singapore and the United States, rode on the success of its gaming mouse and gained a cult-like following. Mr Tan is known for his eccentric quips and direct engagement with fans on social media.

Razer drew backing from state investor Temasek and tycoon Li Ka-shing, among others, and became one of South-east Asia’s first tech unicorns. An initial public offering in November 2017 in Hong Kong raised HK$4.1 billion (S$710 million) for the company and made Mr Tan a billionaire at age 40.

Razer had a market value of HK$17.8 billion as of Friday. In March, it posted net profit of US$5.6 million for FY2020 ended December, marking its first year of profitability since it went public. The group had posted a loss of US$84.2 million in the previous financial year. Revenue rose 48 per cent to a record US$1.21 billion in FY2020, from US$820.8 million a year ago.

While the sale of mice, keyboards, audio devices and laptops contribute to the bulk of Razer’s revenue, the company has expanded into financial services and wants to build a “bank” for millennials. Its fintech arm has indicated interest in digital banking licences in a number of international markets after it failed to get one in Singapore.

Bungalows in the 39 gazetted GCB Areas are the most prestigious form of landed housing in Singapore, with strict planning conditions stipulated by the Urban Redevelopment Authority (URA) to preserve their exclusivity and low-rise character. One generally has to be a Singapore citizen to be allowed to acquire a landed property in a GCB Area.

The GCB market has been on a roll this year, with a surge in transaction volumes as well as prices. Based on URA Realis caveats data, there have been 55 deals in GCB Areas totalling nearly $1.6 billion up to July 1 this year. This exceeds the tally for the whole of last year – 46 deals amounting to $1.1 billion.

The above numbers do not capture the full extent of the GCB buying fervour since the lodging of caveats is not compulsory.

The buying momentum in GCB Areas is emanating from both locals and new citizens. Some of them have sold their businesses or benefitted from an IPO, including entrepreneurs riding the digital economy boom.

In March, Jin Xiao Qun, the wife of Nanofilm Technologies International founder and executive chairman Shi Xu, was in the headlines for buying an old bungalow in Nassim Road with a land area of 32,159 sq ft for $128.8 million. The price worked out to $4,005 psf -a record price for bungalow redevelopment land in a GCB Area.

Local technopreneur Tommy Ong, who sold his Singapore-based e-commerce marketing platform Stamped.io to Canada-listed WeCommerce in April for up to US$110 million, is in the option-grant stage of a $63.7 million acquisition of a bungalow under construction in Cluny Hill.

On Friday, The Business Times reported that Chloe Tong, wife of Grab co-founder and CEO Anthony Tan, has purchased a bungalow in the Bin Tong Park GCB Area for S$40 million.

Wealthy families have also been buying bungalows in GCB Areas for the next generation.