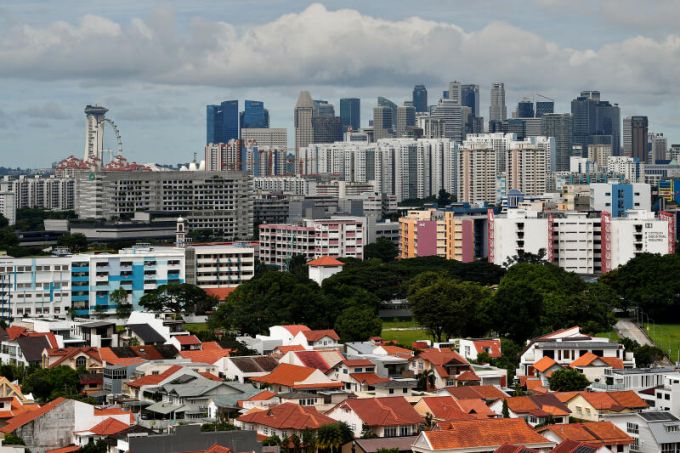 PRICES of private homes and Housing Board (HDB) resale flats accelerated in the final quarter of 2021 to cap off a robust year, the government’s flash estimates showed on Monday (Jan 3).

The private residential property index and the HDB resale price index both rose for the seventh straight quarter in Q4 2021, and at a faster pace than in the previous 3 months.

Overall prices of private homes jumped 5 per cent quarter on quarter (q-o-q), compared with the 1.1 per cent rise in Q3 2021, according to Urban Redevelopment Authority’s (URA) flash figures.

OrangeTee & Tie senior vice-president of research and analytics Christine Sun noted that the full-year estimate is the highest annual growth since 2010, when prices surged 17.6 per cent. The Q4 figure also represented the largest quarterly increase since Q2 2010, when prices had gained 5.3 per cent.

Non-landed private homes clocked a 5.4 per cent q-o-q price growth in Q4 last year, which was quicker than the 0.7 per cent increase in Q3, URA’s flash data showed.

Huttons Asia senior director (research) Lee Sze Teck wrote that several projects which launched in October and November – such as Jervois Mansion, CanningHill Piers and The Commodore – saw “excellent” sales on their first weekends, which supported price increases in the quarter.

Meanwhile, prices of landed homes were up 3.7 per cent q-o-q in the fourth quarter, compared with the 2.6 per cent increase in the third quarter.

This came as interest in landed homes, including Good Class Bungalows, had continued unabated in the final quarter, Lee noted.

By region, non-landed private residential properties saw the biggest jump of 7.3 per cent in the RCR, speeding up from the 2.6 per cent rise in Q3 2021.

That was followed by the OCR with a 5.4 per cent growth, versus its 0.1 per cent decline in the previous quarter.

Ohmyhome research and content analyst Mohan Sandrasegeran said that in the new-sale segment of the private property market, Q4 saw more big-ticket transactions above the S$15 million mark than in Q3. “There was a higher propensity towards penthouses in the fourth quarter,” he noted.

URA’s flash estimates are compiled based on transaction prices given in contracts submitted for stamp duty payment as well as data on units sold by developers up till mid-December, before the latest round of property market cooling measures kicked in on Dec 16, 2021.

Property analysts have said that investors and foreigners would bear the brunt of the new measures, particularly the increased additional buyer’s stamp duty (ABSD) rates, while first-time homebuyers could be the least affected.

ERA key executive officer Eugene Lim said demand for private homes will largely be driven by buyers that are not affected by the ABSD regime. “These would be first-time buyers or those who have sold or are going to sell their existing residential properties in order to buy another.”

He added: “In 2022, it will become a genuine homebuyers’ market, and it will make sense for motivated sellers to pursue this group with realistic pricing.” The first 6 months of this year may see deals taking longer to close due to a possible mismatch in price expectations of sellers and buyers, Lim said.

Nicholas Mak, ERA head of research and consultancy, predicted a 0 to 3 per cent year-on-year increase in private residential property prices in the next 12 months as the most likely scenario.

In the public housing market, HDB’s flash data showed the resale price index posting a 3.2 per cent q-o-q increase in the fourth quarter of 2021, accelerating from the 2.9 per cent gain in the third quarter.

Resale flat prices climbed 12.5 per cent for the whole of 2021, based on the flash estimates.

Sun noted that this is the strongest yearly growth since 2010, when prices surged by 14.1 per cent.

Sandrasegeran from Ohmyhome said that 19 out of the 26 HDB towns recorded price increases across the varying flat types in Q4 2021, with the biggest jump of 12.4 per cent seen in the Central Area amid a greater number of million-dollar deals there.

Huttons’ Lee pointed out that resale prices picked up pace in Q4 2021 after holding steady at around 3 per cent in the prior 3 quarters.

“If the construction delays are not resolved, the planned ramp-up in Build-To-Order (BTO) supply is not going to resolve the demand and supply imbalance in the HDB resale market,” he said. “At some point, price resistance will set in.”

On balance, Huttons expects HDB resale prices to chalk up another year of strong growth, of up to 8 per cent, in 2022.

The price increases came as demand continued to outstrip supply in many areas. For one thing, the construction delays and long completion periods for new BTO flats again drove buyers to the resale market. Sun added: “Some private home owners have also sold their condos amid the rising private home prices and downgraded to public housing.”

She expects the new cooling measures to have a limited impact on the HDB resale market. Among the latest property curbs was a tightened loan-to-value (LTV) limit of 85 per cent, from 90 per cent previously, for housing loans from HDB.

Sun said this reduced LTV may prompt HDB flat buyers to generally be more prudent in their home purchases and even take the opportunity to negotiate for lower prices. “Some sellers may start adjusting their price expectations as well,” she added.

However, OrangeTee & Tie does not expect HDB resale prices to fall because demand is likely to remain robust given that construction may still be delayed for some new BTO flats. The overall employment rate in Singapore also remains healthy, and most sellers may not be in a hurry to sell their flats nor face financial difficulties that might lead them to slash prices significantly, Sun noted.

Lim from ERA expects the upward momentum to continue for HDB resale prices this year. “However, as the price gap between resale and BTO flats widens further, eligible buyers that do not see the value in paying a premium for resale flats may decide to wait it out via the BTO route,” he said.

With rising resale prices and more BTO offerings from HDB this year, ERA anticipates a dip in the resale volumes to around 25,000 for 2022, down from an estimated 31,000 flats in 2021.

HDB noted that its flash figures were compiled based on the transaction prices of resale flats up till about the third week of December last year. The resale price index for the full quarter, together with more detailed public housing data, will be released on Jan 28, 2022.