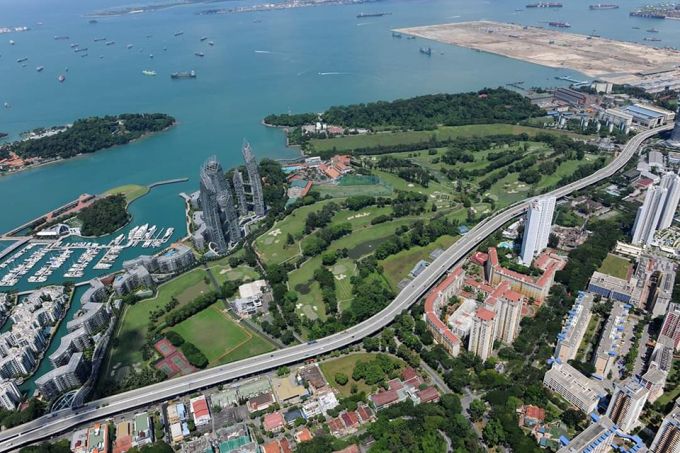 AN AREA like the Greater Southern Waterfront (GSW), with sea views and proximity to the city centre, would likely be considered a prime public housing locale by many people.

But different areas may also become prime over time, said Minister in the Prime Minister’s Office Indranee Rajah during a radio show on Thursday (Nov 11).

This is why the government’s approach is to first focus on locations that “everybody readily recognises as a prime area” under the new prime location public housing (PLH) model that was announced last month.

Public rental flats will also be built on these sites, where feasible, for lower-income households.

The first Build-To-Order (BTO) project to come under the new model will be in Rochor, and units will be up for sale this month. Owners will be subjected to a 10-year minimum occupation period (MOP), and have additional subsidies be clawed back by the government upon the flat’s resale, among other conditions.

Asked what constitutes a prime location during the MoneyFM 89.3 The Breakfast Huddle show, the minister, who is also Second Minister for National Development and Finance, replied: “It’s a bit like an elephant. You can describe it, but it’s very hard to pinpoint every single detail until you see it.”

A good example of a prime location is the upcoming GSW, she added. “It’s prime because it’s close to the sea, central and has access to facilities,” she noted. “We didn’t want to hard-code it in the beginning. Over time, different areas may become prime. So what we’re doing now is focusing on the areas which everybody readily recognises as a prime area, and we’ll announce as and when.”

National Development Minister Desmond Lee previously said that besides the city centre, some of the HDB estates immediately surrounding the city centre may qualify, depending on specific site attributes.

The PLH model – to ensure that new public housing in prime, central locations will remain affordable, accessible and inclusive for Singaporeans – comes after almost a year of public consultations.

More than 7,500 Singaporeans weighed in with ideas and suggestions.

“We did a very wide consultation because we wanted to make sure people, firstly, understood the rationale (for the PLH model) and, two, that the conditions (imposed) sit well with people,” said Indranee.

The decision to extend the MOP for prime location HDB flats to 10 years, up from the current five, follows extensive discussions. MOP is the period of time owners have to live in the flat before they can sell it on the open market.

“Everybody knows the existing one is five years, so the question is how much longer than that? The general feel was that double that would be a fair time period,” she said. “If you’re a young family buying (a PLH flat), 10 years really gives you time to have your kids, to make sure you’re settled in your unit and you should be more settled in your job. Basically, it’ll feel like a home and you’re not going to be flipping it every few years.”

Conditions such as the subsidy recovery drive home the point of home ownership, instead of speculative buying in the hopes of gaining a huge windfall, she said.

“Everybody knows that when you sell a resale HDB flat, unless the market is really very bad, you usually get a – I hesitate to use the word ‘profit’ – but you will usually be able to sell it for more than what you bought it.

“What we are trying to do is to reduce some of that huge windfall so that you put these people in similar positions as other (HDB owners) who get a windfall.”

On a broader scale, the PLH model is about ensuring land sustainability and breathing new life into old areas, said Indranee.

“We are actually recycling the entire island as and when we’re able to, so that over time, the entire island is renewed… There’s a certain cycle to it; it could be 50, 70 years when the cycle comes around again,” she said.

“And because this is public housing, it’s a reassurance to Singaporeans that you will be able to get access to public housing in beautiful, good locations and in a fair way.” THE STRAITS TIMES