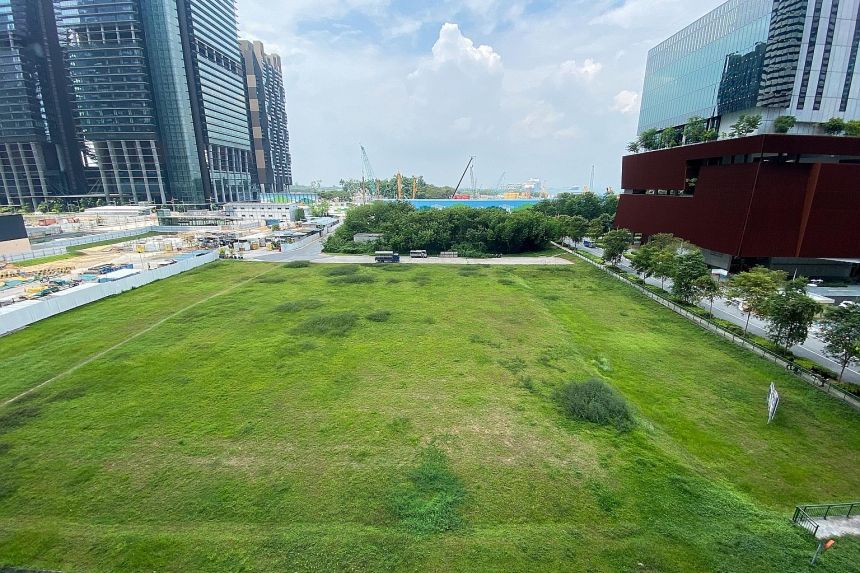 The Urban Redevelopment Authority launched the sale of a plum site in Marina View yesterday, after an unnamed developer undertook to bid at least $1.508 billion for it.

The white site – intended for a mixed-use development with residential, hotel, commercial and/or serviced apartments – was released under the reserve list of the first-half 2021 Government Land Sales programme.

The public tender for the land parcel will close at noon on Sept 21. Any tender below the minimum bid of $1.508 billion – which works out to $1,379 per sq ft per plot ratio (psf ppr) – will not be accepted.

Located in the Central Business District, the site would likely benefit from the future Greater Southern Waterfront development, which extends from Pasir Panjang to Marina East.

An entity linked to IOI Properties Group was reportedly the party that triggered the release for the site’s sale, according to The Business Times. When contacted yesterday, a spokesman for the group declined comment.

The Malaysia-listed group is developing another white site in Central Boulevard, which it acquired for $2.57 billion in November 2016 after triggering its release with a minimum bid of $1.536 billion. That worked out to a land rate of $1,689 psf ppr.

IOI Properties told The Straits Times yesterday that its IOI Central Boulevard Towers is “progressing and is slated to be completed by the third quarter of 2023”.

Mr Wong Xian Yang, Cushman & Wakefield’s head of research for Singapore, said: “The main play here is on the growth of the private residential market in the CBD and the recovery of the hotel market… With more family offices setting up shop in Singapore, demand for prime residential units within the CBD is expected to rise.”

PropNex chief executive Ismail Gafoor said the site could garner good interest, given limited new home supply in the downtown core and plans to “ensure the CBD does not become a ghost town after work hours”. 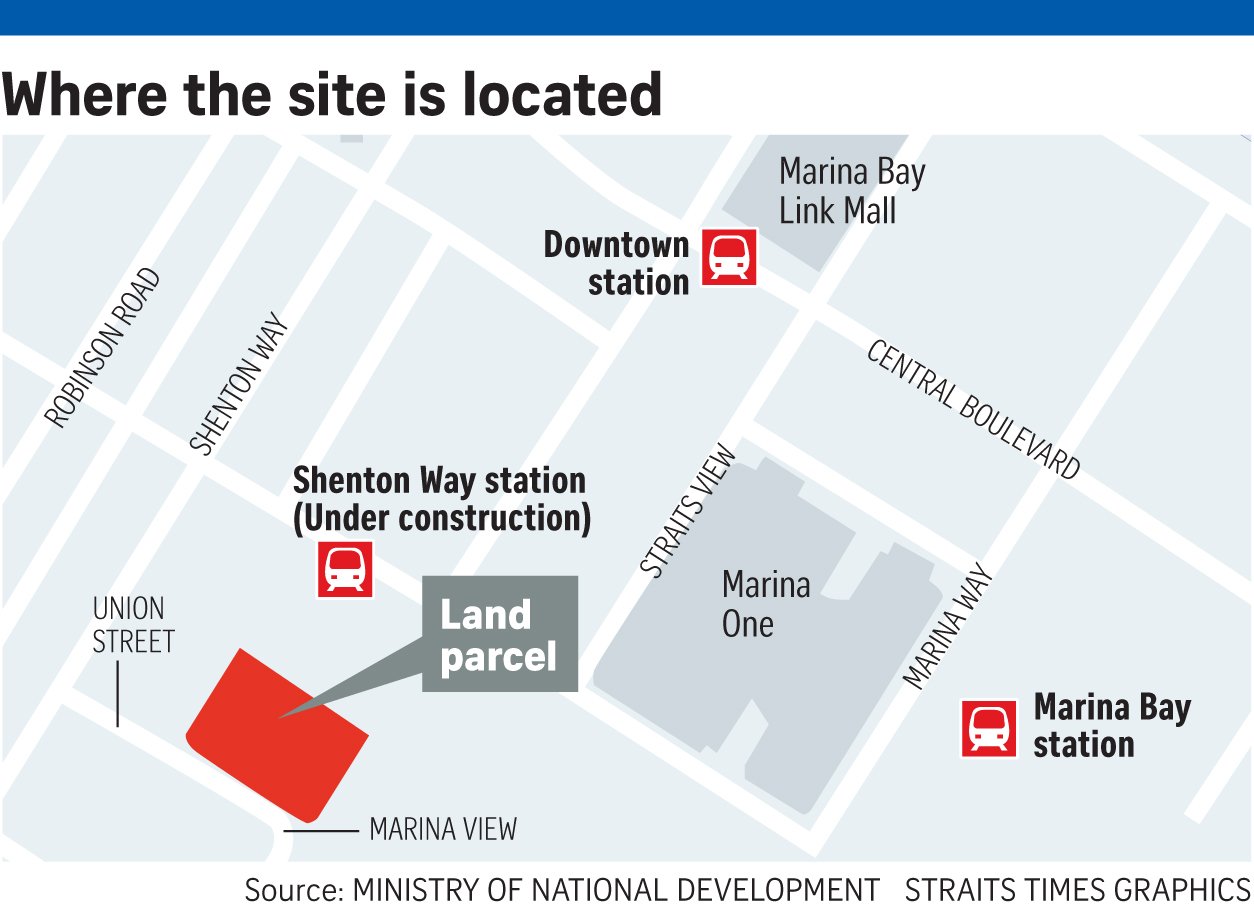 Mr Ismail added: “The Marina View site has the potential to become a trophy project for a developer in downtown Singapore. Given the sizeable financial commitment required, developers may join forces to bid via a joint venture.”

Developers may propose uses such as co-working office spaces or entertainment venues, Mr Ismail said. “As the development will include… a mid-sized hotel, it will make sense to incorporate meeting and convention facilities, perhaps even medical facilities that allow for Covid-19 testing and vaccinations as part of the new normal.”

Ms Wong Siew Ying, PropNex’s head of research and content, said that compared with the Central Boulevard site, developers may be more interested in the Marina View site.

New flats in Bishan after 14 years