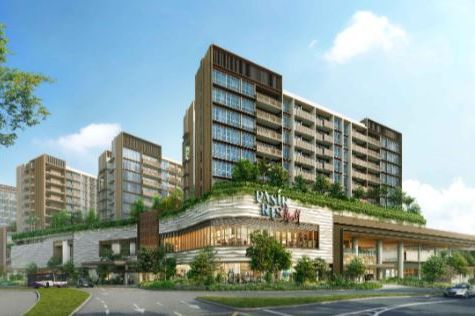 CONDOMINIUM Pasir Ris 8 has sold 415 units or 85 per cent of the total inventory of 487 apartments over its launch weekend on strong demand, developer Allgreen Properties said in response to queries from The Business Times on Sunday.

BT further understands that there were six rounds of price increases for the units on Saturday. At 8pm, the price of a two-bedroom unit was said to have been raised by up to $360,000, translating to over $2,000 psf.

In response to queries, an Allgreen spokesperson said: ‘We reviewed the prices several times according to the different attributes of the units and stacks available and the demand at that point of sales.”

Interest was strongest for the two-bedroom units, the spokesperson added, although there was a “good spread of take-up” across all unit types. Buyers included a mix of HDB upgraders looking to occupy the units, as well as investors.

The condominium, which is situated in a mixed-use development with a 260,000 sq ft retail mall, is developed by Allgreen and Kerry Properties. In early-July, the developers’ joint venture companies bagged an $861.8 million green loan for the mixed-use project.

Allgreen chief executive Lee Yew Kwung said that he is happy about the “strong support’ for the condominium launch. A key reason is the good retail infrastructure and connectivity with Pasir Ris MRT Station and a bus interchange, he said.

There is pent-up demand among Pasir Ris buyers as it has been several years since the launch of a major residential development in the estate, reckoned ERA head of research Nicholas Mak.

He added: “The work-from-home culture has also increased the preference for living within an integrated development.”

Mark Yip, chief executive of Huttons Asia, said that this is the “first significant launch of a private condominium in the suburbs or Outside Central Region this year”.

Despite the reversion to tighter Covid-19 restrictions, ground sentiment is still positive thanks to strong economic performance, he said, adding that in percentage terms, Pasir Ris 8 is the best-selling project thus far in 2021.