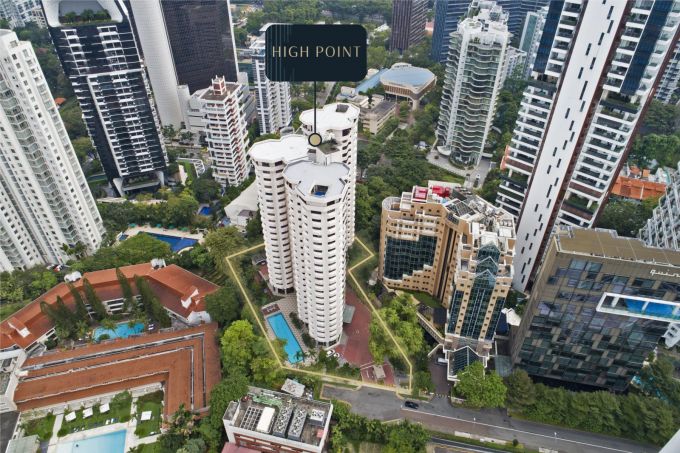 HONG Kong-listed Shun Tak Holdings is said to have called off the en-bloc deal for High Point condominium, possibly making it the first casualty of the latest property cooling measures announced by the government last week.

Shun Tak, which is understood to have forfeited its S$1 million tender deposit, did not respond to queries from The Business Times by press time. Savills, which is the marketing agent for High Point, declined to comment when contacted on Thursday (Dec 23) night.

It was announced on Dec 9 that Shun Tak had clinched the freehold 22-storey condominium in the Orchard area for nearly S$556.7 million – which would have been the Hong Kong group’s fifth acquisition in downtown Singapore in 5 years.

The land price for the site translated to S$2,537 per square foot per plot ratio (psf ppr) including the development charge of S$18 million. Savills had said at the time that the sale price was the highest land price (psf ppr) transacted since July 2018.

Amid the backdrop of a global pandemic and still-buoyant property market, the government implemented another round of cooling measures on Dec 16 to prevent the market from over-heating.

Among the slew of measures was a hike in the additional buyer’s stamp duty (ABSD) for residential developers which went from 25 per cent to a more punitive 35 per cent. Developers will have to cough up the 35 per cent remissible ABSD on their residential site purchase price, with interest, if they fail to complete the residential project and sell all units within 5 years of acquiring the site.

This, along with the other cooling measures, is likely to make developers more careful about bidding for land, which could cool the en-bloc market, analysts have said.

Under the new rules, Singaporeans and permanent residents who already own a property and are looking to buy an additional one(s) are also facing higher ABSD rates, ranging from 17 per cent to 30 per cent. Foreigners will have to stump up an ABSD of 30 per cent, up from 20 per cent previously.

Shun Tak was planning to redevelop the freehold site at 30 Mount Elizabeth as a luxury residential project by 2027, the conglomerate said earlier this month.

High Point, which also attempted a sale in the previous en-bloc cycle 2 years ago, was put on the market in October this year with a guide price of S$550 million. It has 57 apartments and 2 penthouses, and sits on a land area of 47,606 sq ft site with an existing verified gross floor area of around 211,976 sq ft.

Completed in 1973, it is zoned residential with an allowable gross plot ratio of 2.8 and height control of up to 36 storeys.

Savills had said previously that High Point could be redeveloped as an ultra-luxurious residential project with up to 98 units, assuming an average size of 200 square metres each.

Shun Tak, which was founded by casino tycoon Stanley Ho and is helmed by his daughter Pansy, is marketing 2 other luxury residential projects in District 10 – its debut residential project, the freehold 54-unit Park Nova on Tomlinson Road, and the 14-unit, low-rise freehold Les Maisons Nassim in the coveted Nassim enclave.

Ms Ho said in a press release dated Dec 9 that the acquisition of High Point allowed Shun Tak to “further expand (its) portfolio and foothold in Singapore”.

Not far from Park Nova, Shun Tak is also developing a bungalow on Cuscaden Road into a 5-star hotel with 142 rooms. The hotel will be managed by the Artyzen Hospitality Group. In addition, it owns the commercial building, 111 Somerset, at Somerset Road.

This week, the tender for 99-year-leasehold Lakepoint Condominium closed with offers falling short of its reserve price of S$640 million. It is currently in a 10-week private treaty negotiation process.

Any capital gains tax may hit Singapore mass-market condos the most: survey