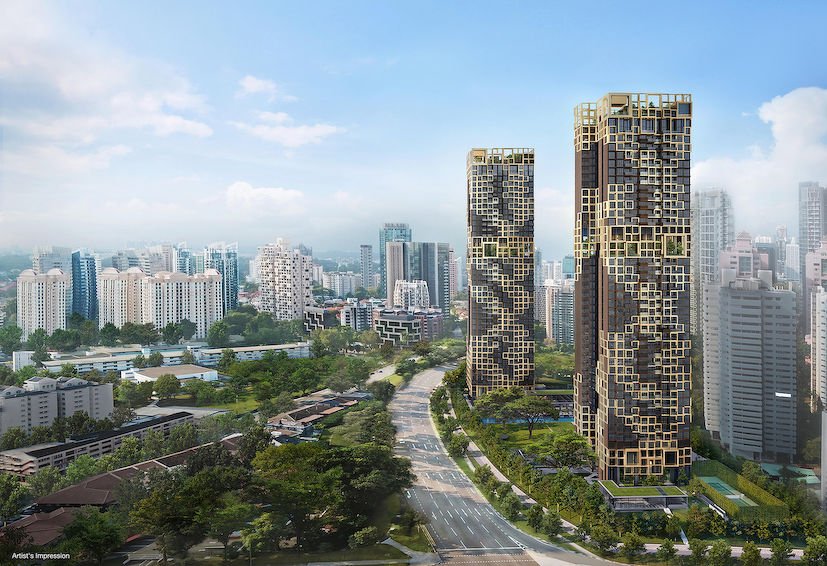 Buyers snapped up 278 of the 540 units of City Developments’ (CDL) Irwell Hill Residences, a 99-year leasehold development in prime District 9, on its launch weekend.

The condominium off River Valley Road was launched at an average selling price of $2,700 per square foot (psf).

About 80 per cent of the buyers were Singaporeans, with the remainder comprising permanent residents and foreigners from China, Malaysia, Indonesia, Australia, South Korea, Britain and others, CDL said yesterday.

CDL said all unit types were well received, with one-bedroom plus study and two-bedroom units the most popular. One four-bedroom penthouse was also sold for over $9 million, or $4,123 psf.

Irwell Hill Residences in Irwell Bank Road is a five-minute walk from the upcoming Great World MRT station and near the Orchard Road shopping belt.

The condominium comprises two 36-storey towers with a champagne gold pixel-patterned facade conceptualised by renowned Dutch firm MVRDV. Over 75 per cent of the development will be filled with lush greenery, including four conserved raintrees.

The market for new private homes in Singapore has shown surprising strength through the Covid-19 pandemic and economic challenges.

Last month, GuocoLand sold 340, or over 60 per cent, of the 558 units of its Midtown Modern condo in Bugis on its launch weekend, at prices averaging close to $2,800 psf. Swire Properties sold all 20 units at its completed ultra-luxury condo, Eden, at Draycott Park for $293 million to the Tsai family from Taiwan behind snack food giant Want Want.