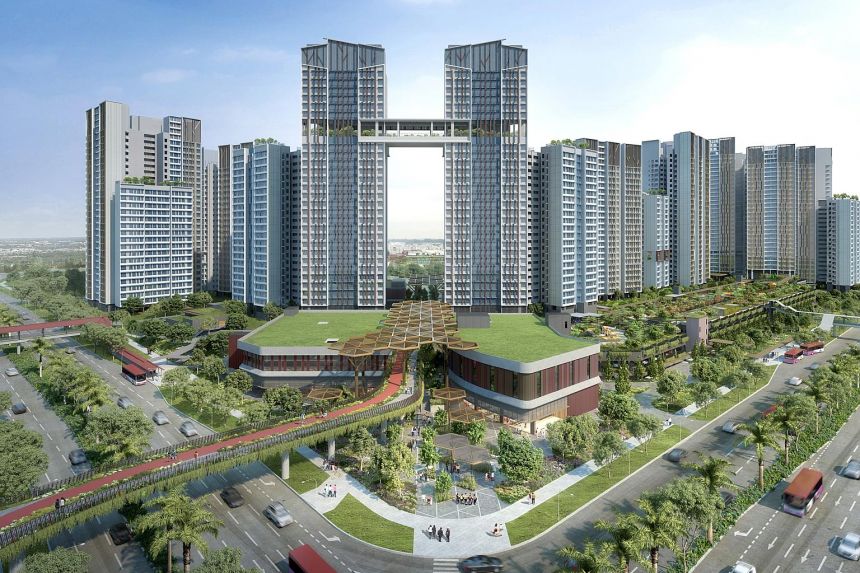 House hunters who could not apply for a Build-To-Order (BTO) flat in May now have plenty of options as 7,862 new flats in eight estates were launched for sale by the Housing Board yesterday.

For the first time in 14 years, 472 new units are up for sale in the mature estate of Bishan. The two-room flexi, three-room and four-room flats in Bishan Towers will have a waterfront view of the Kallang River. Bishan Towers is bounded by Bishan Street 11 and Braddell Road.

The last time new flats were up for sale in Bishan was in 2006, when 176 studio apartments for the elderly were launched.

Besides Bishan, the other flats are spread across the mature towns of Ang Mo Kio, Geylang, Pasir Ris and Tampines, and the non-mature towns of Choa Chu Kang, Tengah and Woodlands.

There are a total of 11 housing projects launched for sale, including flats that were originally slated to be launched in May but were postponed due to the extension of the circuit breaker.

In this round, there is no Sale of Balance Flats exercise, in which flats not sold in previous rounds are offered.

Another similar-sized BTO project in Geylang, Dakota One, has 421 three-room and four-room flats within walking distance of Dakota MRT station.

In Pasir Ris, some 1,070 two-room flexi, three-room, four-room and five-room flats are situated next to Pasir Ris Park. The project is named Costa Grove and prices start from $493,000 for a five-room flat. 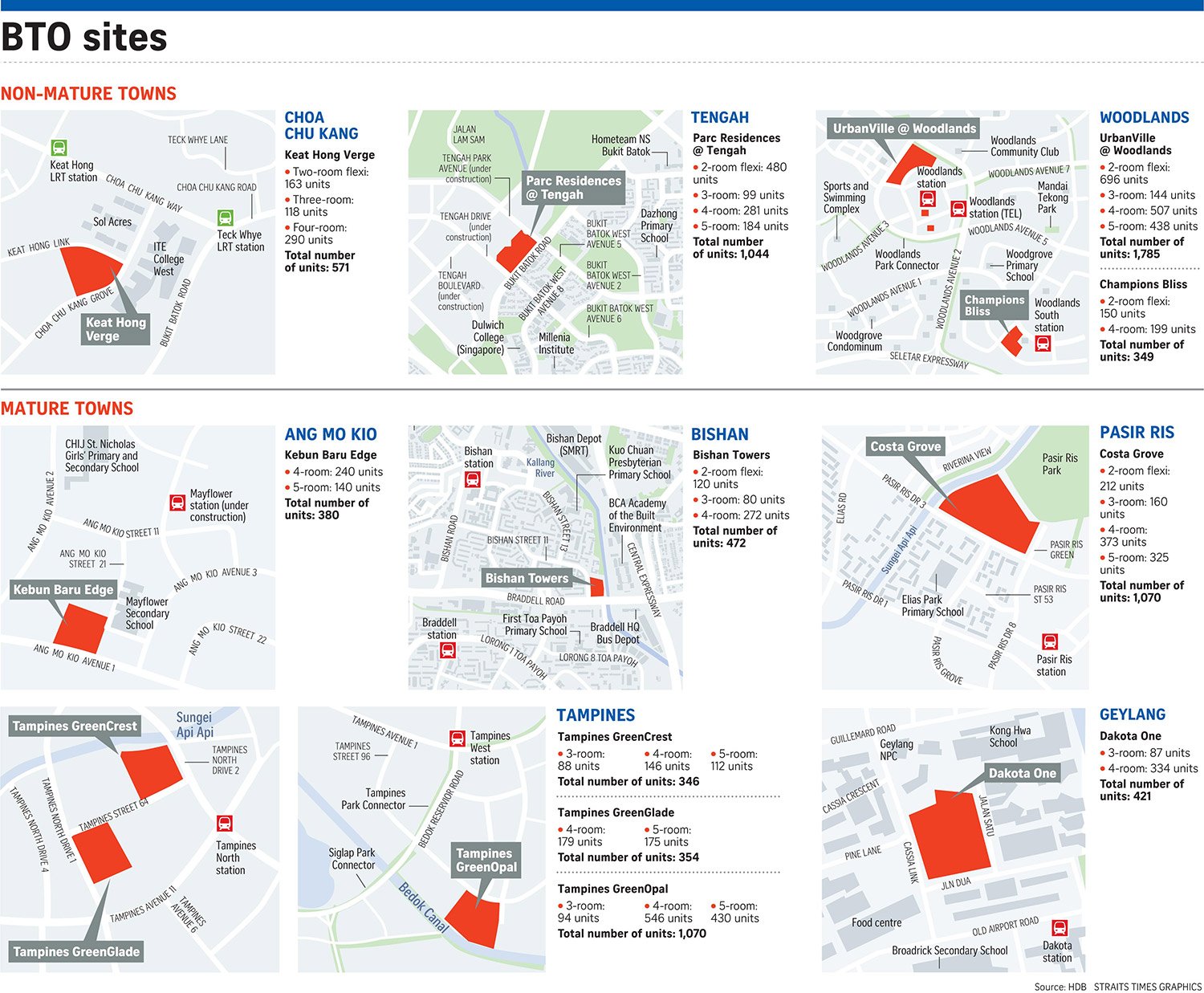 The remaining 1,070 units are located at Tampines GreenOpal, situated along Bedok Canal. These are three-room, four-room and five-room flats.

The biggest BTO project in this launch is in the non-mature town of Woodlands, with 1,785 two-room flexi, three-room, four-room and five-room flats on offer. The project, UrbanVille @ Woodlands, sits in a prime location, just five minutes’ walking distance from Woodlands MRT station.

In Choa Chua Kang, some 571 two-room flexi, three-room and four-room flats are on offer in Keat Hong Verge. It has the lowest price tag in this launch with four-room flats starting from $253,000 and is expected to be ready by the first quarter of 2023.

Applications for the flats close on Aug 18. The flats will be allocated through balloting.

In November, the HDB will offer about 5,700 flats in Bishan, Sembawang, Tampines, Tengah and Toa Payoh.

Another 3,500 flats in Bukit Batok, Tengah, Kallang/Whampoa and Toa Payoh (Bidadari) will be launched in February next year.

GCB market may be entering consolidation phase after stellar run-up