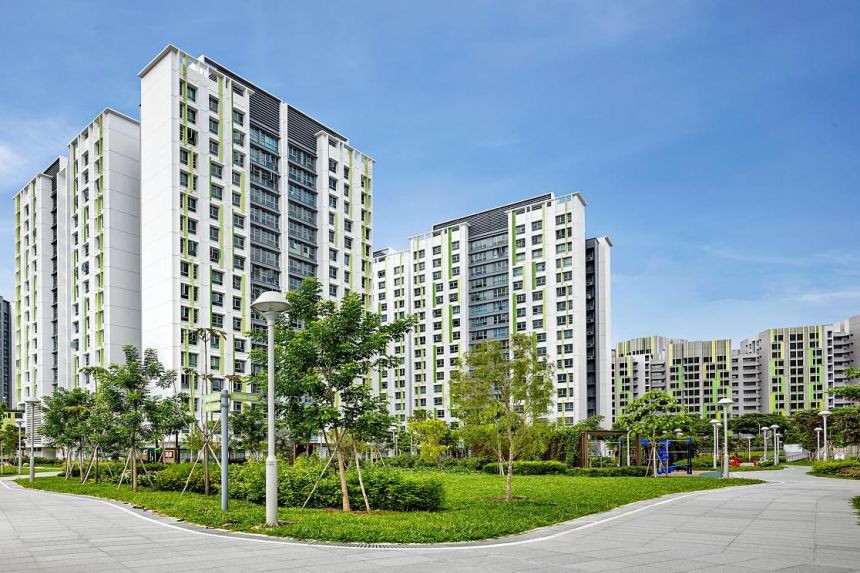 More than 2,000 Build-To-Order (BTO) Housing Board flats in Singapore’s newest large estate, Bidadari, have been completed, with families progressively moving into their new homes.

These flats are spread across three projects – Alkaff Vista, Alkaff LakeView and Alkaff CourtView – which were launched for sale by the HDB in 2015.

More than 70 per cent of residents have moved into their new homes in Alkaff Vista and Alkaff LakeView, said the HDB in an update yesterday.

About 50 per cent of residents have done the same at Alkaff CourtView, where works on community spaces are still in progress.

All 12 public housing developments in Bidadari have been rolled out, with the final three projects – Bartley GreenRise, ParkEdge @ Bidadari and Alkaff Breeze – launched in this month’s BTO sales exercise.

Bartley GreenRise will be the last BTO site to be ready, and is estimated to be completed in the second quarter of 2025.

The BTO flats in the 93ha Bidadari estate have been highly sought after by home seekers.

The five-room flats typically drew more applicants than there were available units.

This is despite Bidadari’s past as a grave site, with some drawing similarities between the estate and the mature town of Bishan, which was also once a cemetery.

Most of the units in Alkaff LakeView and Alkaff CourtView have been designed with structural columns tucked to the edges to allow residents greater flexibility in configuring their home layouts.

Bidadari’s connectivity is also a major draw. It is served by three MRT stations – Woodleigh, Potong Pasir and Bartley – and will house the first underground air-conditioned bus interchange, next to Woodleigh MRT station.

Most units are located within 400m of an MRT station.

Residents will also be served by an extensive cycling and pedestrian network that runs within the estate.

Announced in 2013, Bidadari estate was envisioned by the HDB as a “tranquil urban oasis” with a garden-like setting and is split into four distinctive districts – Alkaff, Bartley Heights, Park Edge and Woodleigh.

It will have the upcoming Bidadari Park as a centrepiece.

The 10ha park, which sits snugly among HDB blocks, will have a lake, a heritage walk, open lawns as well as experiential trails, and will be connected seamlessly through the estate.

Another distinctive feature of the estate is the Bidadari Greenway, a 1.6km “green spine” co-developed with the National Parks Board. It will feature rest spots, fitness corners and social communal facilities, along with pedestrian and cycling paths.

The southern stretch of the greenway is expected to be completed in the first half of this year.

Residents living in Alkaff Vista, Alkaff LakeView and Alkaff CourtView will have access to these amenities.

The three BTO projects boast other green spaces, such as landscaped rooftop gardens at all three of their multi-storey carparks, each with its own identity.

Finance executive Jeffrey Chong, 28, and his wife Heather Yew, 28, who is the principal at a childcare centre, said they have come to know their neighbours quite well.

The couple moved into their three-room BTO flat in Alkaff LakeView in September 2019.

Mr Chong said: “We have a group chat for our block (where) we update one another on different happenings in our estate and organise group buys to get better deals.”