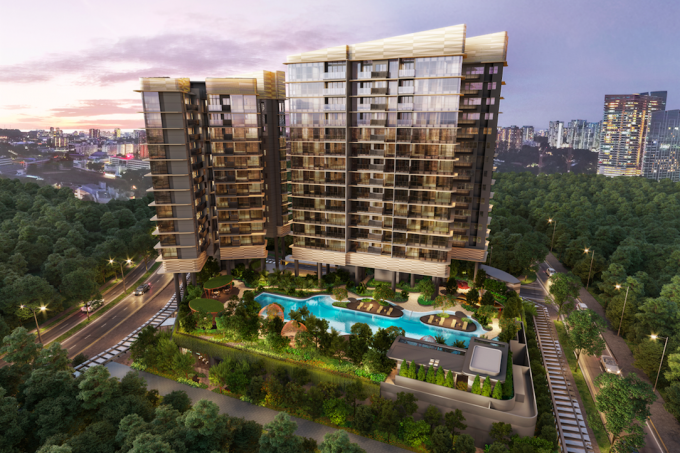 ONE-NORTH Eden in Buona Vista has reported that it is 85 per cent sold over the weekend – that is, 140 out of 165 apartments have been moved in a virtual launch as at Sunday 6pm.

Sales across all unit types were strong, with the selling price working out to about S$1,800 to S$2,250 per square foot (psf), noted TID, the developer, in a media statement on Sunday. TID is a joint venture between Hong Leong Holdings and Mitsui Fudosan, a Japanese real estate developer.

Unit sizes range from 517 square feet (sq ft) for a one-bedroom with study to 1,410 sq ft for the largest four-bedroom premium unit.

One-bedroom plus study and two-bedroom units proved the most popular, and were quickly sold out at 10am on the first day of launch.

Foreigners and permanent residents made up about 20 per cent of the buyers, while the rest were purchased by Singaporeans.

TID’s managing director Yoichi Kaga said feedback has shown buyers like the functionality of the units as most of them accommodated extra space for a study room, one of the project’s selling points. “The study rooms are considered a welcoming and relevant addition in today’s hybrid work model,” he added.

One-North Eden units are equipped with smart home technology, while a facial recognition system is installed at the lobby at the basement as well as on the first and second storeys.

Residents can also enjoy safe access via a digital lockset at the doorstep of their units, book facilities easily via an app and collect online shopping with ease from the Smart Parcel Station.

The changing profile of the Good Class Bungalow market