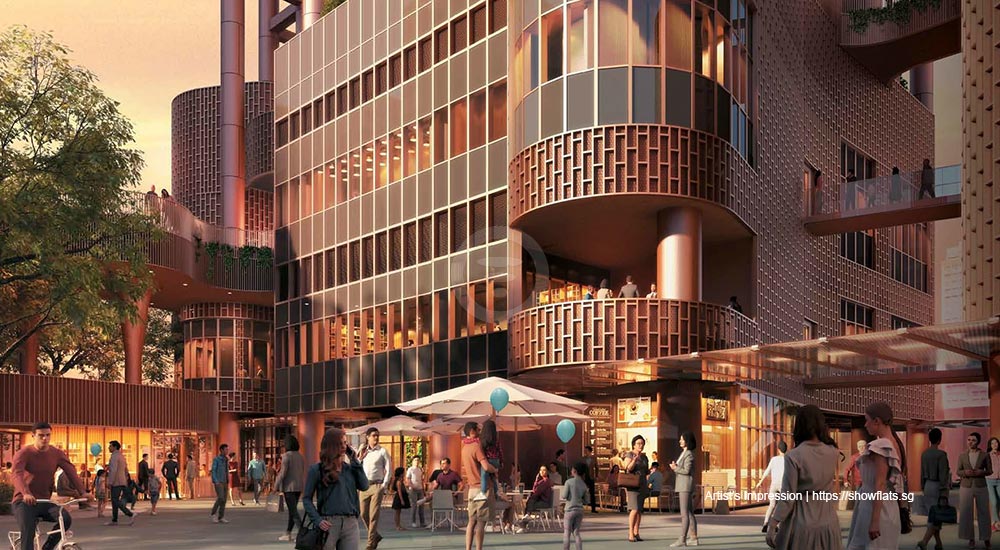 One Bernam dwells in the hive of Singapore’s finest cultural and historical offerings. It is after all located in Tanjong Pagar, the first enclave in Singapore to be placed under the government’s conservation plan. Restored and preserved, many of its traditional shophouses stand as architectural witnesses to the site’s vibrancy, then as a fishing village and now a thriving business and commercial centre.

Everything in One Bernam is for a reason – you. Step in and you’ll discover underfoot an extremely pedestrian-friendly district with quirky shops, cafes and drinking holes offering an electrifying after-work atmosphere alongside countless high-rise buildings.

In & around One Bernam

China Jingye Engineering Corporation Limited (Singapore Branch) is a registered contractor with the Building and Construction Authority of Singapore (BCA) and the only State-owned enterprise in Singapore to obtain the highest A1 grade in both General Building (CW01) and Civil Engineering (CW02) categories.

The company is influential in Singapore with excellent performance in both public and private construction sectors. The company is the main contractor for Singapore’s iconic landmark projects – Universal Studios Singapore and Maritime Experiential Museum, Resorts World, Sentosa.

China Jingye Construction Engineering (Singapore) Private Limited has extensive experience in private civil engineering sector. As the general main contractor for MCC Land, it is responsible for most of its property development projects. The company has been part of MCC Singapore since its inception in 1996. It has accumulated comprehensive engineering performance and experiences in turnkey, specialised contracting, supply and subcontracting works.

Architects for One Bernam

DP Architects practices as a multidisciplinary design group, One Global Studio, with 900 staff, 16 strategically linked international offices from Shanghai to London, 8 associated specialist companies, with a reach of 77 countries around the world.

As the practice of architecture becomes broader and more encompassing, DP recognises the potential of specialisation in our pursuit of a holistic design solution. DP provides a suite of integrated design services through our specialist consultancies.

Our design work benefits from the close collaboration and synergy among the various disciplines to strengthen our delivery of fully coordinated, context-appropriate and innovative design solutions. Our headquarters in Singapore houses the specialist companies and 10 typology research teams that perform as a consolidated resource for our designers around the world. With diversified talents and extensive specialist knowledge, our interdisciplinary approach is driven by a common design belief and methodology.

Founded in 1967 on a deep concern for the built environment and the need to create architecture of excellence that enriches the human experience and spirit, DP continues to play a role in shaping cityscapes in Singapore, Asia, the Middle East and beyond. Driven by a strong philosophy devoted to human activity and civic quality of the city, our designers approach each project as the continuation of an ongoing exploration in shaping the public domain.

In our pursuit to improve the lives of people in cities, DP explores design techniques that inject new vitality into the city’s fabric. Our projects serve as regional focal points, hubs of human activity and social space.

SINGAPORE (EDGEPROP) – The Government Land Sales (GLS) site on Bernam Street attracted four bids at the close of the tender on September 5. The top bid of $440.9 million came from Chinese developer Hao Yuan Investments, and translates to a land cost of $1,463 psf per plot ratio (psf ppr). Desmond Sim, CBRE head of research for Southeast Asia says the top bid is “not surprising” as the developer’s last residential project is the 736-unit Queens Peak, with the 99-year, leasehold site purchased in a GLS tender in June 2015.
The second highest bid came from Hongkong Land and MCL Land, with Far East Organization in third place followed by Chinese developer CSC Land and partners, notes Sim.
Based on the bid price of $1,463 psf ppr submitted by Hao Yuan, Christine Li, Cushman & Wakefield (C&W) head of research for Singapore and Southeast Asia, estimates the breakeven price for the new project to be about $2,100 psf, with selling price of around $2,430 psf, assuming a 15% profit margin.
“Developers could have taken note of the encouraging sales at the nearby Sky Everton,” says Li. The 262-unit, freehold project saw 160 units sold within a month of its launch in June this year. Based on caveats lodged to date, the average transacted price achieved at Sky Everton was around $2,541 psf, she adds.
Nearby 99-year leasehold private residential properties in the Tanjong Pagar area that could have been used as references by bidders include Skysuites @ Anson and Altez, where median transacted prices from January to August 2019, were $2,066 psf and $2,247 psf respectively, notes Nicholas Mak, ERA Realty head of research & consultancy.
The most recent launch of a 99-year leasehold condo in the vicinity was One Pearl Bank in the neighbourhood of Outram MRT station by CapitaLand. The median transacted price was $2,359 psf, estimates ERA’s Mak.
With a maximum gross floor area (GFA) of 301,403 sq ft, Ong Teck Hui, JLL senior director of research & consultancy, estimates the new project on Bernam Street could yield some 325 residential units with commercial space on the first storey.
“The site is within the area under the CBD Incentive Scheme, so more mixed commercial residential redevelopments arising from the scheme would increase the supply of residential units in the vicinity, posing greater competition,” notes Ong.
Competition could come from the neighbouring Realty Centre, a freehold office site, which was sold en bloc for $148 million in April this year, says C&W’s Li. Assuming the site is eventually redeveloped into a new commercial and residential project, under the CBD Incentive Scheme, it would enjoy a bonus 25% increase in plot ratio and could potentially yield around 60 units (assuming 60% is for residential use and an average unit size of 70 sqm), she estimates. This translates into a land cost of around $1,922 psf ppr, before any development charges, she adds.
However, the Bernam Street site enjoys good locational attributes, given its proximity to two MRT stations – Tanjong Pagar MRT station and the upcoming Prince Edward MRT station – as well as its location within the CBD, notes Li.
Source: EdgeProp

Developers, en-bloc hopefuls will need to meet in the middle in the wake of cooling measures