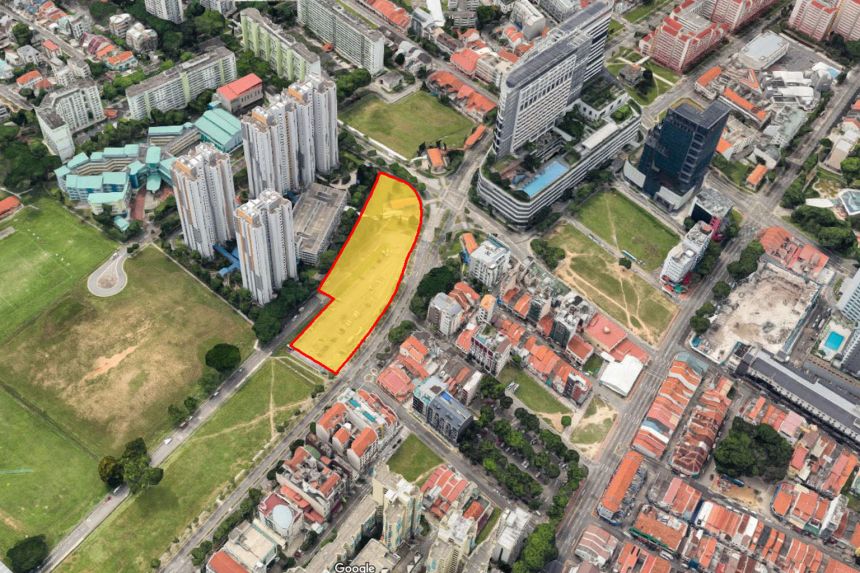 The first residential government land sales (GLS) tender for this year – a plum site in the Farrer Park area – closed yesterday evening after attracting 10 bids and a robust bid price that showed developers’ hunger for land.

The 99-year leasehold land parcel in Northumberland Road near Little India – offered for sale by the Urban Redevelopment Authority under the GLS programme for the second half of last year – is the second GLS tender to close since the pandemic began.

The top bid of $1,129 per sq ft per plot ratio (psf ppr) is at the upper end of analysts’ estimates.

It is also higher than that of another GLS site in Perumal Road, where Uptown @ Farrer is being developed, which was awarded at $1,001 psf ppr in 2017.

CDL group chief executive Sherman Kwek said: ”We are elated to be the top bidder and honoured to have our first collaboration with MCL Land.”

He added that the acquisition ensures that CDL maintains a healthy inventory level in Singapore.

A decision on the award of the tender will be made after the bids have been evaluated.

The site can be developed into a mixed-use project comprising 408 residential apartments of up to 23 storeys and commercial retail space – including an infant care and childcare centre – on the ground floor.

He added that this tender could set the tone for two other residential GLS tenders closing on May 25 – in Ang Mo Kio Avenue 1 and the Tengah Garden Walk executive condominium site.

”The URA non-landed property price index has increased 17.4 per cent from first quarter 2017 till first quarter 2021, much more than the increase in land price. This shows that developers are mindful of the potential risk of new cooling measures affecting demand,” he said.

He noted that the volume of uncompleted unsold stock, at 21,602 units, is ”getting dangerously low”.

New private home sales down nearly 24% in August on the back of tighter restrictions, fewer launches