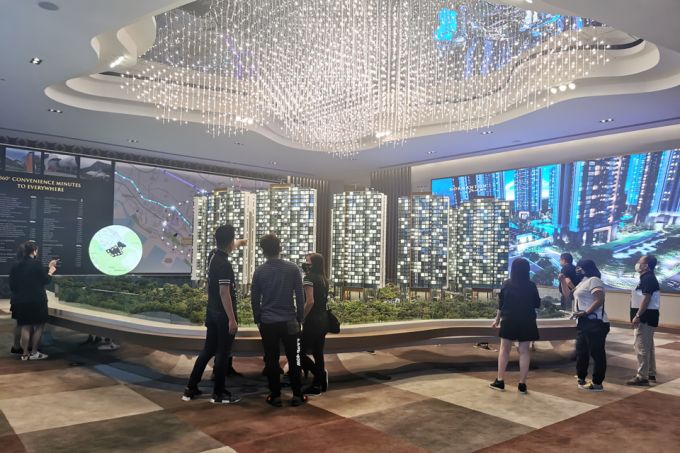 ABOUT a third of the residential units offered at Normanton Park were sold at an average price of S$1,750 per square foot on the first day of sales, developer Kingsford Huray Development said on Sunday afternoon.

Of the 600 residential units sold, 80 per cent are one- and two-bedroom units, it said in a press statement. Three commercial units were also taken up.

The development, which is expected to obtain Temporary Occupation Permit (TOP) in 2023, consists of 1,840 apartment units, 22 two-storey strata terraces and eight commercial units.

Most of the homebuyers are Singapore citizens and permanent residents who are either “owner-occupiers or property investors”, Kingsford added.

Normanton Park is likely the last mega project to be launched for a while. Its show gallery saw a heavy turnout of some 12,000 visitors during its 13-day preview this month, despite the heavy rain over the first two weekends.

Kingsford was slapped with a no-sale licence for nearly two years for the project for failing to meet the requirements for a sale licence.

This was lifted on Nov 30, according to the Urban Redevelopment Authority’s website, after which a sales licence was issued.