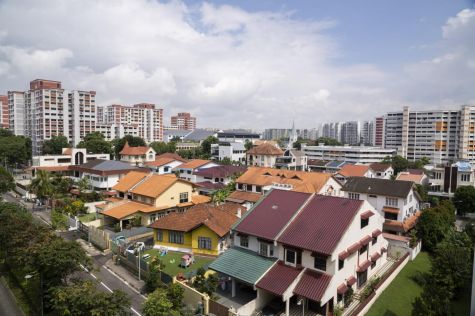 AFTER a banner year in 2021, sales of new private homes are expected to moderate in 2022 on the back of the latest property cooling measures and a limited pipeline of launches.

Genuine home buyers – such as first-time buyers – who are the least impacted by the fresh raft of curbs are seen driving the market next year, while foreign buyers and investors may take a step back due to the higher additional buyer’s stamp duty (ABSD). Rather than decline, private home prices are expected to appreciate at a more gradual pace vis-a-vis 2021, analysts say.

OrangeTee & Tie’s senior vice-president (research & analytics) Christine Sun said: “In the next few months, property curbs will probably be the biggest challenge facing the market since some buyers may hold back their purchases temporarily.”

Other downside risks include interest rate hikes, which the US Federal Reserve has signalled could come as early as March amid stubbornly high inflation.

But it’s not all doom and gloom for the market. A gradual easing of border restrictions will help consumer-facing sectors to bounce back, as well as quell the labour crunch, Sun said.

As buyers digest the latest cooling measures, “volumes could ease in the next 1 to 2 quarters before recovering subsequently”, said Huttons’ senior director (research) Lee Sze Teck, adding that investors are drawn to Singapore for its political stability, while first-time buyers should still make up the lion’s share of demand.

In the meantime, HDB upgraders and buyers who have a pressing need to purchase a home will turn to the resale market owing to pandemic-linked delays in the construction sector. Resale volumes could nearly double year-on-year to about 20,000 units in 2021, Huttons estimates.

Looking ahead, the cooling measures won’t impact all segments of the market equally, highlighted Ismail Gafoor, chief executive of PropNex, who expects the fallout to be felt more acutely in the Core Central Region (CCR).

“The Rest of Central Region (RCR) and Outside Central Region (RCR) should remain fairly resilient as the sales momentum is mainly supported by demand from genuine home buyers, such as first-timers and HDB upgraders,” he said, adding that supply is tighter in these 2 sub-markets while the price point is more affordable.

In the first 11 months of 2021, Singaporeans accounted for over 83 per cent of new homes bought.

“Demand for high-end homes in the CCR from foreigners and investors may take a backseat in 2022 due to the revisions in ABSD rates,” Gafoor went on to say.

He reckons some developers marketing CCR projects could cut prices in 2022, given the triple whammy of cooling measures, softer demand from foreign buyers and plentiful unsold supply in the CCR.

Still, Edmund Tie’s head of research & consulting Lam Chern Woon suggests that even as the heftier ABSD rate could slow the recovery in foreign-buyer demand, Singapore will retain its status as a safe haven.

As Singapore started to relax travel restrictions in the fourth quarter of 2021, preliminary data pulled from the Urban Redevelopment Authority (URA) by CBRE revealed that the percentage of transactions by foreigners had already climbed to 6 per cent in Q4 2021. This was up from 3.2-4.4 per cent between the second quarter of 2020 and the third quarter of 2021, and was on track to meet pre-pandemic levels before the cooling measures hit.

Savills’ executive director (research) Alan Cheong also expects demand in 2022 to be largely underpinned by domestic buyers – a scenario which could well be the case for the next 5 to 10 years.

Cheong said: “The sequestered savings of the baby boomers and those born around the time of Singapore’s independence, plus the high starting salaries of millennials in in-demand professions, will be enough to sustain annual demand at 2020 to 2021 levels.”

Meanwhile, the tapering in the number of new launches should deliver the “needed support on the supply side” to keep prices above 2021 levels, Cheong added.

The RCR – which saw the most supply injected this year – was the star performer in 2021, accounting for some 42 per cent of all new homes sold in the first 11 months of the year. The OCR wasn’t far behind at around 39 per cent.

“With price growth of nearly 9 per cent in the RCR, this market segment has outperformed,” noted Lam. For instance, CanningHill Piers (at the former Liang Court site) had sold 576 of its 696 units at a median price of S$2,887 per square foot (psf), at end-Nov.

Integrated developments, in particular, had buyers eagerly whipping out their cheque books. A case in point was the headline-grabbing Pasir Ris 8 in the suburbs, which had sold about 88 per cent of its 487 units at a median price of S$1,627 psf, at end-Nov.

As unsold inventory continues to dry up, Huttons’ Lee expects the number of unsold units in the market to fall to about 15,000 units – below the the 16,929 units at the prior trough in Q2 2017.

Fervent demand for projects in the city fringe and the suburbs already had unsold inventory shrinking to 17,140 units at end-Q3 2021. Gafoor said: “In particular, the OCR has only 4,382 unsold units, while the RCR has 5,878 units. This supply will likely be cleared within the next 12 months, if demand remains as robust.”

This year, private residential prices had climbed 5.2 per cent by end-Q3, and PropNex puts the full-year figure at 6 to 7 per cent. However, the cooling measures will see price increases moderating to 3 to 5 per cent in 2022, Gafoor projects.

CBRE is also forecasting a 6 to 7 per cent rise this year, but an easing in price growth to 1 to 3 per cent for 2022. Prices are unlikely to decline, said CBRE’s head of research (South-east Asia) Tricia Song, citing factors such as low levels of unsold inventory, a limited pipeline of launches in 2022 and 2023 as well as low interest rates for at least the first half of 2022.

It was the secondary market that felt the heat, with transactions slumping 46 per cent year-on-year to 9,098 units in the year after the July 2018 curbs.

Meanwhile, Savills expects that the URA’s Private Property Price Index will maintain a 7 per cent increase in 2022.

Four shophouses in districts 1 and 2 put on the market