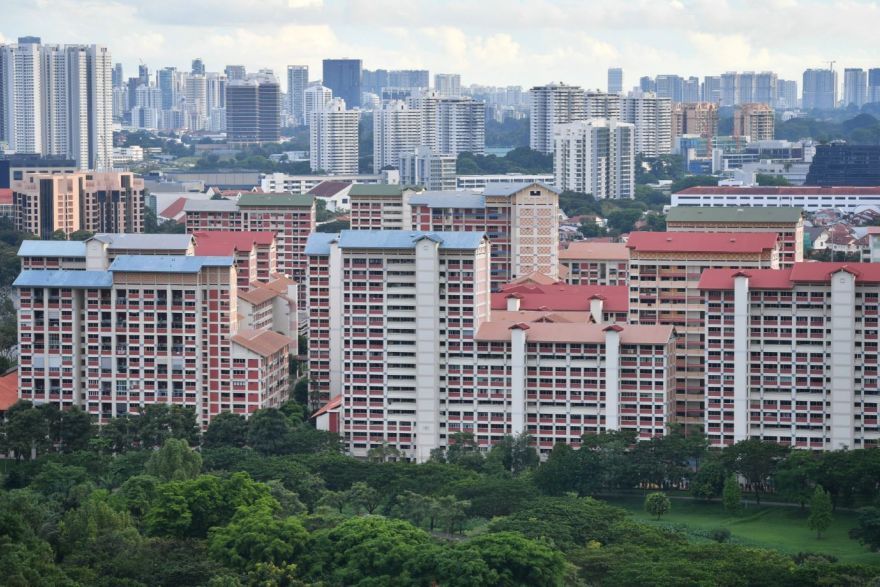 A total of 3,879 Build-To-Order (BTO) flats across four projects in four estates, including 175 flats in Bukit Merah, were launched for sale yesterday, although buyers may have to wait more than five years for some of them to be completed, because of the foreign construction worker supply crunch.

Another 2,494 flats not sold in previous launches are also on offer, bringing the total to 6,373 new flats for sale.

The smallest BTO project and also the most expensive is Telok Blangah Beacon in the mature estate of Bukit Merah, where three-room flats start from $419,000 and four-roomers start from $602,000, without grants.

The last BTO project launched in Bukit Merah was the 1,480-unit Telok Blangah ParcView in 2013.

The new site in Telok Blangah Drive is next to Telok Blangah Food Centre and within walking distance of Telok Blangah MRT station. The project is estimated to be completed in the first quarter of 2027 – the longest wait in this launch.

Before the Covid-19 pandemic, the waiting time for a standard BTO flat was about three to four years.

Yesterday’s launch also included 1,382 two-room flexi, three-room and four-room flats at MacPherson Weave in Geylang. The site is next to MacPherson MRT station, which is served by the Circle and Downtown lines.

In Woodlands, 1,540 two-room flexi, three-room, four-room and five-room flats are on offer at Woodgrove Ascent, at a site in Woodlands Avenue 1.

It will be the tallest development in the vicinity, with seven blocks ranging from 15 to 25 storeys. Starting prices for the different types of flats range from $98,000 to $372,000, making them the most affordable in this sales exercise.

These flats are expected to be completed in the third quarter of 2025.

Tengah, Singapore’s newest town, has 782 two-room flexi, four-room and five-room flats at Garden Bloom @ Tengah, located in the town’s Garden district and to be served by an upcoming MRT station on the Jurong Region Line.

The 2,494 flats offered under the Sale of Balance Flats scheme are spread across mature and non-mature estates such as Jurong East, Yishun, Marine Parade, Queenstown and Clementi.

About 28 per cent of them have been completed, and they are expected to attract buyers who prefer not to wait very long to move in.

Applications close on the Housing Board flat portal at 11.59pm next Monday. The flats will be allocated through balloting.

In August, the HDB will launch about 4,900 flats in Queenstown, Kallang/Whampoa, Tampines, Jurong East and Hougang. In November, another 3,100 to 3,600 flats will be offered in Choa Chu Kang, Hougang, Jurong West, Kallang/Whampoa and Tengah.

Analysts said the projects in Bukit Merah and Geylang are likely to be the most popular in this round, possibly drawing more than 10 applicants for each flat.

ERA Realty’s head of research and consultancy Nicholas Mak said the Bukit Merah project, in particular, would be hotly contested as there is a limited supply of new flats in that area. “Residents living on the higher floors would be able to enjoy good views of the sea and Sentosa from their homes,” he said.

Church worker Nick Tay, 29, said he plans to apply for the Woodlands project with his fiancee. It will be their seventh try. “With the Covid-19 delay, I was expecting the completion date to be six or seven years (from now), so under four years is shorter than expected.”