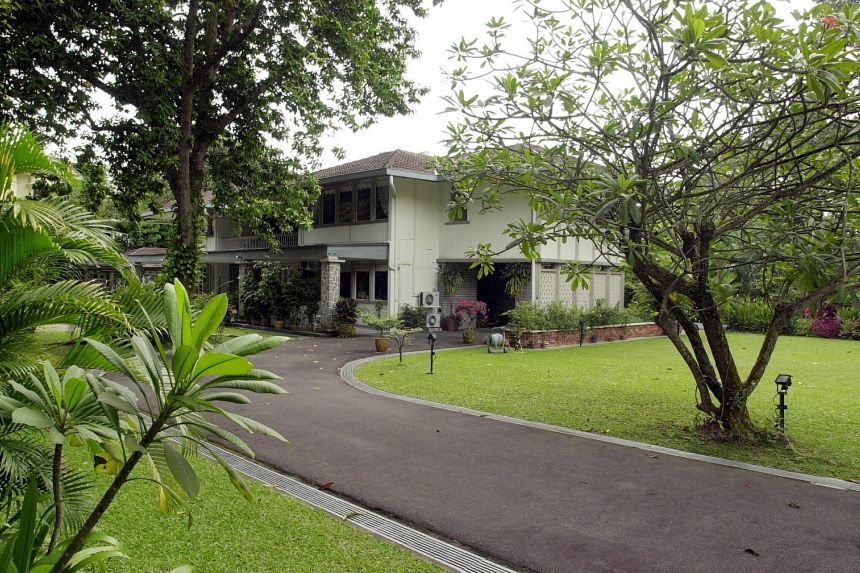 A Good Class Bungalow (GCB) in Nassim Road has been sold for $128.8 million to the wife of the founder of Nanofilm Technologies International – a local nanotechnology solutions company.

Property website EdgeProp reported on Tuesday that Ms Jin Xiao Qun had bought the 32,159 sq ft property – about the size of 33 four-room Housing Board flats. The price works out to roughly $4,005 per sq ft.

The seller is businesswoman Oei Siu Hoa – also known as Sukmawati Widjaja – who owns another GCB in the area.

“This transaction has set the tone for the premium Good Class Bungalow market, where we see high net worth individuals willing to fork out top dollar for prime real estate in Singapore,” said Mr Bruce Lye, co-founder and managing partner of SRI, a real estate agency that handles such sales.

He said there may be even higher-value transactions of such houses in time to come.

Ms Jin’s property is down the road from a GCB sold by Wing Tai Holdings chairman Cheng Wai Keung in 2019 for a record $230 million. The entire freehold land area of that property was 84,543 sq ft.

According to a report by ERA Singapore last August, there were only about 2,800 GCBs here, making up just 3.8 per cent of all completed landed houses.

Good Class Bungalows must have a minimum land area of about 15,000 sq ft, and cannot be taller than two storeys. Sufficient green buffer must also be maintained between a GCB and its neighbours in order to preserve the exclusivity of the neighbourhood.

A report by global property consultancy Knight Frank last October said that demand for GCBs was “particularly resilient”, with a string of deals totalling some $128.3 million in the third quarter despite the coronavirus pandemic.

Mr Nicholas Mak, head of research and consultancy at ERA, said such bungalows are the most expensive type of residential real estate in Singapore. They are found in 39 designated locations, usually within the prime residential districts.

“They are the creme de la creme of Singapore housing,” said Mr Mak, adding that these days, each GCB is usually sold for more than $20 million.

Those sold for more than $50 million each are rare, making up less than 3 per cent of total GCB transactions.

He added that it is difficult to say if the high price the Nassim Road property fetched is “fair value”.

“It’s like the sale of an old Master Painting – a Rembrandt or a Vermeer. A Good Class Bungalow for sale in the Nassim Road area comes once in a blue moon, as Nassim Road is one of the most prestigious addresses. The type of people who own a $100 million Good Class Bungalow are the kind who might own private jets… they live in a different world.”

He was then an associate professor at Nanyang Technological University, and Nanofilm was a tech start-up spun off from the university.

Since then, the couple have become billionaires with the company’s listing last October.