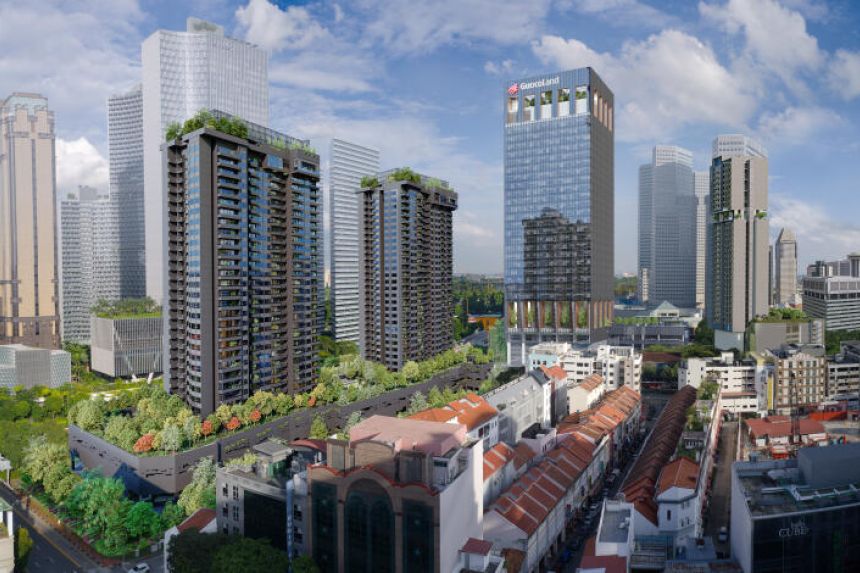 A total of 340 of the 558 units of condominium Midtown Modern in Bugis were snapped up on its launch weekend.

Around 90 per cent of all one- and two-bedroom units and nearly half of all three-bedroom units were sold, said developer GuocoLand in a statement on Monday (March 22).

GuocoLand said most of the buyers are Singaporeans, with a mix of owner-occupiers and investors.

Midtown Modern, in Tan Quee Lan Street, is the second condo in GuocoLand’s Guoco Midtown, a 3.2ha mixed-use mega development in Beach Road due to be completed in phases starting from 2022.

The development is a joint venture between GuocoLand, Hong Leong Holdings and Hong Realty (Private) and its sales gallery opened for preview on March 6.

She said: “In fact, a number of investor-buyers also gave feedback that they intend to move into Midtown Modern when they get older because the extensive range of amenities and direct connection to the Bugis MRT interchange station make their busy lifestyles easier. We are expecting larger families to come as they get better acquainted with the development.”

Expected to be completed by 2024, the development is connected to Bugis MRT interchange station, which is served by the East-West and Downtown lines.

Sales of distressed homes take off as demand and prices converge

GCB at Binjai Park up for sale at price tag of S$35.2m