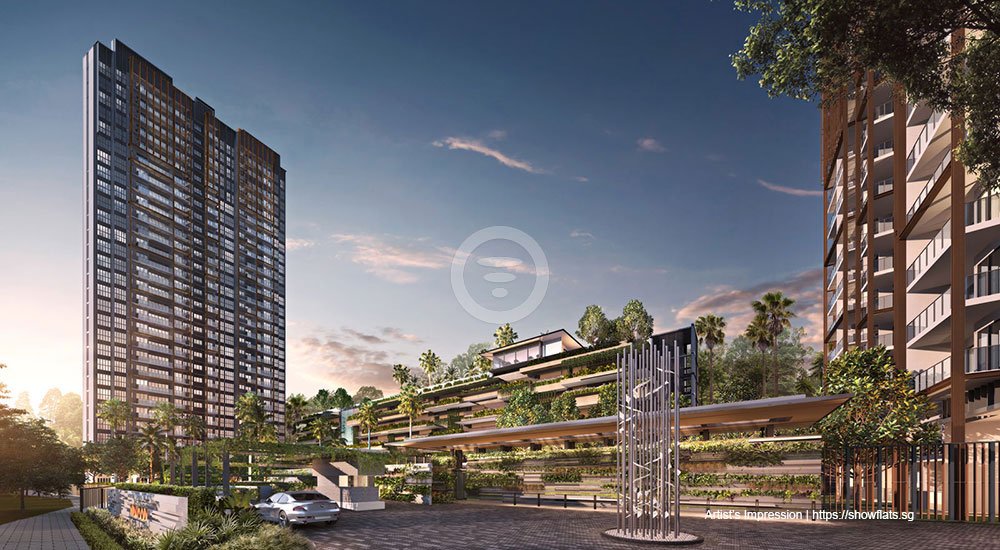 Midwood is the ideal starting point to explore just about anything you could want, including a variety of nature parks that imbue the district with organic charm.

A good selection of lifestyle indulgences can be found literally next door, at HillV2 Mall, or across the street, at the Hillview Community Club.

You’re also at the heart of the road and public transport networks, with the Hillview MRT Station close to home, and the BKE and PIE within minutes by car.

Hong Leong Holdings Limited (HLHL) was established in 1968 as the privately-held property development and investment arm of the Hong Leong Group. As one of the pioneers of the real estate scene in Singapore, HLHL has since emerged as a major player in the property market, making it one of the most sought-after providers of a comfortable home. To date, it manages 8 commercial projects and has developed close to 100 residential properties, including a range of mid to
high-end residential projects in some of the country’s most coveted neighbourhoods.

Looking forward, HLHL continues to seek improvement and expansion in its business while maintaining its distinct level in design, sustainability and customer service.

The Hong Leong Group is one of Singapore’s largest local private sector conglomerates engaged in a wide range of businesses in the Asia-Pacific, Europe and North America. The Group’s five core businesses are property investment and development, hotel ownership and management, financial services, trade & industry and e-Business.

The Hong Leong Group has a proud record of continuity and stability since its founding in Singapore by Kwek Hong Png in 1941. Today the second generation of Kweks is at the helm, headed by Kwek Leng Beng. It’s a team of star strikers with its sights firmly set on defined goals. To achieve its new vision the Group is now armed with the tools of today’s Information Technology age and a forward-looking, international mindset, in tune with the new millennium.

DP Architects
DP Architects practices as a multidisciplinary design group, One Global Studio, with 1,200 staff, 16 strategically linked international offices from Shanghai to London, 8 associated specialist companies, with a reach of 77 countries around the world.

As the practice of architecture becomes broader and more encompassing, DP recognises the potential of specialisation in our pursuit of a holistic design solution. DP provides a suite of integrated design services through our specialist consultancies.

Since its inception in 1967, DP has designed many of the country’s most important public projects and notable landmarks. Each of these has played a critical role in shaping Singapore’s civic urban landscape and downtown core, by linking spaces of the city in the formation of a continuous urban fabric.

These sites serve as social and cultural anchors for Singapore and as public nodes of human density that have contributed greatly to the city’s success. DP has also been involved with urban projects of immense scale and increasing diversity of function; some of the firm’s works are the largest of their type in the world.