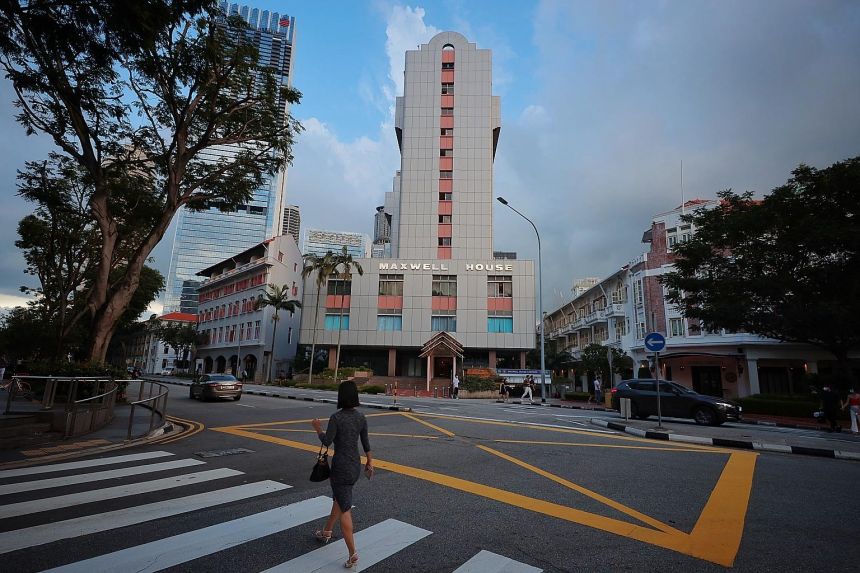 The 52-year-old Maxwell House has made it second-time lucky with its collective sale bid. It went for $276.8 million, trumping its $268 million asking price.

The commercially-zoned building at 20 Maxwell Road went on the market at a reserve price of $295 million last September but that was lowered in April.

The tender was awarded yesterday to a joint venture between subsidiaries of Singapore-listed developers Chip Eng Seng Corp and SingHaiyi Group, as well as Hong Kong-listed Chuan Holdings.

The sale of the 13-storey building is subject to approval of the Strata Titles Board and other conditions.

The building, which sits on a trapezoidal island plot spanning 41,799 sq ft, comprises 145 strata units and has a plot ratio of 4.3. It is near the dining and entertainment precinct of Tras Street, Duxton Hill and Keong Saik Road.

The joint tenderers – CEL Development, SingHaiyi Investments and Chuan Investments – will seek Singapore Land Authority approval to issue a fresh 99-year lease for the building, whose tenure began in June 1969.

CEL Development, the holding group for Chip Eng Seng’s property development division, has the biggest stake in the joint venture at 40 per cent.

SingHaiyi Investments and Chuan Investments have 30 per cent each. Chip Eng Seng and SingHaiyi told the Singapore Exchange yesterday that they are seeking Urban Redevelopment Authority (URA) approval to redevelop the site into a commercial and residential mixed-use development.

Ms Christina Sim, director of capital markets at marketing agent Cushman & Wakefield, said: “Interest in the site was robust as this was an opportunity to develop a mixed residential-cum-commercial building in the vibrant fringe of Chinatown and Tanjong Pagar.

The additional uplift in the plot ratio from 4.3 to 5.6 in an outline advice given by the URA last year has “enhanced the site’s attractiveness as the URA embarks on a rejuvenation plan for certain precincts in the central business district”, she added.

Cushman & Wakefield described the sale as the “largest commercial en-bloc by value” sold so far this year.

Chip Eng Seng said it is mindful of “further market uncertainty and volatility” due to the prolonged impact of the pandemic, so it would be “prudent to manage its financial and execution risks by partnering the other joint tenderers to redevelop the property”.

SingHaiyi’s projects here include a Grade A commercial building at 9 Penang Road and residential projects such as Parc Clematis, City Suites and The Vales EC.