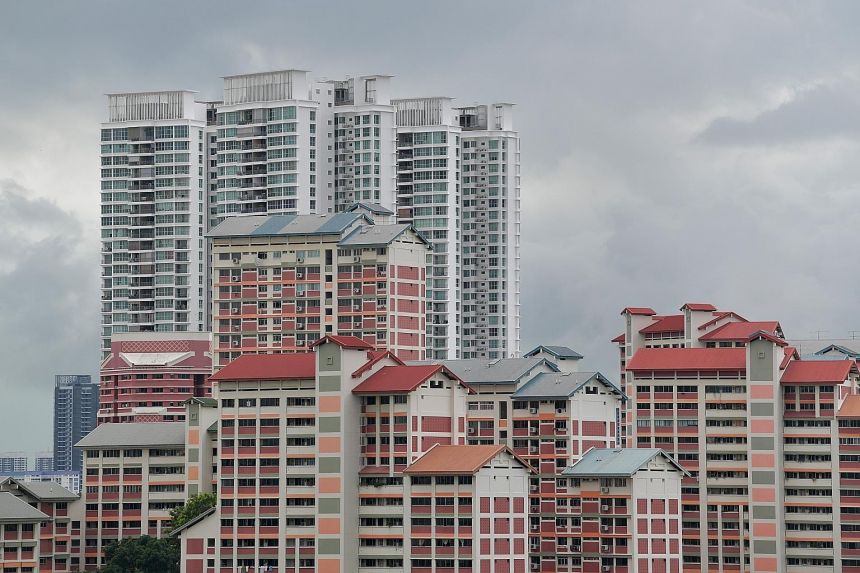 For many Singaporeans, successfully balloting for a Build-To-Order (BTO) flat in a centrally located mature housing estate is akin to striking the lottery.

Competition is stiff in the hotly sought-after estates of Toa Payoh and Geylang, especially for bigger flats.

But in the last five years, there has not been a single five-room BTO flat launched outside of the Bidadari estate, which is part of Toa Payoh town.

The flats are spread out in Bidadari across three BTO projects: Alkaff Vista, Alkaff Oasis and Woodleigh Hillside.

In Bishan, Geylang, Kallang/ Whampoa and other parts of Toa Payoh, four-room flats have been the biggest flat type available in recent BTO projects.

It also includes the Southern Islands and a central area consisting of, among others, the Central Business District (CBD) and Orchard.

In response to queries from The Sunday Times about the limited supply of five-room BTO flats in the last five years, HDB said: “Land for new housing in these areas is limited. Hence, more four-room and smaller BTO flats are provided to allow more families to live closer to the city.”

In the BTO sales exercise last month, only projects in mature towns outside of the central region offered five-room flats. These are in Tampines and Pasir Ris in the east and Ang Mo Kio in the north-east.

The next Bishan site in the upcoming November BTO launch will not have any five-room flats either.

Only the Toa Payoh (Bidadari) site will offer five-room flats, along with three-room and four-room flats, for a total of 1,230 units.

Analysts interviewed said decreasing family size may play a role, with bigger families pushed out of the central area.

“With the limited supply, larger families may either have to pay higher prices for resale flats in the city areas or move farther away to new or mature estates, where more five-room BTO flats are available.”

NUS Associate Professor of Sociology Tan Ern Ser said the social characteristics of four-room and five-room flat buyers may not be “significantly different”.

“It does mean that those who could afford the larger-size flats would be somewhat at a disadvantage, given that mature towns and residential housing nearer to the CBD are seen as more desirable location-wise,” he said.

But analysts said it may take time to shift the Singaporean mindset of wanting to live in a central area.

Dr Sing said: “The pandemic may have caused some disruption to work-home commuting arrangements… but housing is a laggard in demand and will take years for the transformation to take shape. By then, the work-life-play location boundary will be blurred.”

Sites for homes in Tengah, Ang Mo Kio up for sale