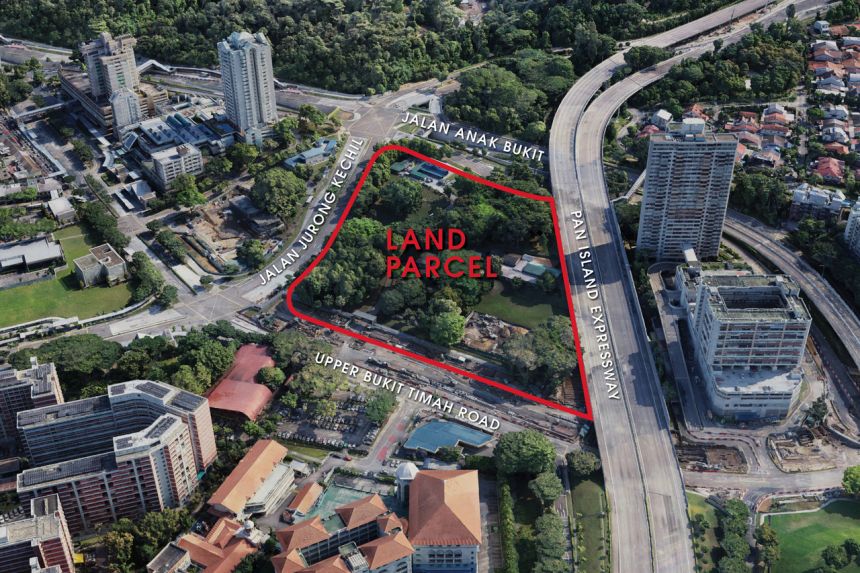 A state tender for the 99-year leasehold commercial and residential site at Jalan Anak Bukit attracted five bids when it closed on Tuesday (June 29), though three of them were joint bids by the same duo.

Under the dual-envelope concept and price revenue tender for the plot, the Urban Redevelopment Authority released just the names of the bidders but not their bid prices.

The other two bids submitted were from Allgreen Properties in partnership with Kerry Properties and Kerry Holdings; as well as Wing Tai Holdings which teamed up with Mercatus Commercial Trust I.

The site has a dual-envelope tender system where bidders submit their concept proposals and tender prices in separate envelopes. Only concept proposals that are shortlisted go on to the second stage, which is based on the highest bid price.

“This site will be the centrepiece in the rejuvenation of the entire Beauty World area,” said Huttons Asia director of research Lee Sze Teck.

Launched for sale on June 30 last year, the site was on the confirmed list of the H1 2020 government land sales programme.

The tender’s closing date was then extended from March 30 this year to Tuesday due to a new requirement for a centralised cooling system to serve the future mixed-use integrated transport hub, The Business Times reported previously.

En bloc buzz is back; but some projects have cut asking prices