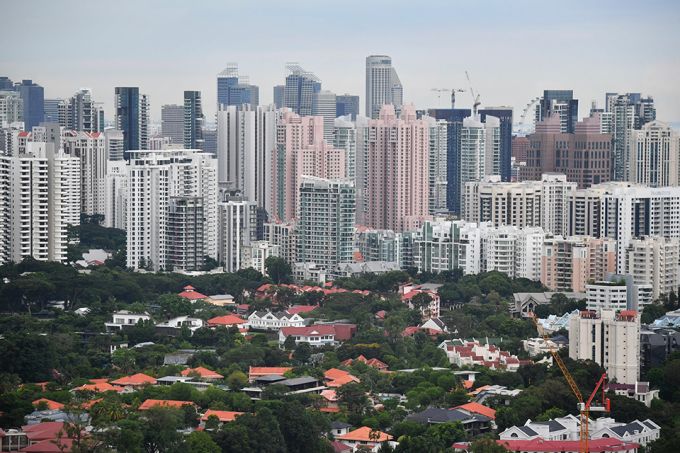 A round of property curbs kicked in on Thursday (Dec 16) to temper the exuberance in the private residential and Housing Board (HDB) resale markets. They include higher additional buyer’s stamp duty (ABSD) rates – up by 5 to 15 percentage points – for all individuals and entities except Singapore citizens and PRs buying their first residential property. The total debt servicing ratio threshold and the loan-to-value limits for HDB loans were also tightened.

Over the next few months, a decline in property investment demand is on the cards. This will be partly due to the increased ABSD rates for Singaporeans and PRs purchasing their second and subsequent residential properties, said Edmund Tie head of research and consulting, Lam Chern Woon.

“Given the higher upfront taxes, investors will have to factor in an increasingly longer investment time horizon in decision making,” Lam added.

Some property consultants were surprised by the 10 percentage-point jump in ABSD rates, to 30 per cent, for foreigners. Cushman & Wakefield research head Wong Xian Yang described it as “a bit too punitive”, given foreigners’ limited impact in the market. PropNex Realty chief executive Ismail Gafoor said the ABSD hike “appears to be too harsh, seeing as foreign buyers have not been very active in the market this year, owing to the travel restrictions”. Based on caveats lodged, foreigners accounted for only 4.5 per cent of non-landed new private home sales in 2021; the majority of the demand came from Singaporeans.

But Huttons Asia senior director (research) Lee Sze Teck highlighted that the revised ABSD rates are “aimed at slowing down the flow of hot money into the property market”. Purchases of landed and non-landed properties by foreigners and PRs spiked this year from 2020, and the jump in the number of companies buying private properties is also worrying, he said. This year, as at Dec 16, foreigners scooped up 1,080 units while PRs bought 4,384, surging from 745 and 2,832 respectively last year.

The hefty ABSD for foreigners could result in more downward pressure in the Core Central Region (CCR). PropNex head of research and content Wong Siew Ying said: “The 30 per cent ABSD could be a big stumbling block for many foreign buyers, especially for big-ticket purchases in the CCR.”

She also predicts that some developers of CCR projects may trim average prices by 5 to 8 per cent in 2022 due to the measures, ample unsold supply in the region, and slowing demand from foreigners.

OrangeTee & Tie senior vice-president of research and analytics Christine Sun reckons the mid to high-end segments will be more affected, as they have a bigger portion of investors and foreign buyers. “Mass-market housing has more first-time buyers, who will see a smaller impact,” Sun said.

The en bloc market, which has gathered pace in recent months, is likely to lose steam as well.

Developers, now subject to 35 per cent ABSD, are expected to be more cautious in bidding for land, which will weigh on land acquisition prices. “En bloc hopefuls have to temper their expectations to increase their chances of a successful collective sale,” Huttons’ Lee said.

PropNex pointed out that the impact on the collective sale market could be uneven, with mega developments and CCR sites facing more challenges. In the Outside Central Region, en bloc candidates will still find buyers – provided the unit owners are realistic with their pricing, the research team added.

Well-located smaller sites in prime districts could continue to see demand, too. Buyers of such plots tend to have “very high net worth” and hence may not be too affected by the higher ABSD, said Cushman & Wakefield’s Wong.

RHB analyst Vijay Natarajan wrote that the lively en bloc market as well as an anticipated jump in interest rates might have triggered the cooling measures. “After a quiet 2019 and 2020, en bloc sales roared back in H2 2021 with S$4 billion worth of deals completed in the year to date, and a string of projects in the pipeline.”

Strong en bloc activity tends to push home prices up. IREUS’ Dr Lee said: “As owners withdraw their listings in anticipation of a collective sale, supply in the open market diminishes, which generates a multiplier effect in demand and prices.”

Dr Lee expects the individual unit owners of large condo sites to bear the brunt of the new measures. “While developers face lower inventories, they will need time to recalibrate their assumptions and pricing. The focus will turn to government land sales,” he told BT.

The measures also kicked in just days ahead of the original launch dates of at least 2 new projects. Boldtek Holdings previously announced that bookings for its 34-unit freehold boutique residence Zyanya would commence Saturday (Dec 18). However, BT understands that Zyanya’s launch was rescheduled to Thursday (Dec 16), the day the latest policy changes took effect.

And on Sunday (Dec 19), CK Asset’s 230-unit freehold luxury condominium Perfect Ten is slated to go to the market. In view of the cooling measures, the developer is now offering a one-time, 5 per cent discount for the launch weekend.

Huttons’ Lee noted that project launches could be held back, and new sales may ease to between 400 and 600 units in December 2021.

Gafoor expects some developers to “take a breather and sit out the next 1 to 2 months”, possibly holding off launches till after Chinese New Year.

Overall, analysts flagged an impending softening of private home sales and HDB resales in the coming months, in part as buyers assess the impact on their planned purchases and affordability levels.