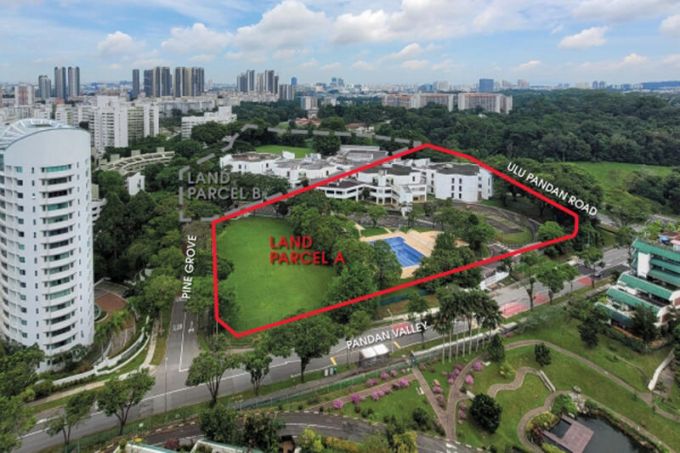 THE government is raising the supply of private homes from sites on its confirmed list for the next-half by about 40 per cent compared with the current half, against the backdrop of a buoyant property market over the past year and developers’ dwindling inventory of unsold homes.

However, some observers say this may not significantly increase land-buying oportunities for developers, due to a  paucity in the number of sites.

“Only 5 sites are available on the confirmed list of the H1 2022 programme, compared with 4 in H2 2021,” said JLL Singapore senior director of research and consultancy, Ong Teck Hui. Sites on the Government Land Sales (GLS) Programme’s confirmed list are launched for sale according to schedule, regardless of demand.

In similar vein, Savills Singapore’s executive director Alan Cheong said: “A lot of the bigger residential collective sales will be effectively killed off, with the newly increased 35 per cent ABSD (additional buyer’s stamp duty) that a developer will have to fork out on a residential land purchase, if it fails to finish developing and selling all units in the new project within the 5-year deadline. This means the threat of oversupply is reduced substantially.

“The 5 sites on the H1 2022 confirmed list are not enough to satisfy the hunger of residential developers that have made profits from projects on sites bought in the previous en bloc sale boom in 2017/2018 and seeking to redeploy their capital in their Singapore residential business.” 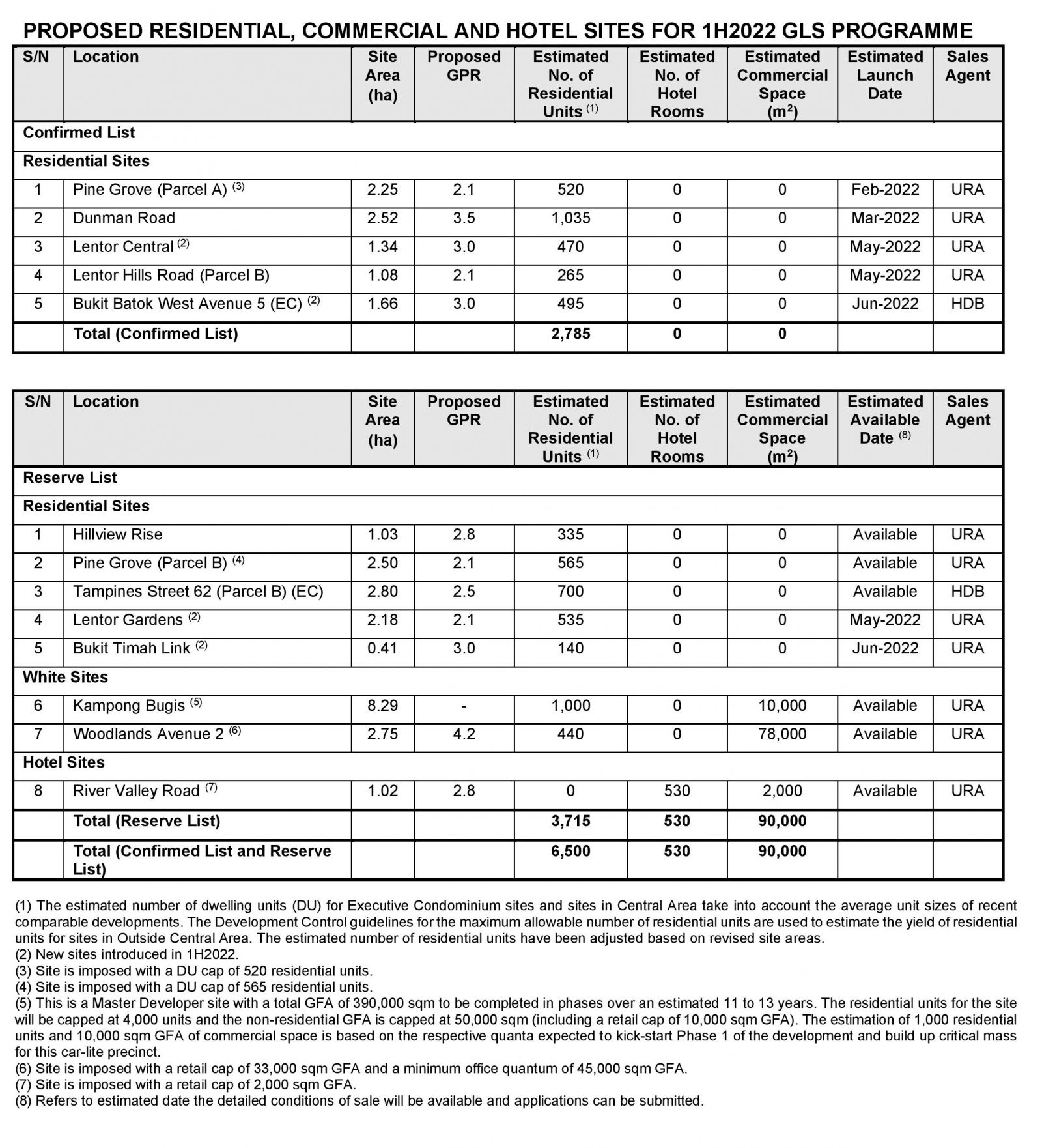 The Ministry of National Development (MND) on Thursday (Dec 16) said it will release 4 private housing plots and an executive condo (EC) site in the confirmed list of the H1 2022 GLS Programme which will yield 2,785 residential units (including 495 EC units).

However, MND is shrinking by 24 per cent the housing supply on the reserve list, where sites are launched only upon successful application by a developer or when there is sufficient market interest, to 3,715 units (including 700 EC units) in H1 2022.
So the combined supply from both confirmed and reserve lists will be 5 per cent lower, at 6,500 units, for the next-half.

Excluding ECs, some 2,290 private homes can be generated from the confirmed list sites for H1 2022, up 40.9 per cent from the 1,625 private homes from H2 2021. This is the biggest percentage increase since H2 2016, said Huttons Asia CEO, Mark Yip. In absolute terms, the 2,290-unit private housing supply in the latest confirmed list is the highest figure since 1H 2018.

Knight Frank Singapore’s consultancy head, Alice Tan, said: “Notwithstanding the latest cooling measures targeting mostly investors, the increase in the total number of residential units that can be developed on confirmed list plots is viewed to be muted. This is considering the low unsold stock, construction delays and pent-up demand from genuine homebuyers.”

She predicts that in the next 6 months, developers are likely to increasingly look towards the sites on the GLS reserve list, with the smaller and mid-sized plots (yielding 600 units or less) more likely to be triggered for release.

MND unveiled 4 new sites for the next half,  split equally between the confirmed list (Lentor Central and an EC site in Bukit Batok West Avenue 5), and the reserve list (Lentor Gardens and Bukit Timah Link).

Ong of JLL noted that the state has been releasing more private housing sites to develop the new Lentor Hills neighbourhood a short drive from the Singapore Island Country Club. The locale’s accessibility has been improved with the opening of the Lentor MRT station in August.

The Dunman Road plot next to Dakota station and Geylang River, has been moved from the reserve to the confirmed list. It can yield about 1,035 private homes, which increases development risk.

Meanwhile, “the release of another EC plot on the confirmed list in Bukit Batok in June 2022, following the upcoming EC site launch in the area this month will help to address the upgrading demand of residents in the area,” Yip opined. “Some 7,788 3-room to 5-room HDB flats were completed from 2015 to 2018 and will offer a potential pool of HDB upgraders for the future EC projects on these 2 sites.”

Tricia Song, Southeast Asia research head at CBRE, noted that the Bukit Timah Link site is the smallest on the H1 2022 GLS programme; it can yield about 140 private homes. It is is next to The Linq@Beauty World, Beauty World Plaza and Beauty World Centre. It is also near the mixed development site at Jalan Anak Bukit, which was awarded to Far East Organization and Sino Group in August.

Said Yip: “The Bukit Timah Link site under the H1 2022 reserve list may attract some interest and be triggered for sale. “The Beauty World area is undergoing a major transformation. Judging from the sales in the past one year, buyers are eager to be part of the change. The relatively smaller site  and palatable quantum make it a prime target to be triggered for sale.”

“The government will continue to monitor economic and property market conditions closely and adjust the supply of future GLS Programmes, as necessary,” MND said.