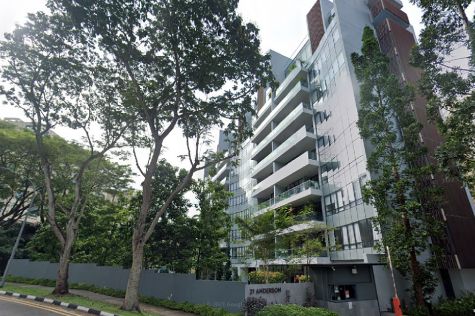 HONGKONG-LISTED Far East Consortium International Limited (FEC) announced on Friday night that it has entered into a sale and purchase agreement to sell 21 Anderson, a 10-storey freehold condominium block of 34 units, for S$213 million.

The buyer is a unit of Kheng Leong Group, the private real estate arm of the family of veteran banker and UOB chairman emeritus Wee Cho Yaw.

The price works out to S$2,490 per square foot based on the strata area of 85,552 sq ft for the prime district 10 property. The units in the development are substantially leased.

Sakal Real Estate Partners, a boutique real estate investment advisory, is understood to have brokered the deal by private treaty. The firm declined to comment.

Located at the corner of Anderson and Walshe roads, the property comprises three and four-bedroom apartments of between 1,900 sq ft and 2,200 sq ft and four penthouses, each in excess of 4,500 sq ft.

The condo has a swimming pool, a tennis court and gym facilities. It is on land area of slightly over 49,000 sq ft.

The development , which was completed in the late-1990s, has been refurbished along the way.

FEC, controlled by the Chiu family, will be exiting 21 Anderson at a profit. It paid S$196 million in 2018 for the property, which it acquired from Blackstone, which in turn purchased it from Arch Capital in 2014 for S$164 million. Arch paid S$200 million for the asset in 2010.

Savills Singapore executive director of research and consultancy Alan Cheong said 21 Anderson is located within a “super prime enclave for a condominium”.

“It is extremely rare to find a residential asset in such a location and with a decent land size on the market.”

Kheng Leong is likely to hold the asset for rental income in the short to mid-term, leaving the option for redevelopment thereafter, Mr Cheong added.

“Although the development potential of the site has been maximised, a product in such a super prime locale has its own pricing power depending on the design concept, features and quality of finishings,” he said.

Market observers suggest that the buyer is unlikely to incur additional conveyance duty (ACD) identical to the additional buyer’s stamp duty (ABSD) for the purchase.

ACD was introduced in March 2017, plugging a tax loophole that some investors had been using to save on stamp duty – including the hefty ABSD – for their residential property purchases by acquiring the properties indirectly, via shares in an entity or entities that own the property.

However, BT understands that for 21 Anderson, due to multiple layering in the existing holding structure for the asset involving Singapore as well as overseas-incorporated entities, the transaction may not fall under the existing provisions of the ACD legislation.