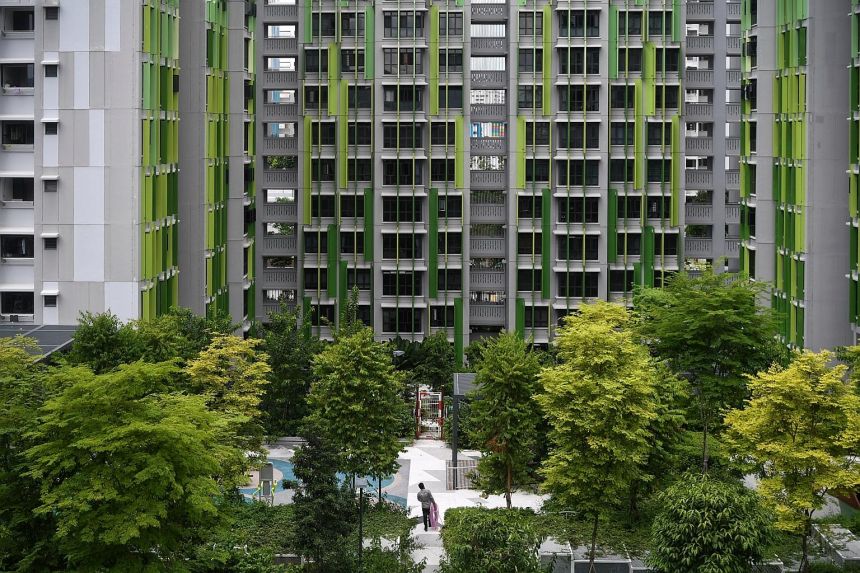 New flats with shorter leases and resale limited to only the Housing Board are some suggestions being looked at for future public housing projects in prime locations, said National Development Minister Desmond Lee yesterday.

Another idea is to impose a longer minimum occupation period (MOP) before the units can be sold or rented out.

However, each of these suggestions comes with trade-offs, added Mr Lee, who spoke at real estate agency OrangeTee & Tie’s virtual business conference yesterday.

While launching Build-To-Order (BTO) flats with shorter leases will make them cheaper, he said: “But what about subsequent buyers – would the remaining lease be sufficient to meet their needs?”

One suggestion is to allow owners to sell prime BTO units only to the HDB, which can then resell them at affordable prices. But this idea has drawbacks too.

“It is challenging to ascertain a fair buyback price, and why should these home buyers have a stopgap when others don’t? And we want to avoid artificially guaranteeing the values of these flats, which existing flat owners may view as unfair,” said Mr Lee.

A longer MOP period beyond the current five years may emphasise that these HDB flats are meant for own stay and not be viewed as an investment, he added.

“But this may inadvertently hamper home buyers who have a genuine need to move out as their family’s needs change,” said Mr Lee.

While some people have suggested not having public housing in prime areas, he noted that there are important social reasons for the Government to do so.

The idea of a new housing model, aimed at keeping future projects in prime locations – such as the city centre and Greater Southern Waterfront – affordable and inclusive for Singaporeans, was first floated by Mr Lee last December.

He noted yesterday that housing in many global cities has become so expensive over time that it is out of the reach of the average buyer, resulting in wealthy households concentrated in prime areas.

Mr Lee reiterated the need to provide additional subsidies for these prime flats on top of what is already granted today, to ensure that they remain affordable not just at the BTO launch stage, but also to subsequent buyers.

But he acknowledged that there are many downstream effects to consider, such as the first owners benefiting a lot more than those who buy without these additional subsidies.

“For fairness, we may thus have to find a way to recover some of these additional subsidies provided for flats in prime locations,” he added.

Savills Singapore’s executive director of research and consultancy Alan Cheong said none of the suggestions so far has provided satisfactory solutions to the “lottery effect” of HDB flats in prime areas.

“If all the solutions proposed come with side effects and are difficult to resolve, clearly it shows that we should avoid having this problem in the first place,” he added.

“It’s already proven that there will be a lottery effect based on what’s happening now in places such as The Pinnacle @ Duxton, and the cost of building more of such flats is higher than the benefits,” he said.

National University of Singapore real estate adjunct associate professor Steven Choo said a resale levy could be applied, based on the estimated appreciation of these flats, though the intricacies of such a policy need to be further worked out.

“But at the end of the day, as long as the HDB resale market remains a free market, it can’t be distorted too much and market forces must be allowed to be at work,” he said.

Yesterday, Mr Lee said BTO flats are not priced to cover rising construction costs, despite the challenges arising from a manpower shortage in the construction industry due to Covid-19. Hence, the pricing of new flats will not be affected significantly.

This comes as BTO projects are expected to be pushed back by a further three months, on top of the six to nine months’ delay previously announced by HDB last month.

Four shophouses in districts 1 and 2 put on the market