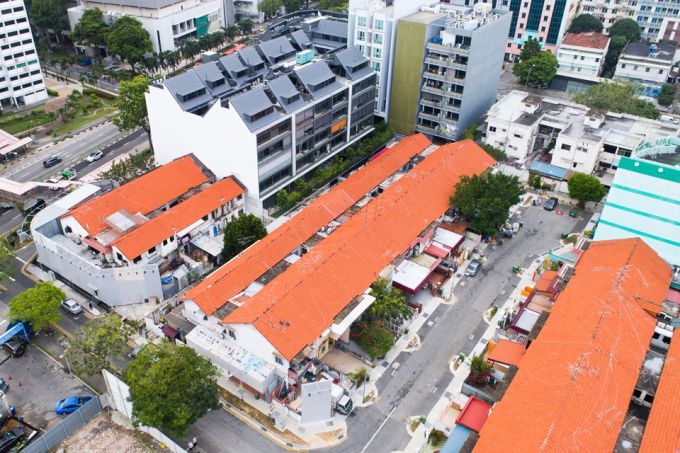 In what would be Singapore’s largest private residential transaction in the year to date, mainboard-listed property and hospitality group Roxy-Pacific Holdings is set to acquire a freehold residential development site for S$93 million.

At the moment, there are 15 adjoining two-storey terrace houses on the site with a baseline gross floor area of around 77,071 sq ft.

Written permission has been obtained for the proposed construction of a part-five, part-eight-storey residential development of 137 units, said Cushman & Wakefield, which brokered the sale.

The proposed project can have a maximum gross floor area (GFA) of about 103,967 sq ft, which can be increased to some 114,364 sq ft after including a 10 per cent bonus balcony area, Cushman & Wakefield noted.

In a bourse filing on Thursday, Roxy-Pacific said a plot ratio of 2.8 is allowed for a residential development on the site.

It added that its wholly-owned subsidiary RL East has signed an agreement for the deal. Cushman & Wakefield told The Business Times that the seller is SL Cheong. (see clarification note)

The freehold site will be acquired via the purchase of the 9,999-year leasehold estate interest in the 30 strata lots on the site, Roxy-Pacific said.

The property developer will finance the acquisition with internal funds and bank borrowings.

In 2018, The Business Times reported that the property was put up for sale at an indicative price of S$99 million.

It is about 9-11 minutes on foot to the Aljunied, Dakota and Mountbatten MRT stations.

Just a few minutes’ walk from the site is another upcoming freehold condominium, Arena Residences, developed by Roxy-Pacific. Launched in November 2018, the 98-unit project at 20 Guillemard Crescent is expected to be completed in August 2022.

He believes that over the next few quarters, more developers will enter the market to replenish their residential land banks, given the healthy take-up of recent project sales since the easing of movement restrictions in Singapore and other parts of Asia.

Property consultants are predicting a recovery in primary-market private home sales in November and December with upcoming launches.

This comes after developers’ sales had halved in October from the previous month amid few launches and the authorities’ clampdown on the re-issuance of options to purchase.